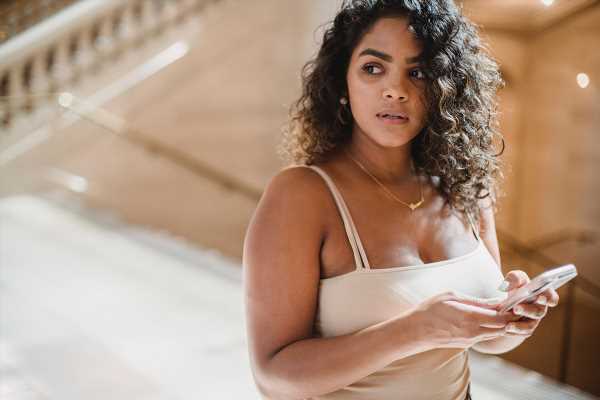 Whatever may be the motive, you need to think twice, thrice and even a million times before hitting ‘reply’ to the message, cautions Sybil Shiddell, country manager-India, Gleeden, an extra marital dating app.

Are you finding it difficult to get over your break-up?

If you are also one of those people who are stuck and spend most of their time in a dilemma, then it is time to introspect and give this a second thought, but cautiously!

Navigating breakups is a draining job and tough to handle when despite putting in your heart and soul to the relationship, all you got in return was shattered pieces of heart and unforgettable memories.

However, with time, you somehow managed to overcome all the bitterness and started moving on with life.

And then one fine evening, out of nowhere, a message notification pops in!

This text is a shocker.

In case you have deleted the contact, you remember it vividly and it hurts to see the same number flashing on the screen.

You have a flashback and the entire relationship journey comes before your eyes.

This person broke up with you and is now trying to initiate a conversation.

Remember, behind every break-up, there’s a strong reason.

Either they fell out of love, they fell in love with someone else or are unable to commit to the relationship whole-heartedly.

But the final conclusion is that they don’t wish to be with you anymore!

So, what could be the possible reason behind these unusual messages and stupid initiatives?

Why is your ex making moves suddenly, checking on you, and texting with a hope to get replies from you, despite things ending on a bitter note?

Whatever may be the motive, you need to think twice, thrice and even a million times before hitting ‘reply’ to the message.

If your ex is texting you after a break-up, it doesn’t come with the promise that he is sorry for what he has done to you and really wants you back!

The purpose behind this red flag behavior can vary from person to person and depends on various factors ranging from the kind of relationship you had with this partner, the emotional downfall, to their present life conditions, the way you broke up, etc., etc.

However, if you are clear that you want your ex to step back, we advise you keep your checklist ready.

You can’t afford to end up hurting yourself again right? So before arriving at any conclusions, make sure that you roll your eyes over this post and get a crystal-clear picture of your ex’s sudden arrival in your life and reason as to why he is doing so.

At Gleeden, (an extramarital dating Web site), we conducted a survey among 5,000 male users from Mumbai, Delhi NCR, Chennai, Hyderabad, Kolkata, Pune and Bengaluru to understand the possible reasons why men reach out to their exes after a break-up.

The survey had multiple choice questions and the outcome is quite interesting!

#1. He wants to express his bitterness

Moving on after a break-up has never been an easy path to walk on.

The unspoken emotions remain caged in our hearts and hamper our peace of mind.

He might be connecting with you with an aim to express his bitterness.

Probably he wants to feel light and find his mental peace by connecting with you and maybe even arguing with you.

When keeping quiet on things becomes tough, this is their preferred way of sailing through the rough phase. Loneliness can be another major reason behind his urge to text you.

He misses your presence and the bond and that makes him text you.

Strangely, he might be reaching out to you to know if you aren’t doing well in life and this might bring him relief and a spark of happiness. Sounds bitter and kind of sadist no?

According to Gleeden’s report, about 37% of men call their ex’s to show their unhappiness as they would like their counterpart to know what they are going through in life.

#2. He is guilty, genuinely

The most common reason behind your ex taking a U-turn, is that he is genuinely sorry for what he has done to you.

It’s a wrong thought that the one who gets dumped suffers the most, whereas it’s not the reality.

Many a times, the one who breaks up indeed goes through a tough time but has to separate owing to various reasons.

He may break up with you but will still be worried about you and about hurting your sentiments. Sounds ironic but its true!

He may come up to you and say such things, like ‘You deserve the best and I failed in it’, ‘It’s sad that things didn’t go the way we planned’.

But our suggestion would be to think through, play safe and don’t fall in the word trap!

About 52% of men call their ex’s to apologise for their past mistakes. Interestingly about 41% of them would like to be friends with their love interests after the breakup.

#3. Just to check about your whereabouts and ongoings

Your ex might be pinging you not to check on you out of concern but maybe out of curiosity.

Yes, there is indeed a huge difference.

Not hearing from you for the past few months might have made him wonder as to what you’re up to and what new elements your life has especially in terms of the dating aspect.

The possibility is, that he wishes to know whether you have moved on from him and are with someone else or if you still think about him.

If that’s the only question he has every time, then this is your cue to channelise your thoughts immediately and react accordingly!

About 32% of men call their ex’s just to check on their well being.

You read that right!

He might be wanting to make a comeback in your life for sex!

This is a major reason in most of the cases.

Though he was the one who broke up with you, he is desperate to have sex with you. But you should not allow him to take advantage of your seriousness of relationship and vulnerability.

He got back maybe because he knows how much you were into him and the relationship. Hence, he took things for granted and assumed that you would readily agree on his proposition for sex.

Furthermore, if you notice a certain pattern and receive his texts only during fixed hours of the day, mainly in the evening or late at night, then this is the red flag situation and he is wanting to come back just for sex.

It is important that before you dive deep in search of hope and envision a future together once again, you should get clarity whether he is genuinely wishing to make amends or is it just a hook-up sort of deal!

Interestingly about 35.5% of men fall in this category and they are open to keeping sexual relationships with their ex’s instead of being in a commitment with someone else.

#5. Texts you just out of habit

Your absence would have created a void in his life. He might be missing you and hence would be texting you out of habit.

After being into a long-term relationship with you, he might feel like listening to you, without any meaningful reasons or intentions.

But you have to be strong and reiterate to yourself that getting back to your ex just because of a few texts, won’t take you anywhere but will break you down completely!

About 60% of men have agreed to text their ex’s out of habit. This generally happens in the initial phase of the break-up and gradually it fades for most of them.

Also, about 31% of men keep texting their ex’s even if they don’t get a response in return.

#6. He genuinely wants you back in his life, forever!

Before jumping into the pool of happiness, and once again feeling butterflies in your stomach, wait for him to talk openly about things and ask him to prove to you that he really wants you back.

You will need to give time and only then will you be able to realise and understand whether he is keeping his word.

After staying apart from you for a long time and finding no valid reason to do so, might have made him realise his mistake of ending up the relationship.

However, give him and your relationship enough time and let him prove that he is worthy of you and genuinely wants to come back.

Wait and watch for good and positive signs in his behaviour and until then keep your fingers crossed!

As per the survey, 28% men genuinely connect out of love and concern and they really want their fallen relationship to work.

If you are still receiving frequent texts from your ex, focus on the ‘checklist’ above and navigate the actual purpose behind his U-turn.

Take time, analyse the situation and the changes in him and decide accordingly.

Do not allow anti-cupid to enter your love story and definitely don’t fall in love with the wrong guy. But if he loves you truly and genuinely wants to make amends, then do have another shot at love! 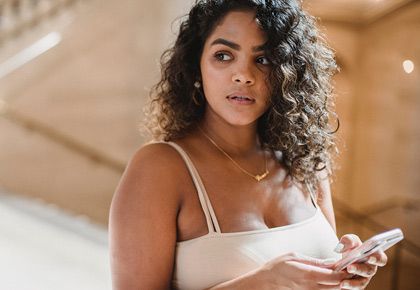