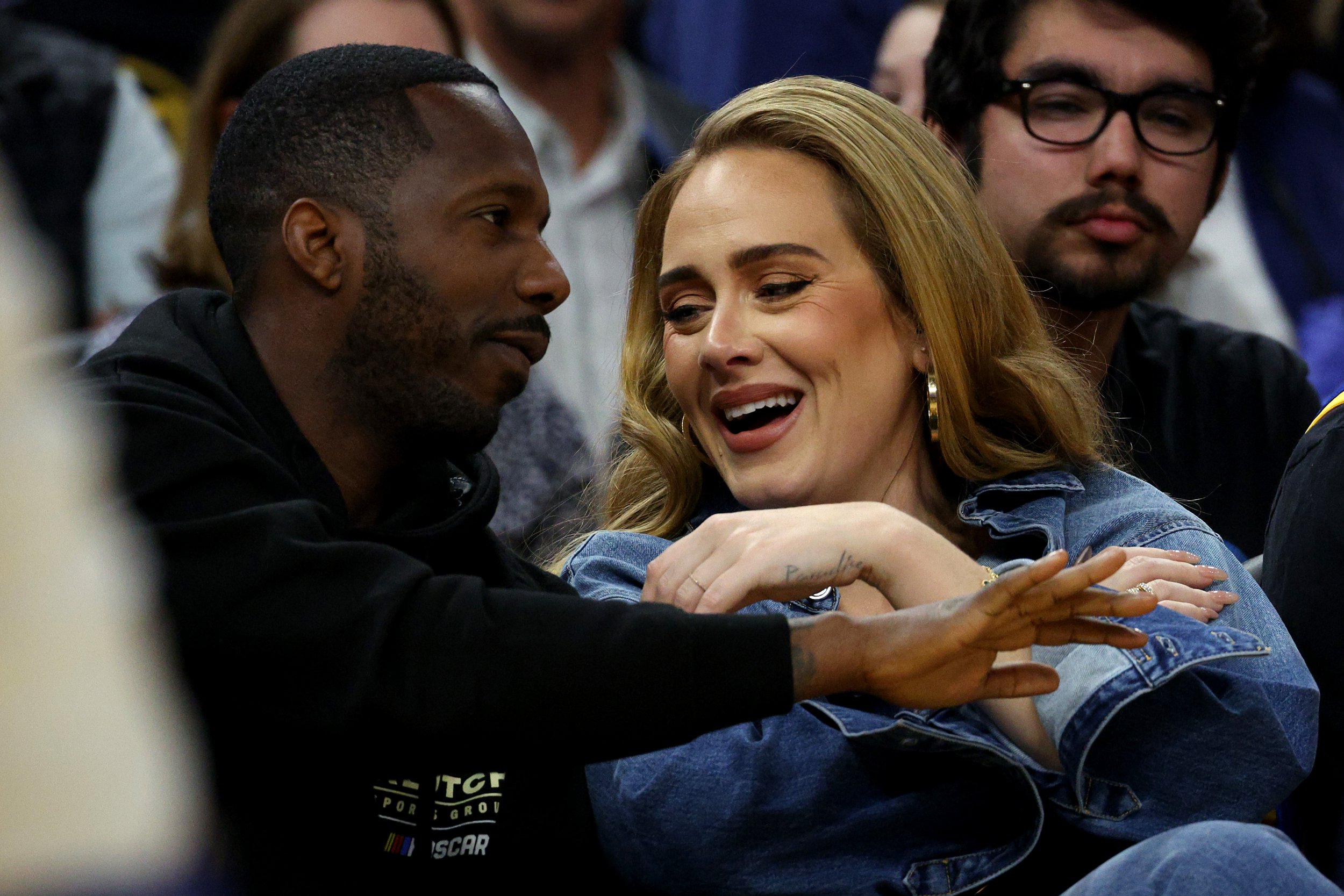 It seems Adele and boyfriend Rich Paul are on the same page about having a baby together, as her beau has said he’s ‘looking forward’ to being an older dad.

The Easy On Me singer previously confirmed her plans to have a baby with the sports agent within the next year once her workload calms down.

Adele, 34, is already mother to nine-year-old son Angelo from her former marriage to Simon Konecki, while Rich, 40, became a father at a young age and is believed to have three children, including grown-up daughter Reonna Simone.

However, he’s open to welcoming another child into the blended fold and has said he would do things a little different with all the parenting experience under his belt.

‘As a young dad, growing a business, it was pretty tough,’ Rich explained.

He added to E! News: ‘But now looking as an older dad and my kids being much older, and obviously, if I was to have more kids … I’m looking forward to being a different dad, a more patient dad.

‘Oftentimes as you’re building a business, you’re on the go, you’re moving around, the kids grow up fast in a blink of an eye.

‘Next thing, you know, they’re walking and they’re riding the bike, running and flipping around and that’s the problem.’

He added: ‘You know, I have a daughter that’s a junior in college so I was a very young dad, but now, different age, different time in my life, different position in my life. I’m really looking forward to being an older dad.’

In February, Adele revealed she would love to have another baby and hoped to do so in the near future.

Speaking to Graham Norton about her ill-fated Las Vegas residency, the Hello singer quipped: ‘It is absolutely 100% happening this year. It has to happen this year because I’ve got plans for next year

‘Imagine if I have to cancel because I am having a baby!’

The couple have been dating since early 2021 and recently confirmed they had moved in together after buying a $58million (£47m) mansion.