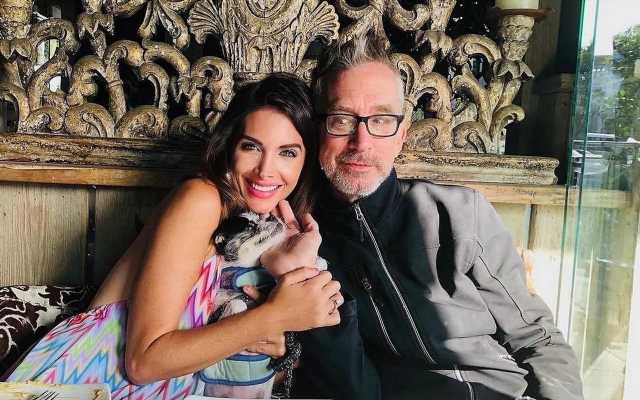 The ‘Employee of the Month’ star has reportedly broken up with his wife-to-be following an alleged reunion with his ex-lover, which ended with an arrest and assault accusation.

AceShowbiz -Embattled comedian Andy Dick has been dumped by his fiancee, just days after he was arrested for assault with a deadly weapon.

Former Cobra Starship bandmember-turned-media personality Elisa Jordana reveals she called off their engagement after becoming sick of the troubled actor’s bad behaviour, which included addiction issues and repeatedly choosing his ex-lover, Lucas Crawford, over his bride-to-be.

Jordana has detailed the reasons behind the split on her YouTube show, “Kermit and Friends“, insisting she “did love Andy at one point” before the relationship soured.

“I was willing to forgive him for his criminal charges, for always running to Lucas, choosing Lucas over me, choosing guys over me constantly, just being bad overall,” she claimed.

However, she knew the relationship was over for good when the “Employee of the Month” star forgot her birthday on 30 June (21) – four days after his latest arrest, turned up late to her party and apparently asked her mum “for pills” and then left to meet up with Crawford.

Reflecting on the split, Jordana said, “I just put in so much effort. I want to step back because… I think I can think more clearly…”

“I am independent, so if anyone wants to date me please reach out to me. I’m available.”

He was arrested by Los Angeles police on 26 June for allegedly attacking Crawford with a metal chair but, after he was released on bail, the funnyman claimed he was the real victim and had acted in self-defence, as his ex had reportedly broken his leg.