Bigg Boss has been the country’s most loved reality show. Fourteen seasons have passed, but the craze for the show has always remained high. Each season of the show has a separate fan-base. Every time, there is something special in the episodes and among the most special things have been the love confessions in the house. The latest episode of Bigg Boss 14 where Rahul Vaidya proposes to his girlfriend, Disha Parmar, has set the internet on fire. This is surely the most adorable development till date on Bigg Boss 14, and we just cannot stop watching the episode on repeat mode. This beautiful marriage proposal reminded us of all those love confessions that earlier took place in the Bigg Boss house. Revisit them over here… 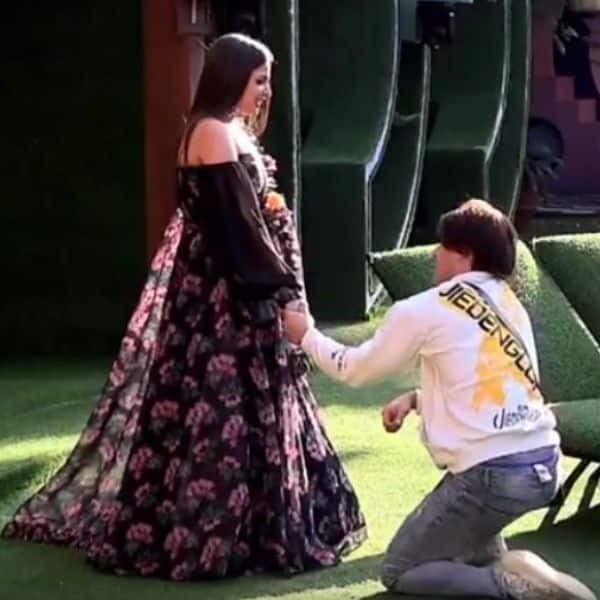 Bigg Boss 13’s Asim Riaz had proposed to Himanshi Khurana when she had returned to the house to support him for a task. This was the cutest one we saw on television. Himanshi did not answer him immediately but by the end, she did say yes. 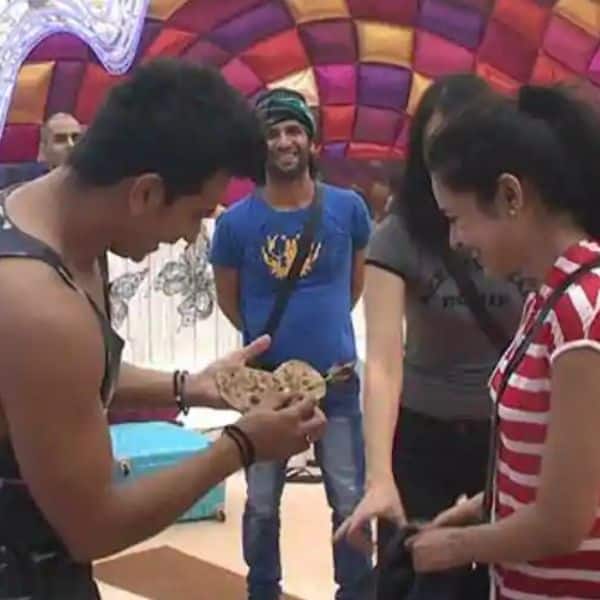 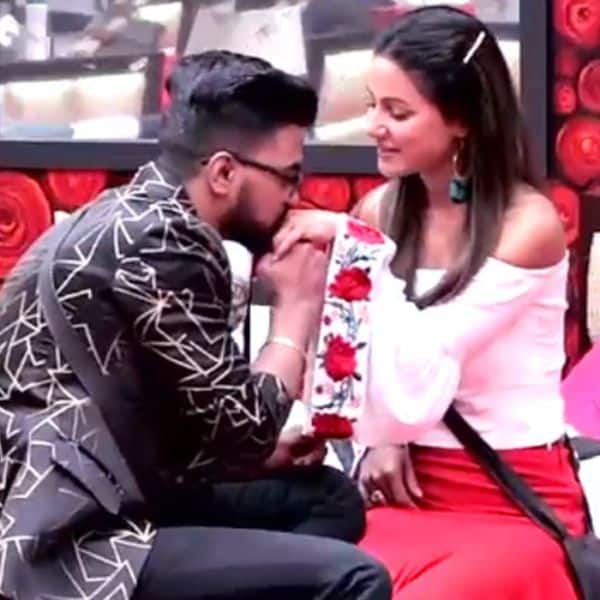 Hina Khan was a part of Bigg Boss 11 and her boyfriend, Rocky Jaiswal had entered the house during the family week. He proposed Hina on national television as they sat in the bedroom area. 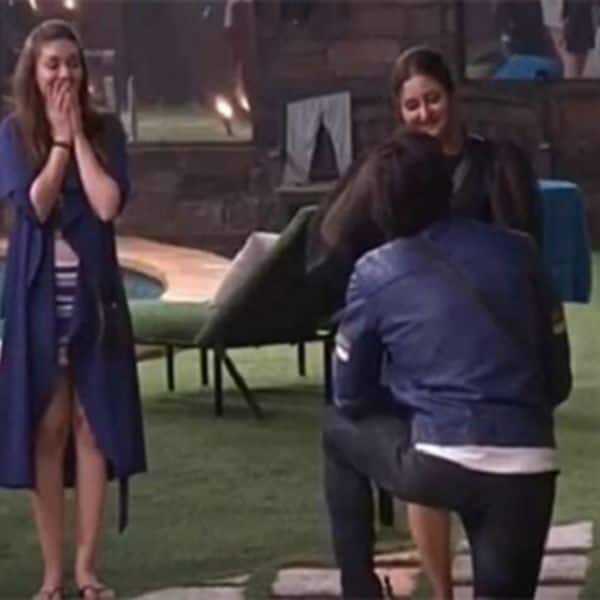 Bigg Boss 13’s Rashami Desai was proposed by Arhaan Khan in the house. Arhaan Khan had entered the house again as a wild-card and had gone down on his knees to propose her. However, Rashami Desai’s happiness was short-lived as during the weekend she got to know some shocking truth about Arhaan Khan. 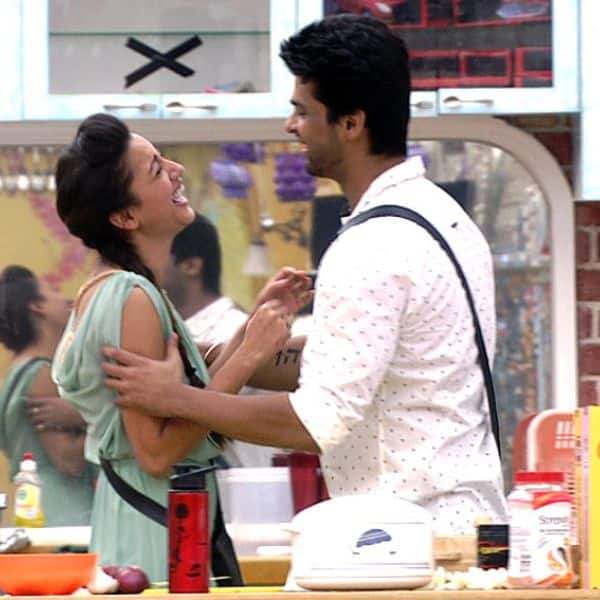 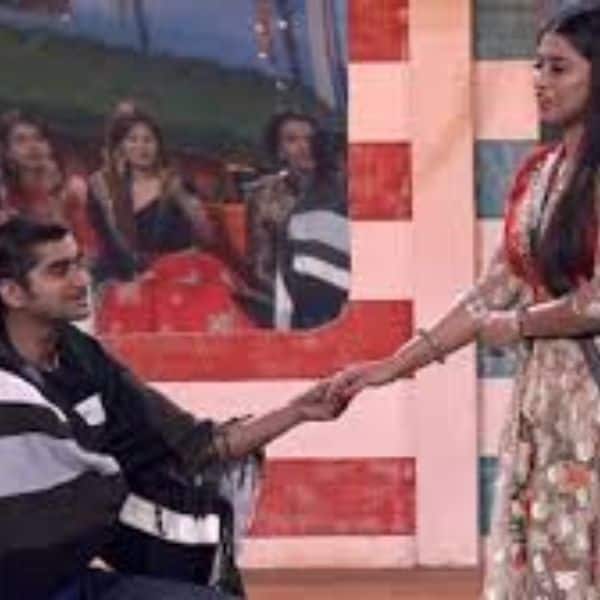 Bigg Boss 12 contestant Deepak Thakur had proposed co-contestant Somi Khan. However, she did not respond much but did stay as his friend in the house. 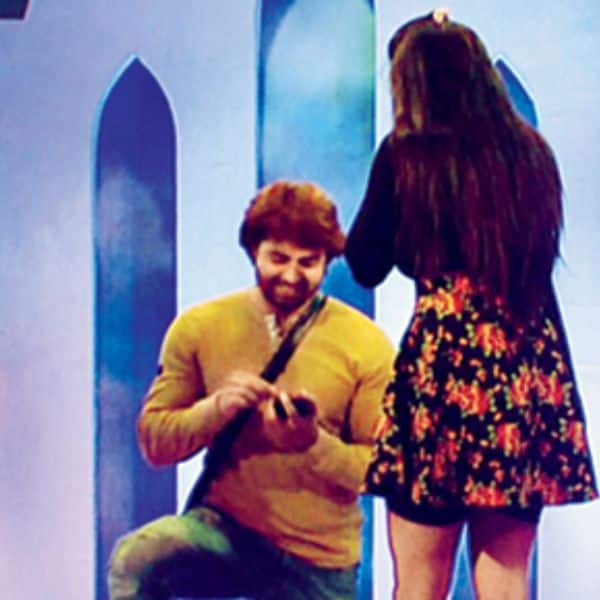 Bigg Boss 10 contestant Monalisa’s boyfriend Vikrant Rajpoot had entered the show as a guest. Bigg Boss had organised this special surprise for Monalisa. Vikrant was in the activity area of the room and he proposed her for marriage. Post that Bigg Boss also organised a grand wedding for them inside the house. 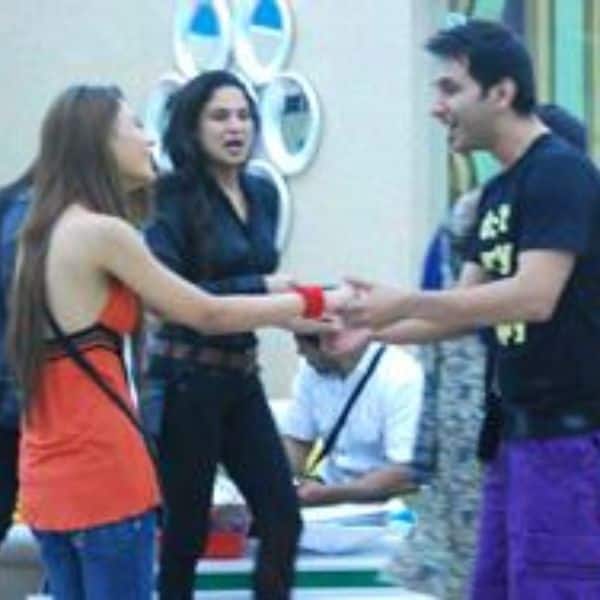 Ali Merchant had proposed Sara Khan on the show and later got married on the show itself. Their family members had entered as guests and they married on national television. However, after some years they parted ways. 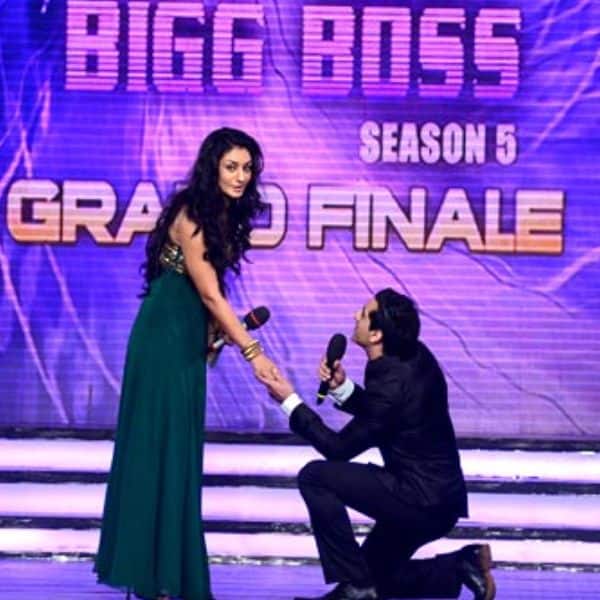 Danish Khan had proposed Mahek Chahal during the finale of Bigg Boss 5. Mahek had accepted the proposal but later the two broke up.