Bigg Boss 14 has been loved by the fans. The show has been the most awaited one and the premiere episode was loved by the audience. Post that we have seen so many interesting things happening in the house. We also have the toofani seniors, Sidharth Shukla, Hina Khan, and Gauahar Khan. The house of season 14 is also different as we have a mall, a spa, and a theatre. The show has been impressing fans and especially the toofani seniors have entertained us to a different level. Sidharth, Hina, and Gauahar are in the house for two weeks and will be deciding which contestants will be confirmed to move forward in the game. However, it recently reported that a few more seniors will enter after Sidharth, Hina, and Gauahar leave the house. Yes, it was reported that Rashami Desai, Paras Chhabra, Gautam Gulati, and Asim Riaz might enter the show. But nothing was confirmed and now, Paras Chhabra and Rashami Desai’s picture has gone viral.

Paras Chhabra had shared a picture with Rashami from the sets of the show and fans are speculating that they are entering Bigg Boss 14. Paras Chhabra wrote, “Humari khus phus @imrashamidesai.” This has raised the excitement level and fans want to see them entering the Bigg Boss house. 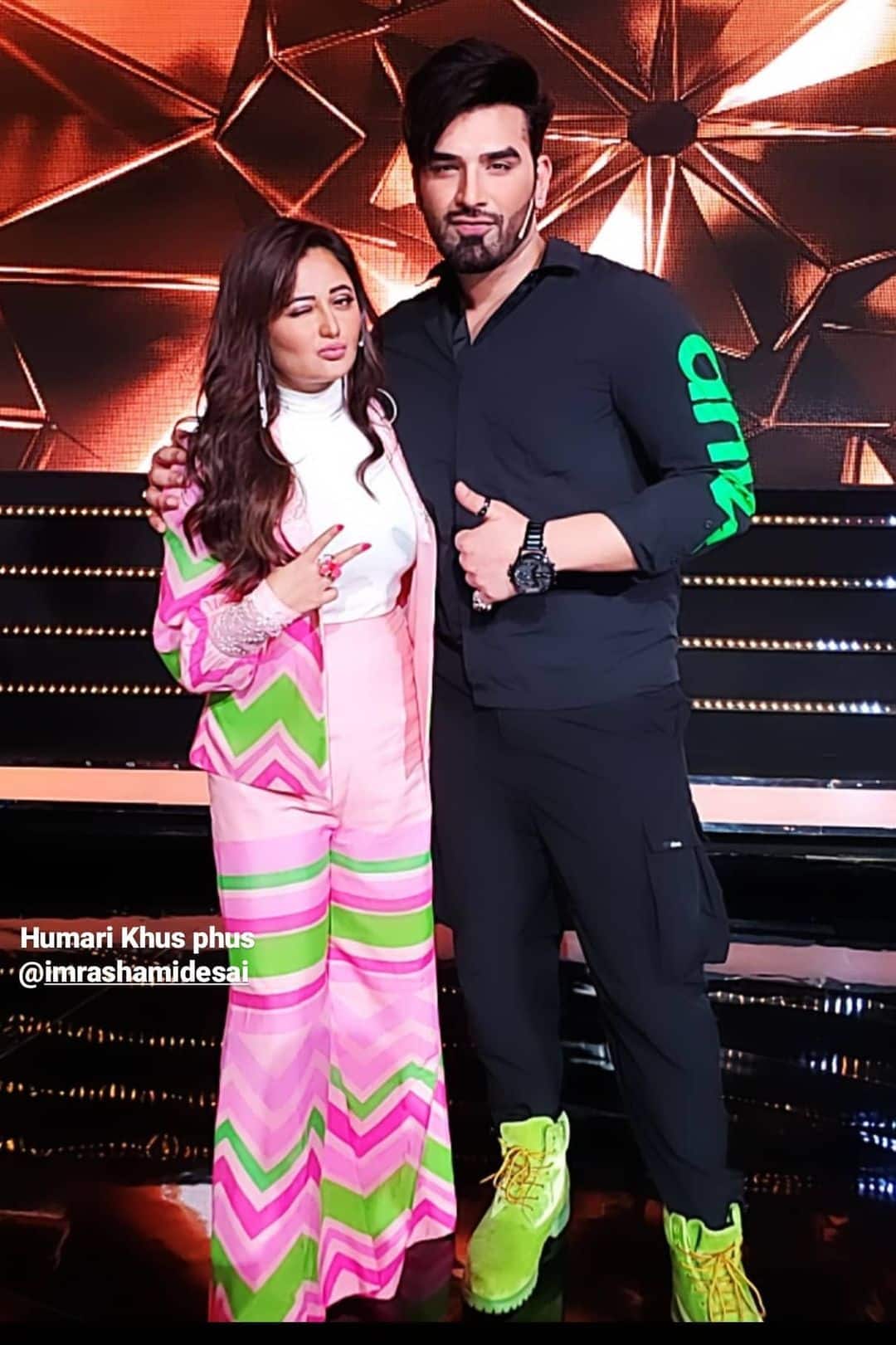 Talking about Bigg Boss 14, the second week of the show began with a bang. We saw the farm and task which left us all amazed. The contestants showed good energy and made the task interesting for us. We got to see a new side of the new contestants post this amazing task. They made all the possible efforts to impress the seniors and saved their respective farms. The house was divided into two teams. And we saw, Rahul Vaidya, Nishant Singh Malkani, Eijaz Khan, and Pavitra Punia’s team won the task. They also won the immunity while the other team, Jasmin Bhasin, Abhinav Shukla, Rubina Dilaik, Jaan Kumar Sanu, and Shehzad Deol were nominated.