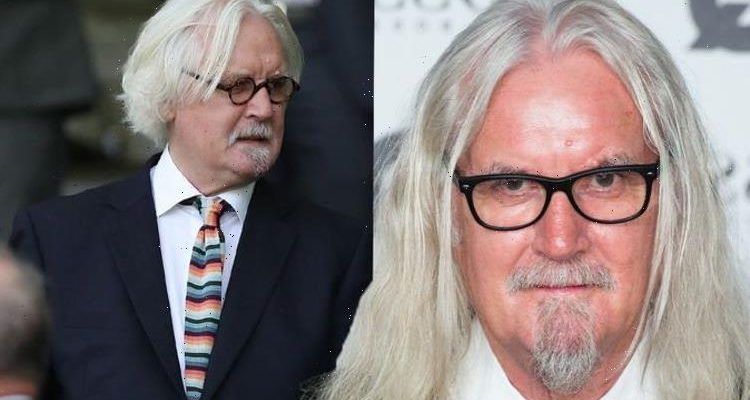 Billy Connolly, 79, was diagnosed with Parkinson’s in 2013 and has revealed he can no longer use his left hand to play musical instruments. The star tries not to feel sorry for himself but when he does, he revealed he thinks of those who are doing worse than he is.

I have good days and bad days.

Speaking on BBC Radio 2’s Steve Wright In The Afternoon, the comedian said he thinks about sick children in order to try and not feel sorry for himself.

He said: “I try not to feel sorry for myself. I do it by thinking of children who are sick, and they handle it, so the least I can do is get on with it.

“I have good days and bad days. I had a bad day today, when I was coming on the way here, I was walking like a drunk man, but it’s cured itself so I’m quite happy.”

He continued: “It’s a peculiar disease, it strikes when you least expect it.

“My left hand is no use to me anymore, so I don’t play my instruments anymore.”

Talking about not being able to use his hands in the same way anymore, he said: “I just get on without them. You have to give up things. It picks on you, it picks on the bits you like and gets rid of them.

“I have to behave in a certain way so my children don’t think I’m a dead loss. I want them to think, ‘He does well with what he’s got’.”

This comes after Billy recently said he thinks about death every day since his Parkinson’s diagnosis.

“I’ve seen people die and it’s OK. It’s not painful. You just go away. You exhale and it’s gone. It’s nothing to be frightened of. It’s just the next step.

“As it goes along it’s taken more and more of what I like. And it’s kinda painful. I have to behave in a certain way so my children don’t think I’m a dead loss. I want them to think, ‘He does well with what he’s got’.”

Speaking to Radio Times’ Christmas issue, the comic said: “I loved writing letters, but now my writing is illegible.

“My collection of fountain pens and ink is redundant. It’s a pain in the bum.

He claims he has learnt to “hypnotise” his hands to keep involuntary shaking caused by the disease at bay.

He told the publication: “I’ve learnt to hypnotise my hand. I glare at it and it kinda quivers.

“I just stare at it, and eventually it stops. It’s quite a good trick. We love it.”

Billy will be discussing his health battle in a new ITV documentary My Absolute Pleasure.

As well as an inside look at his new lifestyle, the star will share some of his favourite stand-up routines from his five decades in showbiz, some of which have never been seen before.

Billy Connolly: My Absolute Pleasure will air on ITV at 9.30pm on Sunday.

The documentary comes after the release of Billy’s first-ever autobiography, Windswept and Interesting.