Blake Lively and Ryan Reynolds have recreated their first date, enjoying a romantic meal at the Boston restaurant they visited a decade ago.

Blake Lively, 33, and Ryan Reynolds, 44, have been going strong for 10 years — and their romance is still very much alive. The Deadpool actor and the Gossip Girl alum had a romanic date night on July 31 at O Ya in Boston, which was the site of their very first date. “10 years later. We still go out on our ‘first date’. But in much more comfortable shoes,” Blake captioned an Instagram Story.

In the snap, Ryan donned a dark blue button-down shirt while Blake stunned in a black and white polka dot dress. The sweet couple, who said their “I do’s” in 2012, now share three daughters: James, 6, Inez, 4, and Betty, 2. Ryan also rocked a pair of dark trousers and Nike sneakers as he cuddled up to Blake while recreating their first date. Meanwhile, Blake wore black sandals and accessorized with colorful earrings, as she swept her blonde hair behind her shoulders.

“If it weren’t for this place. We wouldn’t be together. No joke. No restaurant means more to us,” Blake added, while Ryan re-shared the snap on his Instagram page, writing, “I cut out my wife’s cute earrings. She trained me better than this. Sorry if I let anyone down.” It comes just one week after Ryan opened up about how he pursued his wife, following their first encounter on set of the 2011 film Green Lantern. 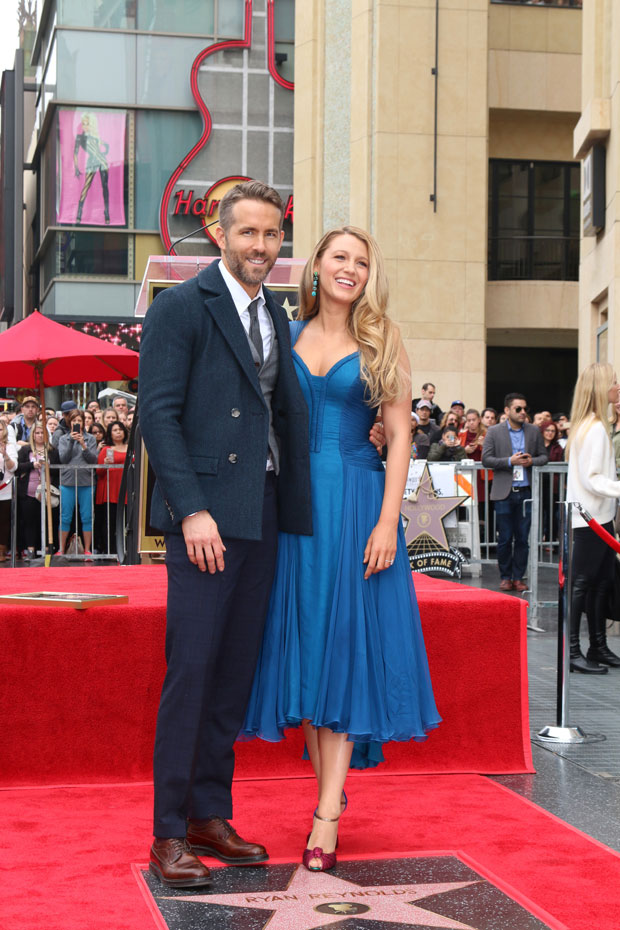 He appeared on on Jason Bateman, Sean Hayes, and Will Arnett’s podcast SmartLess on Monday, July 19 and revealed he kept “begging” Blake to sleep with him. “I met Blake on the darkest crease in the anus of the universe called Green Lantern,” he recalled. “We were friends and buddies and about a year and a half later we went on a double date, but we were with dating separate people.” The two “hung out” and “always kind of kept in touch but casually,” but a train ride to Boston in which he made the first move changed their trajectory.

“Next thing you know, she was going to Boston, I was going to Boston and I said, ‘Well, I’ll ride with you,’” Ryan said. “We got on the train and we rode together. I was just begging her to sleep with me.” When asked about how quickly they went from dating to a more serious relationship, Ryan said the progression was “like out of a fairytale.”