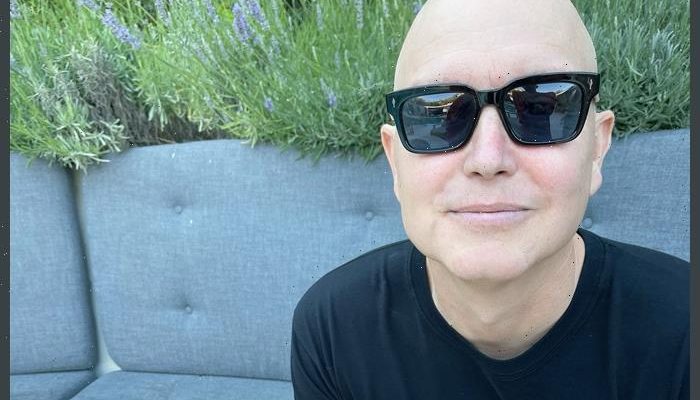 Mark Hoppus on Sunday (July 4) shared a photo of himself with a bald head on social media.

“The Cancer Haver wishes you all a very happy Fourth of July weekend,” he wrote as a caption to his picture that shows him wearing black sunglasses.

The 49-year-old rock star lost his hair as a side effect of his chemotherapy treatment.

During a game of Blinko on Twitch with fans last month, the Blink-182 singer/bassist revealed that he has been battling cancer for the past three months. Hoppus did not specify the type of cancer he is diagnosed with.

Answering some questions about how he is feeling after his latest round of chemotherapy, Hoppus said, “I feel much better than yesterday. Yesterday was hellish for me and I woke up today feeling better – I went for a walk, and I had a decent breakfast, and I haven’t felt like I was going to throw up today, so we’ll take it as a win.”

He also shared with fans the limitations he is experiencing these days, saying, “I can’t go anywhere right now. I wanted to go to the Dodgers last night – I can’t. I want to go hang out with friends and go to a restaurant – I can’t. My white blood cell count is way too low for me to go out so I am stuck trying to get better. That’s alright, I’ll take it.”