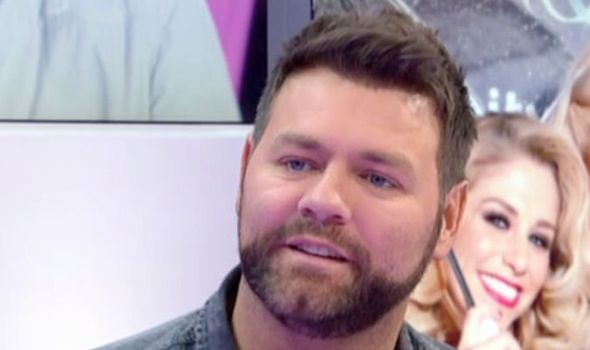 “I was looking out of my car window and the rain was coming down in sheets,” he says. “I could only imagine what it would be like to be a person with no roof and no permanent shelter in a downpour like that, moving from doorway to doorway, not knowing where the next meal will come from, or when…” The former Westlife singer and TV presenter this week announces that he will be performing two charity shows over the Christmas period to raise money for homeless charity Crisis. Brian, 39, sounds choked over the phone. “I’m not a politician but I feel strongly about this issue,” he says. “Every major city I have lived in – London, Dublin, Manchester, New York – has people sleeping rough and there is no need for it.

“This is a growing problem, in the middle of huge wealth, it’s obscene that it’s getting worse.”

He adds with conviction: “It shocks me to learn how many ex-servicemen are on the street. These veterans fought for our freedom and our way of life, some are suffering with PTSD. It sickens me to see them abandoned.

“It’s not something that should be tolerated. We have a duty of care and they should be treated with respect.

Brian, who has just finished a sell-out tour with Keith Duffy, 45, in their Boyzlife combo, recalled a friend in Australia who slept rough.

The star had moved Down Under in 2004 to be with his then-girlfriend Delta Goodrem, returning to Ireland in 2012.

“When I lived in Sydney my best friend was Kyle Sandilands who was a morning DJ on the Kyle & Jackie O Show. Kyle had been homeless for two or three years in his teens and he told me so many shocking stories about life on the streets.

“He got so hungry that he would go to the local supermarket every morning and steal a loaf from the bread that had been freshly delivered before the shop opened. 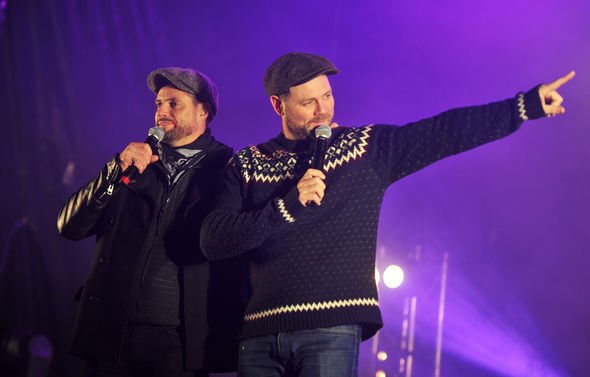 “But it was different in Australia because they don’t have the cold weather there like we do.

“In the UK a record number of rough sleepers died last year and the continued rise in homelessness in Britain’s cities is shocking.

“This country has a lot of money. Surely we can take care of the homeless?”

Dublin-born Brian is performing two shows called Brian McFadden’s Christmas Jam in December – one in Manchester at the Gorilla club, one in London at the 100 Club, both in association with Musicians Against Homelessness, supporting Crisis.

“They will be loads of fun,” he promises. “I’ll have special guests coming up and singing each night. Tickets are £15 so everybody who turns up and buys a ticket will be getting one person off the street and into a warm, safe place for a night. That way we can all make a difference.”

Brian’s guests will include singer songwriters Emily Capell, from London, and Bolton based James Holt, plus DJ Katie Owen (who is Vicky McClure’s stepdaughter) and in London, Andy Bennett formerly of Brit Pop combo Ocean Colour Scene. Other guests will be announced shortly.

“The bottom line is the homelessness crisis is  not right,” he says. “Everybody should have a place to call home. Crisis help thousands of people out of homelessness each year and we can all do our bit.”

Boyzlife, who appeared on a Foodie festival Musicians Against Homelessness stage over the summer, are back on the road in the UK next year. The pair have toured together since 2016 performing a mixture of Westlife and Boyzone favourites including Flying Without Wings, More Than Words, and No Matter What.

Brian says: “The 30 dates for 2020 are nearly sold out and we’re thinking of adding another sixty. We both love touring.”

Boyzlife have also recorded a greatest hits album with the Royal Philharmonic Orchestra. Between the two of them, McFadden and Duffy have had 21 Number One singles, so he laughs “The live set pretty much writes itself.

“For the album, we have recorded five Boyzone songs and five Westlife ones.”

Brian, who now lives in Rochdale, Greater Manchester, supports Man United and also raises money for the Bubble Foundation charity which fights to save babies who are born with no immune system.

Musicians Against Homelessness is the brainchild of support worker Emma Rule, a Crisis At Christmas volunteer who works at Jimmy’s shelter in Cambridge; Creation Records founder and Oasis guru Alan McGee is its patron.

Emma, 48, told the Daily Express: “Cold weather can prove fatal for people sleeping on the streets. For many, Christmas is a time to spend with friends and family, and to exchange gifts. But for those without a stable home, reality can be very different.”

Jon Sparkes, Chief Executive at Crisis, added: “We’re thrilled that Brian will be helping to raise vital funds for Crisis through our incredible long-time supporters, Musicians Against Homelessness.

“The money raised will go to support the work we do year round to end homelessness, as well as at Christmas when we provide vital services and support to leave homelessness behind for good.

“Everyone should have a safe and stable home. We support people experiencing all forms of homelessness – whether they’re in temporary accommodation such as B&Bs or hostels, sofa surfing or rough sleeping – to get the tools they need to leave homelessness behind.

“That’s why we’re so grateful that Brian and Musicians Against Homelessness will be helping us to ensure that in the future, everyone will have a safe place to call home.”

*Brian McFadden’s Christmas Jam will take place at Gorilla, Manchester on December 20th and the 100 Club, London on December 22nd. Tickets from £15