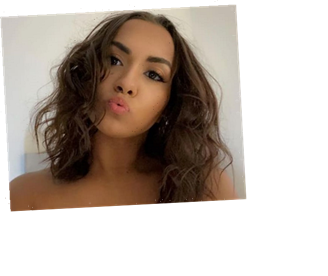 Now more than ever, reality television stars have numerous opportunities to supplement their incomes through social media.

They’d be foolish not to take advantage of these opportunities, as even the most successful franchises come to an end eventually, and stars often find themselves virtually unemployable as a result of their behavior on camera.

And if there’s one reality star who understands the realities of her situation, it’s Briana DeJesus.

Throughout her time in the spotlight, DeJesus has maintained a full-time job, and she’s taken advantage of other potential revenue streams as they’ve presented themselves.

Bri’s latest venture might well turn out to be wildly lucrative — but it seems it’s also been highly frustrating.

Earlier this year, DeJesus joined OnlyFans, and she seemed to do so rather hesitantly.

At the time, she made it perfectly clear that she would not be getting nude on the site, and that users should be well aware of that fact before they subscribed.

And yet, Briana still finds herself fielding questions about how much skin she’ll be showing to her subsribers.

Earlier this week, DeJesus tweeted a link to her OnlyFans page.

It wasn’t long before one of her Twitter followers replied with the question Bri seems to be getting a lot of these days:

“But is you showing a–?” this person inquired.

Bri seemed upset by the insinuation that she would go to such lengths in order to pay her bills.

But the fan didn’t pick up on the rhetorical nature of her question, and instead, they continued encouraging her to strip down.

“All signs point to yes… show the real p0rn,” this person wrote.

This is certainly not the first time that Bri has been encouraged to reveal a bit more of herself on her OnlyFans page.

Clearly a bit confused about this new medium, she started her career as an OnlyFans model by issuing a question of her Twitter followers.

“If you don’t put your butthole on it just delete it, it won’t make much money,” one fan replied.

“Lmao I would never,” Bri responded.

But just because she won’t be going full b-hole, that doesn’t mean you won’t be seeing a different side of Bri if you subscribe to her OnlyFans.

Briana told fans that she “would love for y’all to get to know me on a more personal level,” hence her interest in the platform.

So far. that more personal level has included reviews of Bri’s favorite sex toys (including one with a “clitoral vacuum” that she seems fond of), as well as insights into her sex life.

Folks, if that’s not worth ten bucks a month, we don’t know what is.

Bri’s OnlyFans might not be televised, but she’s definitely offering up a whole lot a reality.