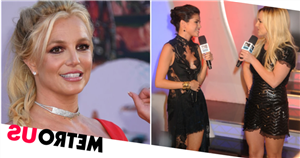 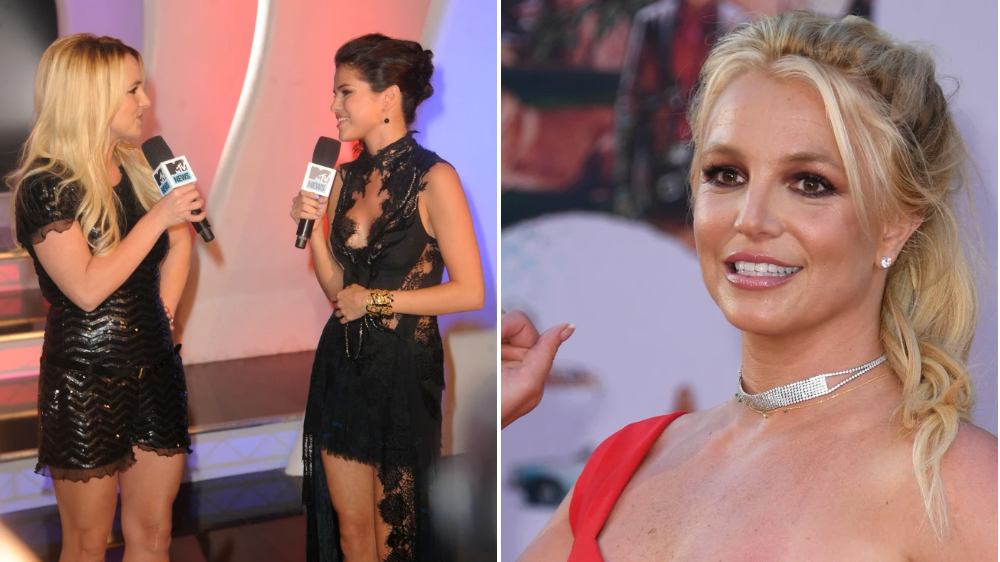 Britney Spears appears to have taken aim at her friend Selena Gomez over a speech she gave in 2016 in a now-deleted post.

Fans were left shocked and confused by the caption, especially since the pair have seemed very close, with Selena attending Britney’s wedding to Sam Asghari this year.

The caption, which accompanied photos of Britney in a red bikini, has since been deleted and changed to three flower emoji.

In the original caption, Britney appeared to quote a speech Selena gave at the 2016 American Music Awards after winning the female artist – pop/rock award, in which she said: ‘I don’t wanna see your bodies on Instagram. I wanna see what’s in here,’ while gesturing to her heart. ‘I’m not trying to get validation nor do I need it anymore.’

Britney wrote: ‘Don’t you just love the nerve of women who stand firmly getting awards and speak on their beliefs about not showing their bodies on instagram ???!!!!!.

‘They say “This is NOT something I would do” yet those women are the very ones who get 4 million dollar budget videos made about sucking and licking on homemade ice cream!!!!’

Britney’s ice cream reference may be about Selena’s 2020 collaboration with BLACKPINK, which saw them release a music video including visuals of them eating ice cream.

Britney went on: ‘These other girls have nothing but beautiful bodies !!!! Who cares if the flaunt it ??? THEY SHOULD !!!’

‘So the next time I see someone with a big budget video sucking on lollipops yet giving righteous speeches shaming other women for exposing their bodies, I would like to tell those people don’t be a hypocrite as you suck on your lollipop having HUGE budget dreams…

‘why would you stand firmly against girls getting attention JUST LIKE YOU and they have absolutely nothing ????’

Selena does not appear to have responded.

Fans weren’t sure what to think, with one commenting: ‘Leave Selena ALONE.’

‘Brit dear, you didn’t get the message in selena’s speech! She was not referrig to you, let go! Stop shaming her 🤦🏽‍♀️ [sic],’ another said.

One more added: ‘You could’ve made your point and left Selena out of it.’

In June this year, Selena was among those invited to Britney and Sam’s wedding.

Shortly afterwards, Britney shared a photo of Selena, writing: ‘She came to my wedding. The three most beautiful women in hollywood … @drewbarrymore, @parishilton … I had no idea !!! I was SO HAPPY !!!’

She added: ‘It was so cool she was able to get to me and share her thoughts … Although I’ve been forced to see people against my will my whole life … she was a beautiful surprise !!!’

Selena also said of the wedding: ‘I am really happy for her. It was beautiful.’

Metro.co.uk has contacted reps for Selena Gomez and Britney Spears for comment.

You can follow our new Snapchat show Pop Cultur’d, the go-to place for all things pop culture.

Keep up with the latest Showbiz exclusives by following Metro Showbiz on Snapchat.

And football fans can indulge in all the transfer gossip and more on Metro Football on Snapchat.