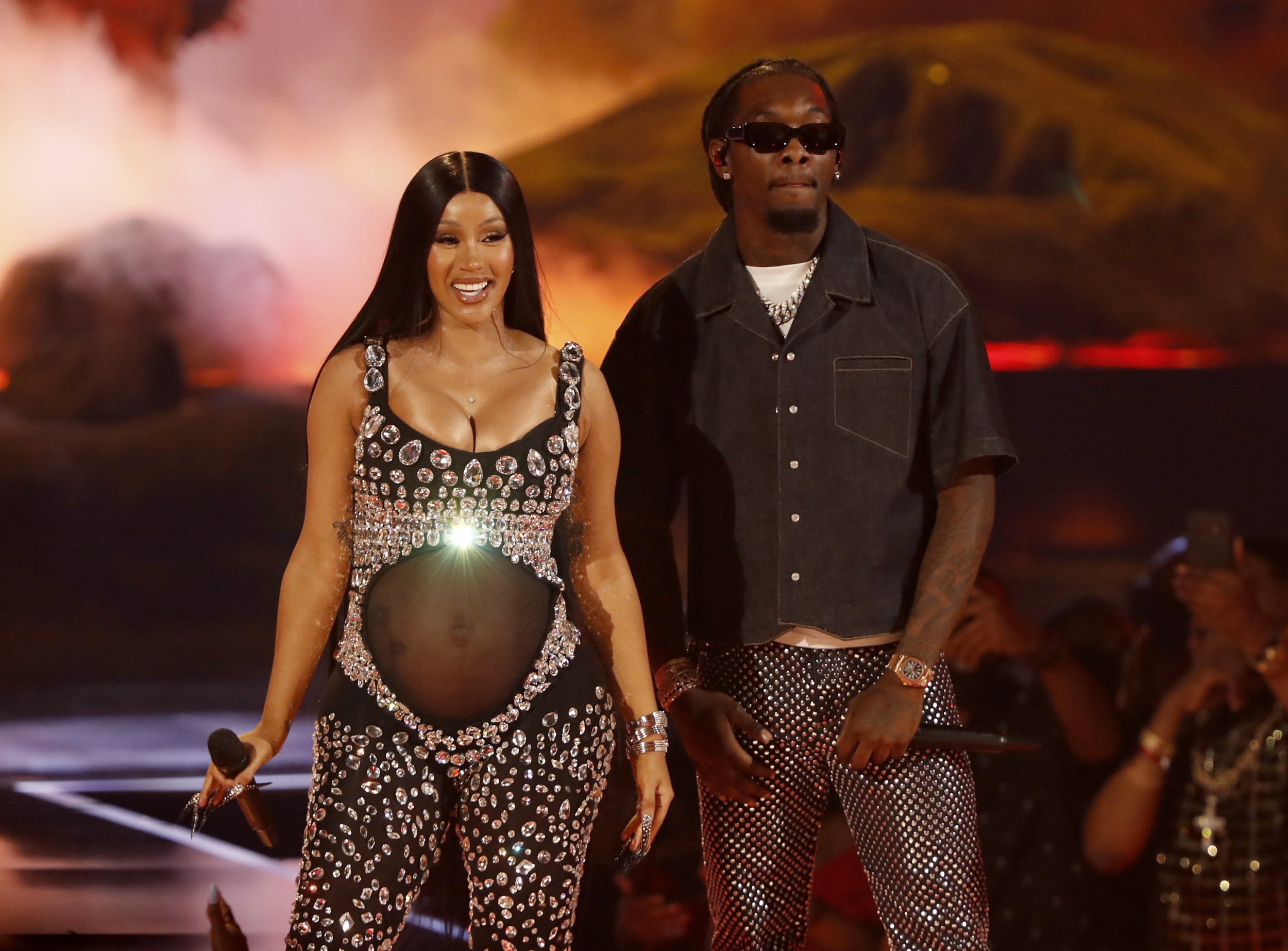 Cardi B revealed the huge news that she is pregnant during a surprise appearance alongside husban Offset at the 2021 BET Awards on Sunday night.

The rapper made the announcement as she joined Offset and his rap group Migos on stage for the track Type S**t.

Walking out on the stage for the song Cardi sported a rhinestone-studded bodysuit with a sheer panel on the front that revealed her growing baby bump.

It will be the second child for the couple who are parents to three-year-old daughter Kulture. Offset is also dad to daughter Kalea, six, and sons Jordan, 11 and six-year-old Kody from previous relationships.

Their baby news was acknowledged by BET Awards host Taraji P Henson who later quipped: ‘Cardi B and Offset, giving us life – literally.’

The Bodak Yellow rapper, real name Belcalis Almanzar, posted a pregnancy shoot on Instagram later in the night with the caption ‘#2’.

In the striking image a heavily pregnant Cardi poses completely naked with her torso covered in white paint, her hands gently resting on her bump.

Cardi and Offset have had a turbulent relationship since secretly tying the knot in 2017 and came close to getting divorced last year, with the mum-to-be telling fans she was ‘single’ in October.

However they later reconciled and while the musician apologised to fans, she was wasn’t going to let criticism stop her.