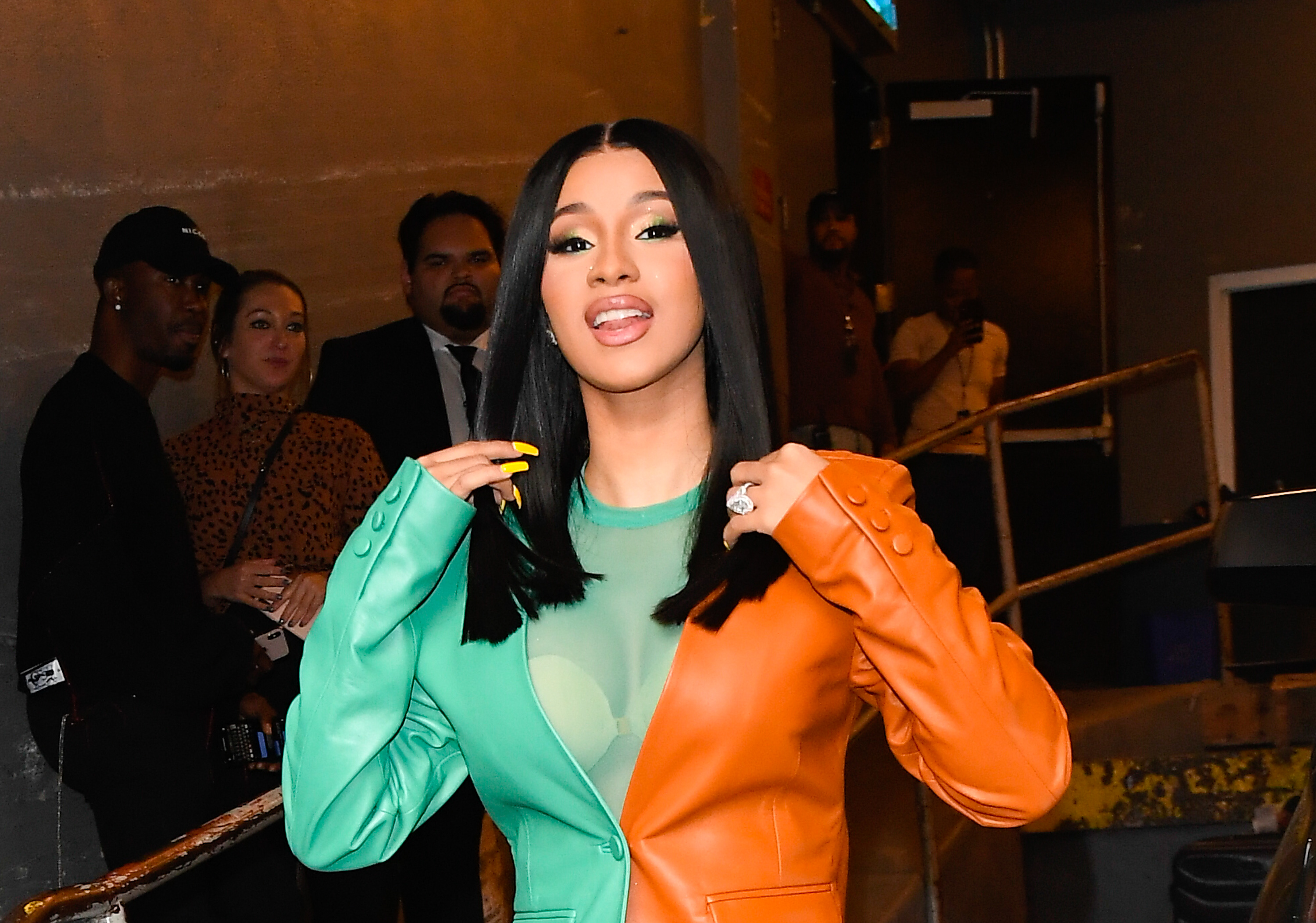 Cardi B has hit out at commenters saying that her daughter is autistic.

The US musician, 29, shares Kulture, three, as well as son Wave, nine months, with rapper Offset, 30.

While the Bodak Yellow hitmaker is never one to shy away from expressing her opinions or defending herself, she especially has no time for people talking about her kids.

On Friday, a Twitter user told Cardi to get off the app so she could pay attention to her children, before saying that Kulture is autistic.

Quick to respond, Cardi wrote: ‘My daughter is not autistic…You can’t call her ugly so y’all have to diagnose her wit something.’

She added: ‘WHY YALL BRING UP KIDS FOR?’

Autism Spectrum Disorder (ASD) is a complex, lifelong developmental disability that typically appears during early childhood and can impact a person’s social skills, communication, relationships, and self-regulation, according to the Autism Society.

Many of Cardi’s 23.3million followers hurried to agree with her and show her support, with the rapper retweeting several posts.

One read: ‘I love you @iamcardib you have a BEAUTIFUL family! People in life are real deal miserable and I hate the fact you go through this dumb s**t now they talking dumb about your kids smh typical. You are a STAR . They are jealous of your life , husband and family [sic]’.

Another person tweeted: ‘The day the losers on social media stops making Cardi their punching bag I will rejoice. No matter how many people say “all celebs deal with this”…that will never be true. Nobody gets the kind of licks that people expect Cardi to lay down and take’.

Kulture will celebrate her fourth birthday next month, and we have every expectation that she’ll be spoilt rotten, since her famous parents love to shower their kids and each other with lavish gifts.

Cardi and Offset married in a private ceremony back in 2017 and welcomed second child Wave last September.

However, it wasn’t until April that the WAP rapper opened up about his unusual name, which she says her husband chose.

She later told Essence that they waited to reveal his moniker out of ‘terrible behaviour of others online following their daughter’s birth.

‘So many people will post mean, disgusting things, just to get a reaction from us,’ she explained.

‘We want to protect our feelings, because we get very, very angry and upset.’

But, it seems things are all rosy at home and the two little ones are getting along swimmingly as, back in March, Kulture sweetly said she doesn’t want another brother or sister because Wave is ‘perfect.’