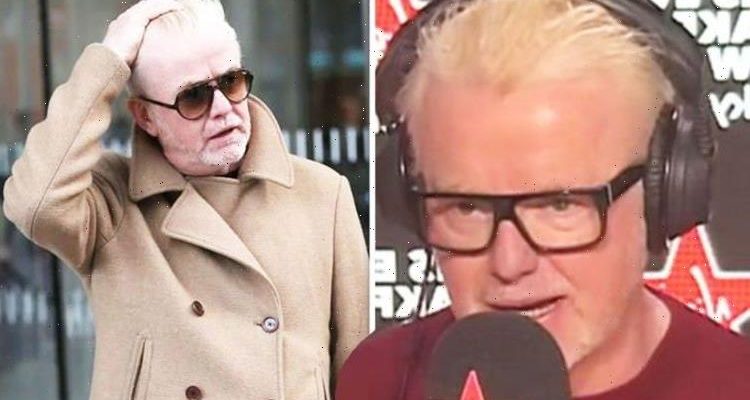 Chris Evans, 55, took to the airwaves on Virgin Radio and revealed his plans to present his weekday show from the United States. The former Top Gear presenter announced the news in error.

Speaking to his co-stars Vassos Alexander and Rachel Horne, Chris explained that next month he plans to be on the West Coast of the US.

“If we go to the States….,” he trailed off and suddenly stopped talking.

“Did I just say that out loud?” Chris quizzed his co-stars.

He then yelled: “Oh no!” after realising he delivered the seemingly secret news live on-air.

Vassos interjected: “I think it’s going to be quite a surprise to people that you would like to move to California.”

Chris asked: “Have you checked out the travel rules for entering America. When can we go?”

“We haven’t got a date yet,” Rachel replied. “But we’re hoping early November.”

The radio DJ explained that he would like to get to the States before the Los Angeles marathon, which is due to take place on November 7.

But his co-star confirmed that they are planning to head to California at the end of next month.

Rachel explained: “We’re planning to get there for Thanksgiving (November 25).”

The Virgin Radio host didn’t confirm how long they planned to host the show from the United States.

The presenter also didn’t detail his reasoning for their decision to temporarily relocate the programme.

Chris comments come after he praised singer Kylie Minogue after it was revealed she plans to move back to Australia after 30 years in London.

Her representative has reportedly confirmed the news to The Evening Standard.

A source close to the hitmaker told The Mirror: “This is something she has been thinking about for a while.

“This year, when she was in Australia for an extended period due to travel restrictions, it gave her time to think about where she wants to be based.”

“Kylie is moving back to Australia full-time which is fair enough,” he commented. “We’ve had our fair share of her.”

He continued: “I’m sad to see her go but I’m grateful for what we’ve had.”

Chris Evans on Virgin Radio airs weekdays at 6am.