Kirstie Allsopp quipped you “couldn’t make it up” as Number 10 Downing Street cat Larry was spotted washing his intimate area during ITV’s news coverage of the Conservative Party resignations. Another user joked the feline “reflected the mood of the nation”.

In the background was Larry, who has lived at Downing Street since 2011, licking himself.

“Look at Larry⁩ washing his nether regions on the windowsill, you could not make it up ⁦@Number10cat,” wrote Kirstie.

Sean replied: “Having clean b***s makes him the most qualified in that cesspit”. 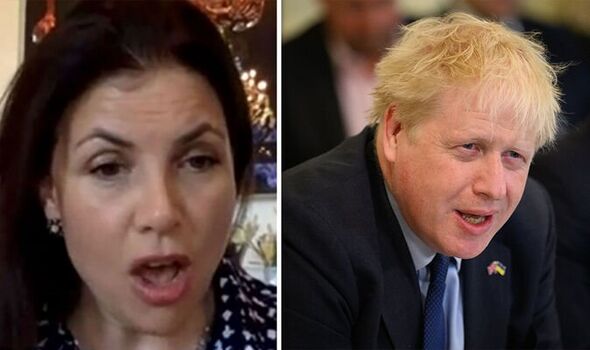 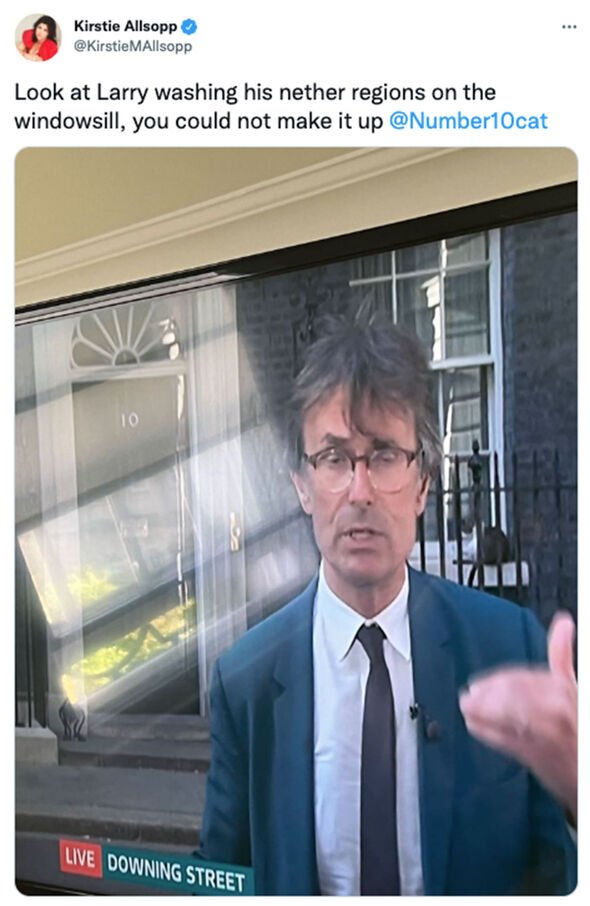 Diana wondered: “How does he always manage to reflect the mood of the nation?”

“I think he’s commenting on the whole thing by flashing his n**s,” echoed Dave.

The headlines have been dominated this evening by several resignations in the Conservative Party.

Many have been left wondering if Prime Minister Boris Johnson will continue on, or resign in the wake of the blows. 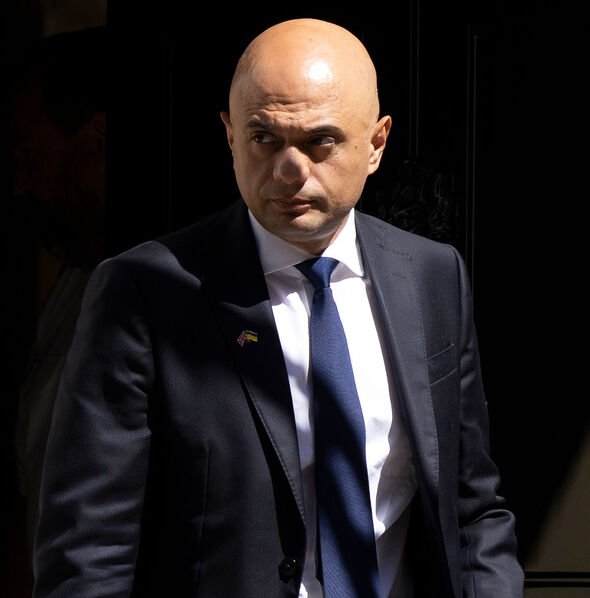 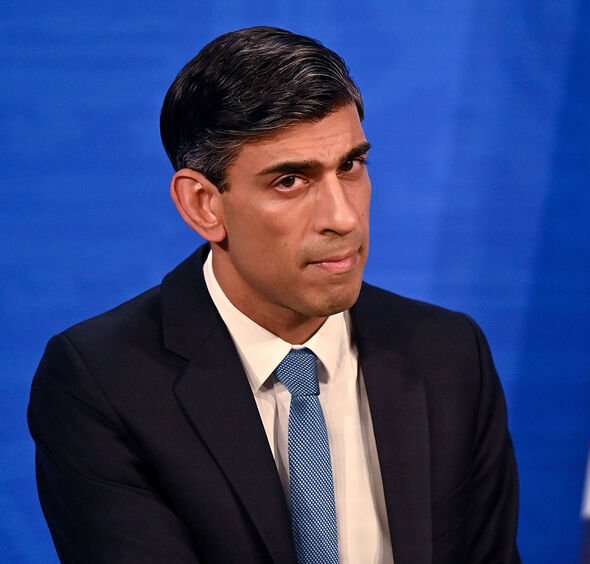 Both the Chancellor, Rishi Sunak, and Health Secretary Sajid Javid announced they were stepping down this evening.

Mr Javid had told the PM that after the vote of no confidence last month, “it is clear to me that this situation will not change under your leadership – and you have therefore lost my confidence too”.

He added on Twitter: “It has been an enormous privilege to serve in this role, but I regret that I can no longer continue in good conscience.”

“I recognise this may be my last ministerial job, but I believe these standards are worth fighting for and that is why I am resigning”.

“Is this the tipping point for the Prime Minister?”

In further tweets, he added: “It’s over @BorisJohnson – resign.

“More terrible news for Boris – Dominic Raab is NOT resigning.

“Going to be a very dramatic night in British politics.”

Lorraine Kelly added: “Surely it’s all over for Boris Johnson”.