Dakota Johnson looked absolutely gorgeous, as she graced the red carpet for the premiere of her latest movie.

Dakota Johnson was totally beautiful on the red carpet for the London premiere of The Lost Daughter on Wednesday October 13. The 32-year-old Fifty Shades star was dazzling, as she wore a sheer, skin-colored dress, which looked like it shined as she walked. The long-sleeve dress also had fluffy ends at the sleeves, near her hands. She also had long earrings and high heels to complete the outfit. 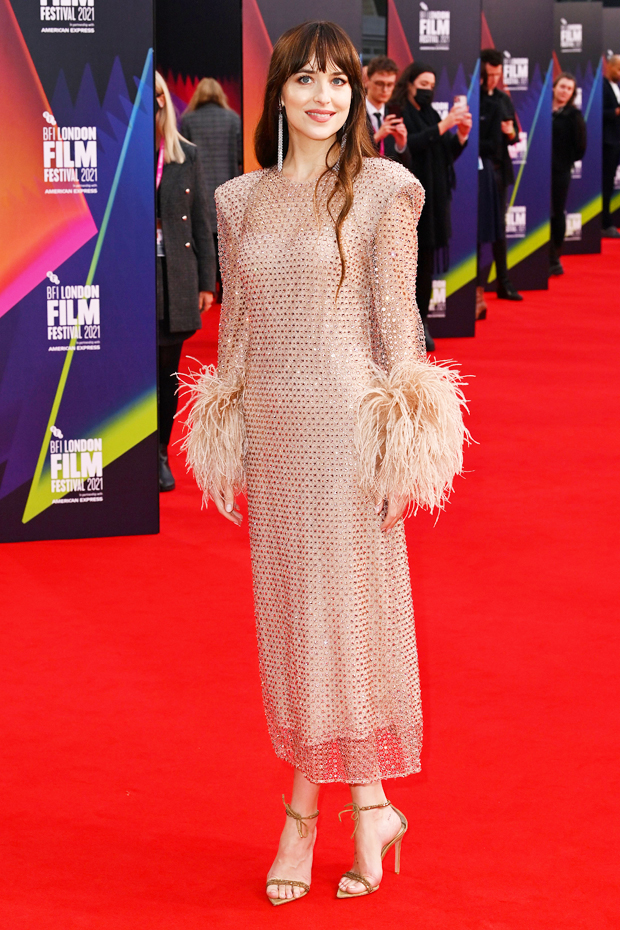 Other than her outfit, Dakota looked lovely for the premiere, with her hair slightly curled and some simple bangs. Her outfit was a much lighter color than the all-black look she wore to the New York premiere of The Lost Daughter. For the NYC event, she rocked a black lace corset and leather pants with black heels, for a sexy all-black look. In The Lost Daughter, she plays Nina, alongside Olivia Coleman, Peter Sarsgaard, Jessie Buckley, Paul Mescal, and Oliver Jackson-Cohen. The movie was directed by Maggie Gyllenhaal. 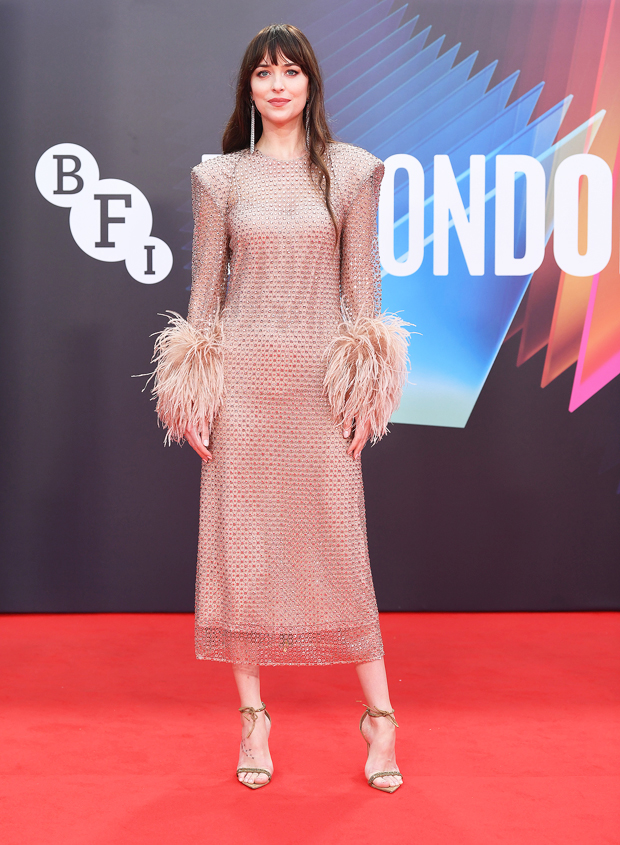 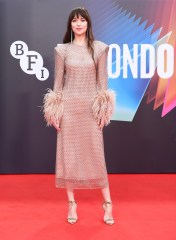 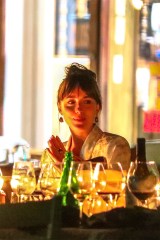 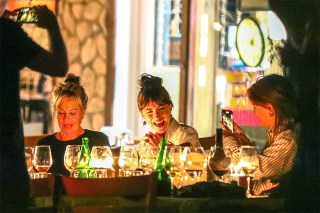 The sheer, sparkling dress is only one of the most recent fashionable outfits that Dakota has displayed. The High Note actress was also spotted matching with her mom Melanie Griffith, 64, while the two had dinner to celebrate Dakota’s 32nd birthday earlier in October. She also showed off some sexy lingerie, when she appeared in the trailer for the St. Vincent (whose real name is Annie Clark) movie The Nowhere Inn.

It’s no surprise that Dakota looks absolutely stunning at red carpet events! Besides her mom being Melanie Griffith, her dad is another Hollywood icon: Don Johnson, 71. Dakota is also dating Coldplay singer Chris Martin, 44, and the pair have been together since 2017. The pair sparked engagement rumors at the end of 2020, when the actress was photographed with a massive emerald ring on her finger. The pair have been seen, looking as in love as ever, throughout 2021, like when they linked arms during a summer getaway or were spotted on a lunch date in April.