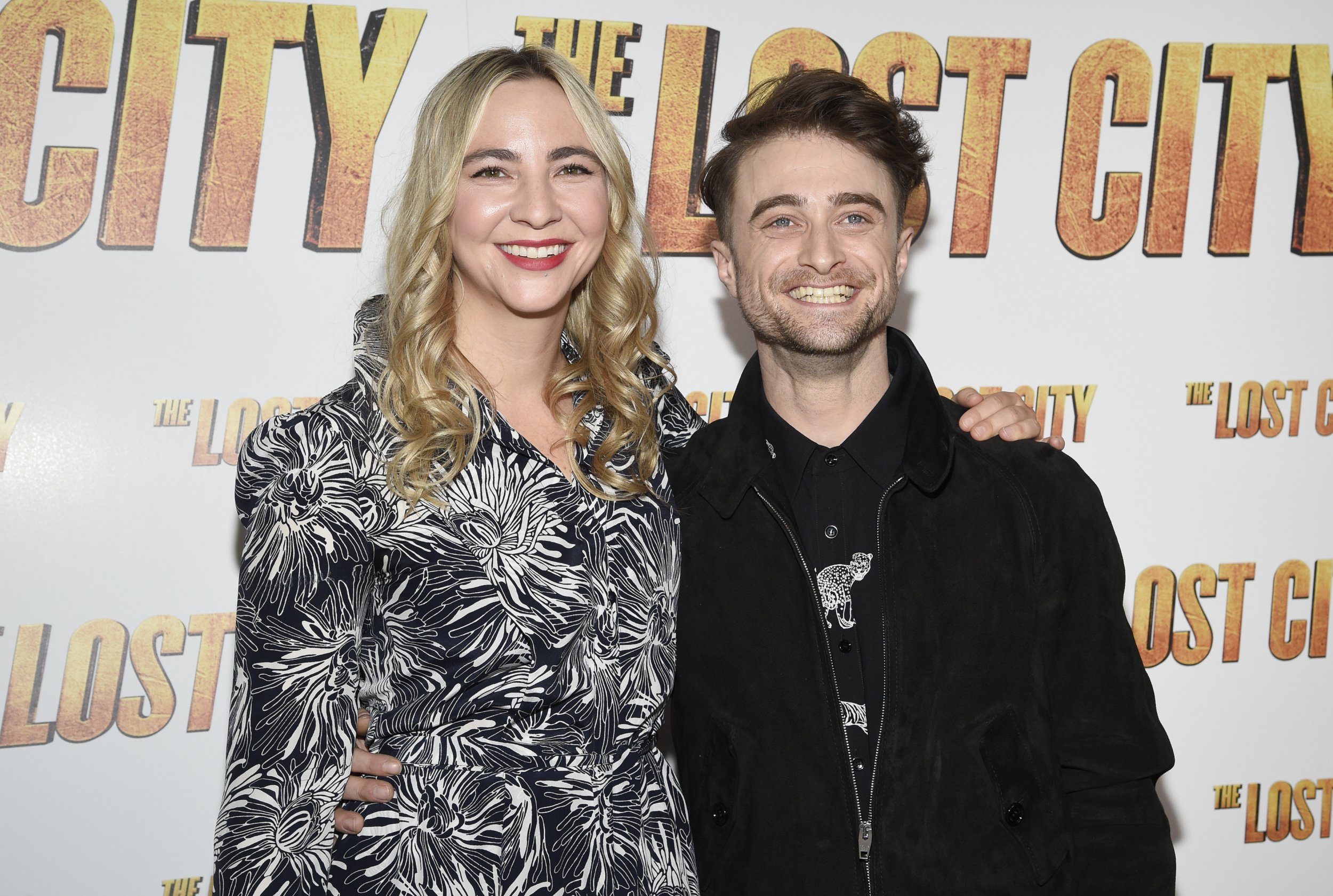 Daniel Radcliffe gave a rare insight into his love life as he made a rare red carpet appearance with longtime girlfriend Erin Darke.

The Harry Potter actor swapped his bestie Sandra Bullock for his real life partner while attending the latest premiere for his new movie The Lost City.

Hosted at The Whitby Hotel in New York City, the star-studded premiere saw Daniel, 32, cosy up to actress Erin, 37, and they looked pretty giddy as they hugged and shared laughs while posing for photos.

At one point, the couple were snapped looking lovingly into each other’s eyes with their arms affectionately wrapped around one another.

It’s one of the few times Daniel has walked the red carpet with his leading lady since they met and began dating in 2012.

Love blossomed for the pair after they worked together on the 2013 drama movie Kill Your Darlings, in for which they filmed a sex scene. However, they didn’t acknowledge their relationship until 2014 when they rocked up to the 2014 Tony Awards.

Recalling the first time they met, Daniel previously said on People TV’s Couch Surfing series: ‘It’ll be a hell of a story to tell our kids one day because of what our characters do with each other.

‘Our characters are meeting and flirting with each other, so there is this kind of sweet record of us just meeting for the first time and flirting.’

In 2020, the actor – best known for playing the boy wizard in the blockbuster franchise – explained how he knew Erin was the one.

Speaking to Radio Times, he said: ‘I grew up doing lots of things where I thought, “This is super nerdy. I’ll never be able to do this around a girl”. But that’s the wonderful thing about the moment you find the relationship you’re meant to be in.

‘It’s like, “Oh, I can do all of that stuff and you don’t mind. And you actually think it’s fun, too. This is fantastic!”’

The Woman In Black actor also shared how they make their relationship work with their busy and ever-changing work schedules.

‘There’s always an element of long distance with two actors in a relationship,’ he said.

‘We always end up travelling a lot but this is the longest we’ve done. It is what it is. I’m very grateful for Skype and FaceTime.’

The Lost City is out in cinemas on April 15.