Comedian Dave Chappelle, who is currently on the European leg of his joint tour with friend Chris Rock, made comments about the shocking incident when in Liverpool. Reminding the audience that 53-year-old Will Smith was from a rough part of Philadelphia, USA, Chappelle said that just moments before he was about to win the Best Actor award for his role in the film King Richard, he acted “like he was back in Philadelphia”.

Chappelle, who is known for his satirical comedy sketches added: “Will did the impression of a perfect person for 30 years, and he ripped his mask off and showed us he was as ugly as the rest of us.

“Whatever the consequences are… I hope he doesn’t put his mask back on again and lets his real face breathe.

“I see myself in both men,” Chappelle added.

Chris also spoke openly about the incident, dedicating a small portion of his comedy set to the event. It was during this part of the show that the funnyman said: “F*** your hostage video,” referring to the actor’s viral YouTube and Instagram apology video. 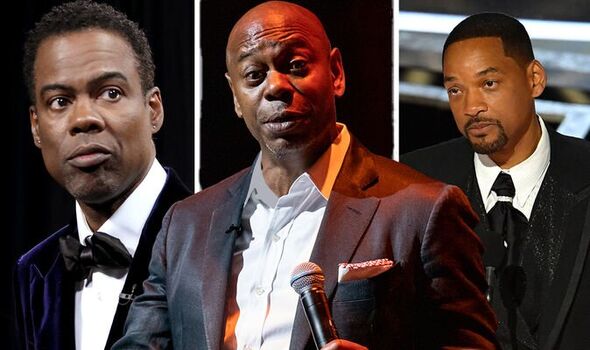 Having posted the video back in July, these comments are the first time that Chris has aired his opinion on the video.

The three-time Grammy award winning comic and actor also referred to Will as “Suge Smith” in reference to the former Death Row Records music executive Suge Knight, who is currently serving a 28-year jail sentence for voluntary manslaughter.

Shortly after, the star swiftly moved on to say that he’d been back at work the following day after the slap, stressing that he was not a victim, before discussing an array of topics from Trump’s election to the dating habits of the Kardashian family.

Similarly to Chris, Dave has also been attacked on stage, when performing back in Los Angeles back in May. Due to this, he said that he was now wary of performing on stage because he can no longer tell whether the crowd will be hostile.

“That was some scary s***,” he reflected, before quipping that Chris had upstaged him that night by walking on stage and making a joke about Will.

Dave later added that he doesn’t know what his response would have been if it had been him that Will had slapped onstage at the Oscars, but he’s certain that the actor would not have “enjoyed the rest of his night” at the awards show.

“At least you got smacked by someone of repute,” Dave reportedly told Chris.

“I got smacked by a homeless guy with leaves in his hair.” 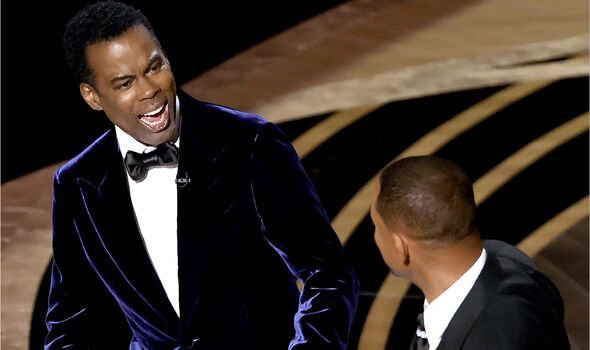 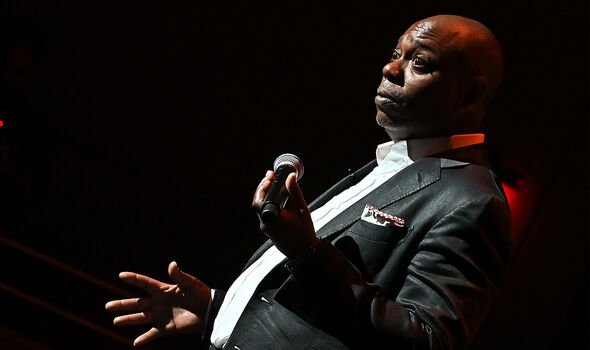 Conversation about the infamous slap did not stop there, with Dave asking Chris: “Did that s*** hurt?” Chris quickly replied: “Goddam right … the motherf***** hit me over a bulls*** joke – the nicest joke I ever told.

“He played Ali. I can’t even play Floyd Mayweather.”

In the video posted to Will’s social media channels, which was titled, “It’s been a minute” the actor said: “I will say to you, Chris, I apologise to you. My behaviour was unacceptable and I’m here whenever you’re ready to talk.”

He also explained that he didn’t apologise to the star during his acceptance speech on the night because he was “fogged out by that point”. 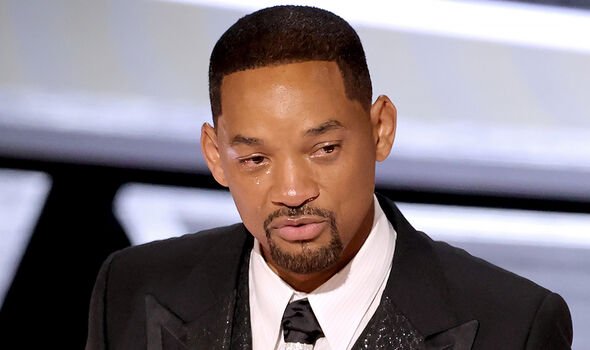 He said: “It’s all fuzzy. I’ve reached out to Chris and the message that came back is that he’s not ready to talk.”

Will answered other fan-asked questions about the moment, and denied that his wife, Jada Pinkett Smith, had asked him to act on her behalf, as Chris made a joke at her expense. “I made a choice on my own,” he said.

Following the event and apology, Will was banned from attending the Academy Awards for 10 years, but was able to keep his Best Actor Oscar.

Dave and Chris continue their short tour of the UK and northern Europe before taking the show back to America at the end of September.