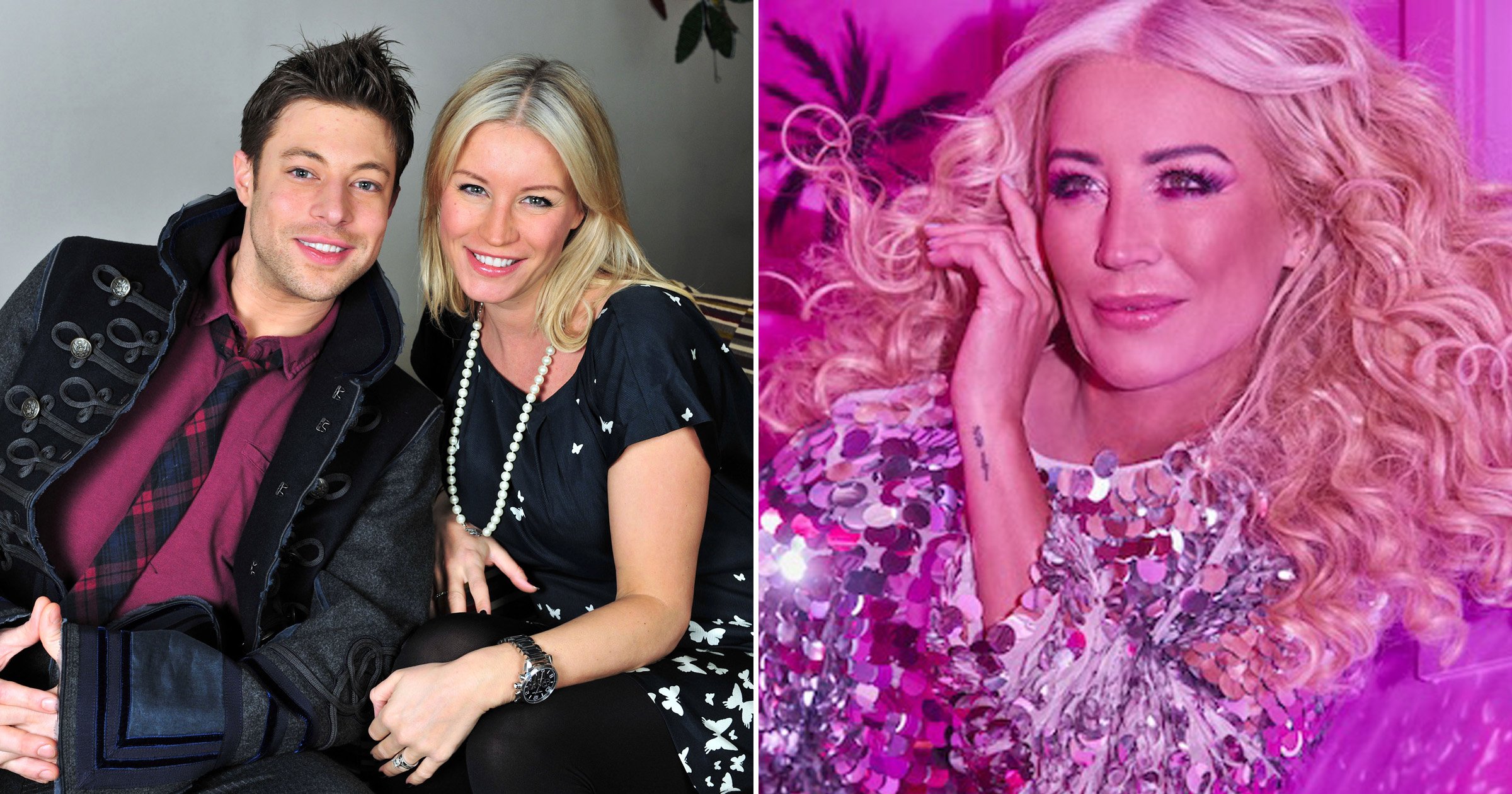 Denise Van Outen has opened up on the importance of allyship in Pride month and her decades-long friendship with Blue’s Duncan James as she releases her new song, From New York To L.A.

The presenter, actress and singer, 48, has released a cover of the 1977 hit by Patsy Gallant in honour of Pride month, complete with a glitzy video featuring her co-stars from Proud Cabaret.

Denise has long been a proud ally for the LGBTQ community and chose to record the disco anthem, which is a favourite for Pride playlists, in honour of Pride month.

The track has long been a favourite for Denise who used to entertain her family with performances of Everlasting Love and From New York To L.A. as a child, and she told Metro.co.uk: ‘I’ve been working very closely with the LGBTQ+ community and our show at Proud Cabaret was very inclusive, and I made a lot of friends there.

‘We kept talking about how nice it would be to just do something to celebrate the fact that finally we can go out and party have a good time and, this year, for Pride especially, it means so much more to people because all the restrictions are gone.

‘I’ve been very lucky since all my Big Breakfast days that I’ve had a very big LGBTQ following, and it’s been lovely and supportive.

‘Even through my recent breakup, I’ve had a lot of amazing people reach out to me, and I suppose it’s a sort of thank you for the love and support from my side as well.’

She added; ‘It’s a really uplifting, fun song that will stand the test of time as well. I think it stuck in my head because I spent a lot of the 90s in most of the gay clubs. Although lyrically it’s about being a star, I also interpret it as being about just being yourself and embracing your own fabulousness and being your own star without letting anything stand in your way. Just be out there and be proud.’

One of Denise’s best friends in the showbiz world is Duncan James, who came out later in life after finding fame as the heartthrob in Blue.

The pair have been pals since the 90s and are currently starring on Celebrity Gogglebox together, after he stepped in when Denise split from her ex, Eddie Boxshall.

‘We’ve got our little group, it’s me, Dunc and Rylan [Clark] and we’re all looking out for each other. It’s been really nice – we’re going for a roast this weekend, can you imagine what’s going to happen?!’

She was keen to continue with Gogglebox after her split, and Duncan was the perfect choice to fill in as the pair regularly share nights in front of the television anyway.

‘I’ve always loved Gogglebox, I’m a big fan of the show anyway, so I still wanted to be a part of it, even though my relationship ended.

‘So it was just really nice that I get to do it with someone that comes over to my house anyway, so it just seemed like the perfect fit.’

On a recent episode, Duncan had revealed that all of Blue – himself included – had fancied Denise at one point or another, which she says is ‘news to her’.

‘I had no idea!’, she laughed. ‘I was like “Why did you tell me this now, like years later?” The truth is out of the whole of the band, if I fancied any of them, it would have been Dunc. I think he was always the hottest member of the band anyway – Dunc the hunk!

Denise also opened up on the importance of allyship in her own life, adding: ‘I’ve been a performer since I was seven years old so I’ve grown up working with people with different sexualities and I’ve always embraced it.

‘Most of my friends are gay and I’ve seen and witnessed firsthand what homophobia is like and it shocks me to the core. I hate it, it makes me so sad.

‘My friends are family to me, they’re the family that you choose and you just don’t judge your family, you send unconditional love.

Sharing what she believes makes a good ally, Denise added: ’For me, it’s always about just being supportive. Always be the ears, always be supportive and just don’t judge.

‘I want to encourage my friends to be proud of who they are and find their inner fabulousness and just show it off.

‘I always believe that you go that you only get one life, just enjoy it and the more that people embrace who they are, the more the rest of the small minded people in the world will have to just accept it.’

Denise Van Outen’s cover of From New York To L.A. is out now.

This year marks 50 years of Pride, so it seems only fitting that Metro.co.uk goes above and beyond in our ongoing LGBTQ+ support, through a wealth of content that not only celebrates all things Pride, but also share stories, take time to reflect and raises awareness for the community this Pride Month.

And we’ve got some great names on board to help us, too. From a list of famous guest editors taking over the site for a week that includes Rob Rinder, Nicola Adams, Peter Tatchell, Kimberly Hart-Simpson, John Whaite, Anna Richardson and Dr Ranj, we’ll also have the likes Sir Ian McKellen and Drag Race stars The Vivienne, Lawrence Chaney and Tia Kofi offering their insights.

During Pride Month, which runs from 1 – 30 June, Metro.co.uk will also be supporting Kyiv Pride, a Ukrainian charity forced to work harder than ever to protect the rights of the LGBTQ+ community during times of conflict, and youth homelessness charity AKT. To find out more about their work, and what you can do to support them, click here.