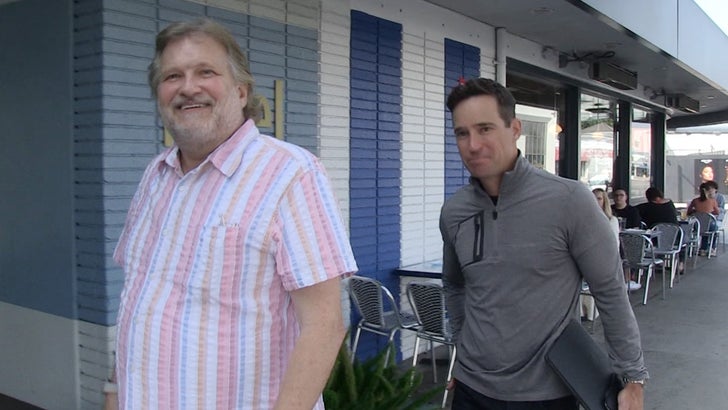 Mike Richards has one incredibly influential celeb in his corner despite leaving “Jeopardy!” amid a shroud of controversy … and it’s his old pal Drew Carey.

We got Mike and Drew Thursday in L.A. after they wrapped up a power breakfast of sorts — we’re told they broke bread for 2 hours at Swingers on Beverly Blvd.

The old pals obviously have lots to catch up about after Mike got the boot — first as “Jeopardy!” host, and then as its executive producer — and they presented a very united front as they walked to their cars.

First, we asked Mike himself if he felt like he’d gotten a raw deal. Remember, he was fired over 8-year-old comments — things he’d said to his female co-host on their podcast. Watch …  he took the high road, and refused to say anything disparaging about his former employers at Sony.

As for Drew … we also asked him about Mike’s ouster, and he pled the Fifth. However, he’d already said plenty just by being out in public with Richards.

The duo has history together … Mike used to be Drew’s EP on “The Price is Right,” and it’s very clear from this video, he’s standing by his friend during this rough patch.