From her hot pink Vivenne Westwood gown, to her voluminous, floral Valentino dress, Fanning has made a major impact on the Cannes red carpet, and the closing ceremony was no exception. Arriving for a screening of The Specials, Fanning wore a look from Reem Acra’s bridal range. “Tying the Knot” is taken from The Celebration Collection, and can be purchased by brides by appointment.

Unsurprisingly, the bridal look made Fanning look like an actual angel, especially as her intricate cape swept the red carpet: 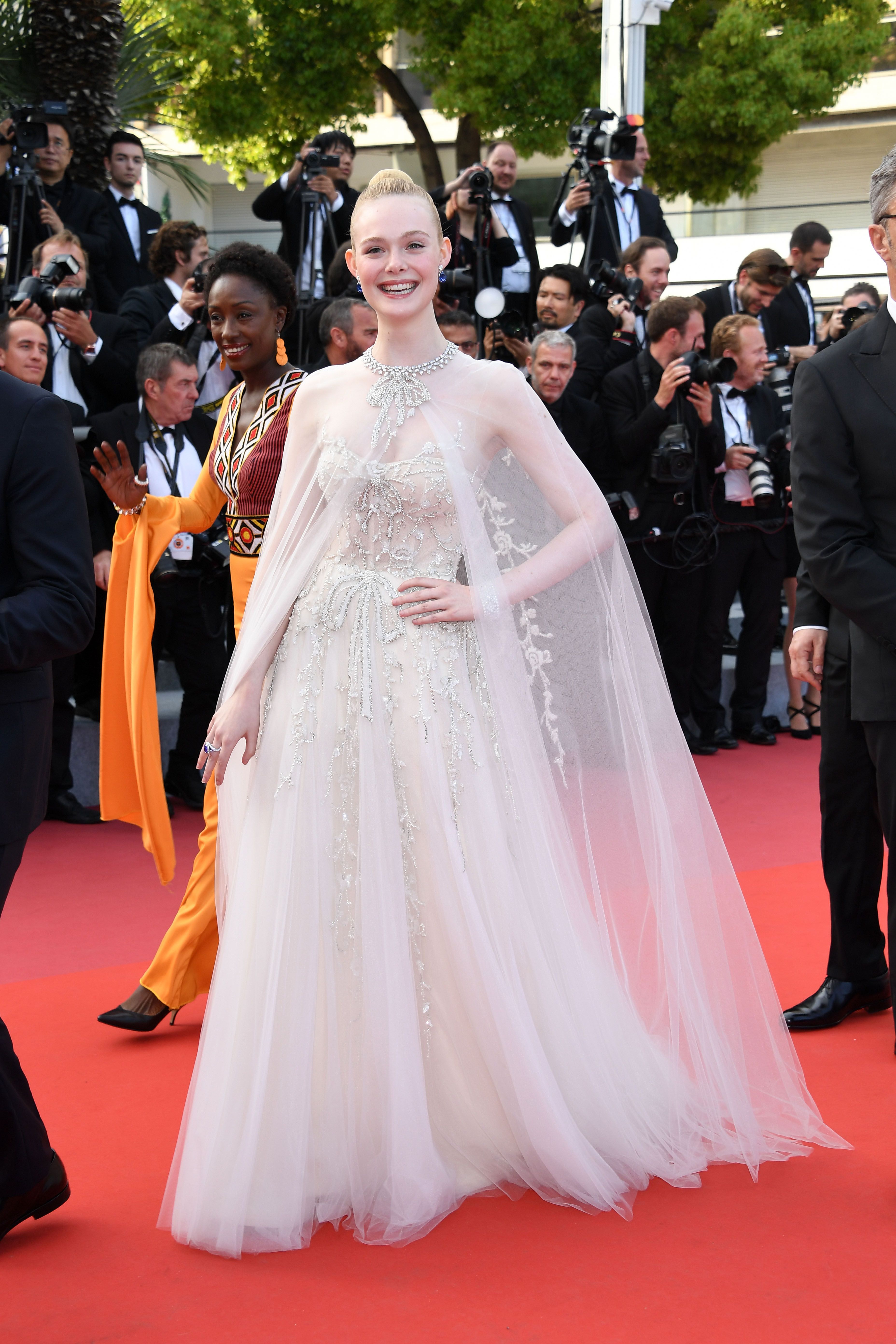 And the back of Fanning’s gown was simply divine, as was her wispy, intricate cape: 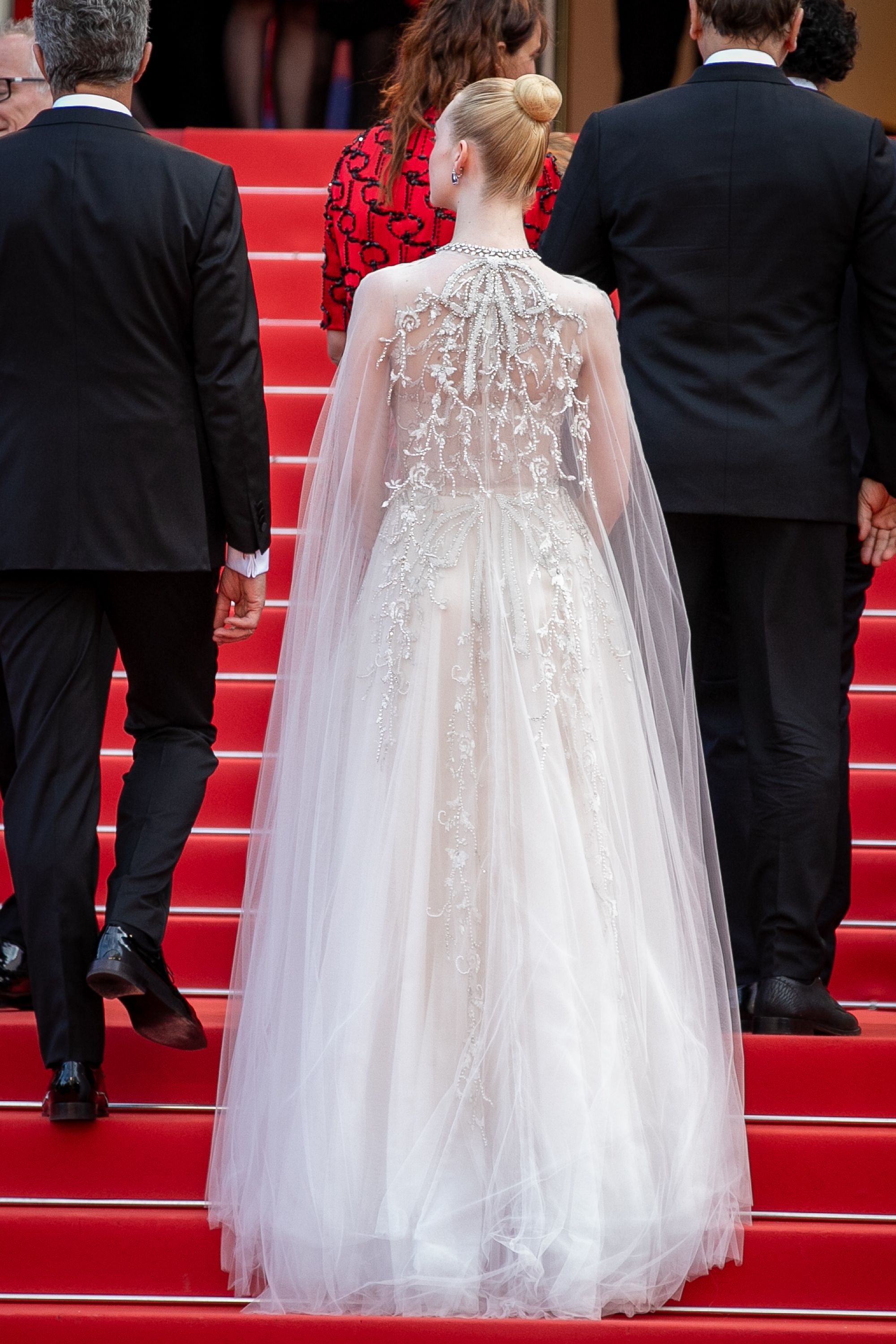 The strapless silhouette of the actress’s Reem Acra gown was even more evident when she removed the cape to take a seat inside the closing ceremony of Cannes: 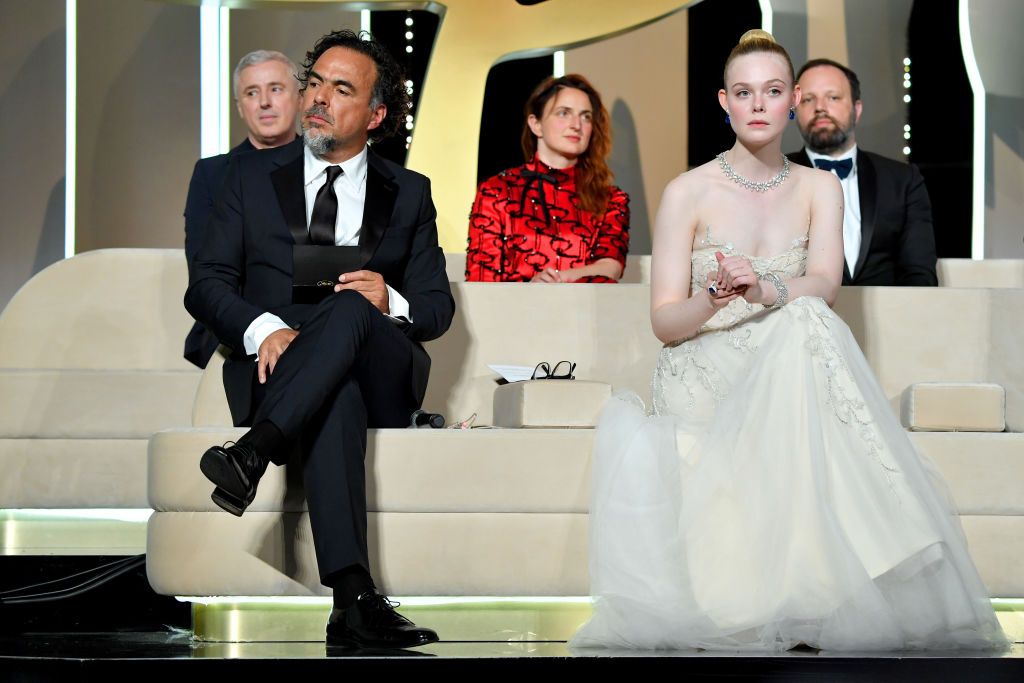 21-year-old actress Fanning was forced to defend her place on the Cannes Film Festival jury during a press conference saying, “I started acting when I was young and been on a lot of movie sets. I feel just really honored and I feel proud to represent a young voice in the festival.”