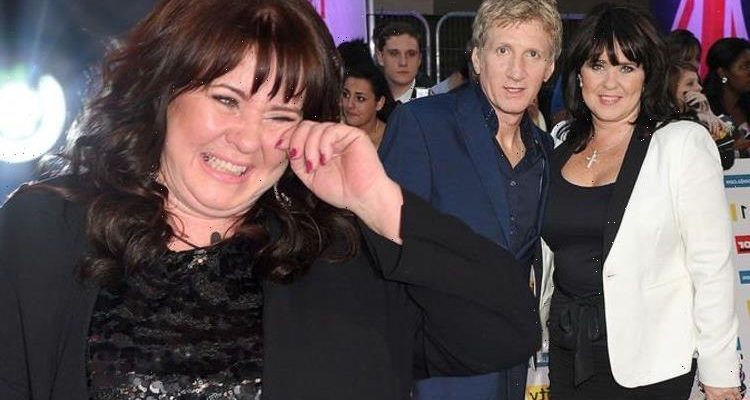 Loose Women panellist Coleen Nolan, 56, will likely marry for a third time, according to a new source. The ITV presenter has reportedly “surrendered” and is set to “definitely marry” her current boyfriend.

While we do not know the man’s identity, it has been revealed that the pair met on Tinder.

It seems that behind the scenes things have been getting serious between the pair, as friends believe that they will be exchanging vows before very long.

The anonymous insider revealed: “Coleen is head over heels for him.

“They are inseparable and have got very serious, very fast.”

The source went on to confirm that it hadn’t always been plain sailing for the couple, sharing that Coleen even “broke up” with her mystery man a couple of times.

“She didn’t want to be in this position again after everything she’s been through in the past, and actually broke up with him a few times because of that.

“But Coleen has finally surrendered and it’s full steam ahead now.

“Those closest to her think she will definitely marry this one,” they told The Sun.

Last month Coleen told the Mirror that her new man makes her feel “sexier than ever” and that they’re having sex “anywhere in the house at any time of day”.

The star met her 57-year-old boyfriend this summer and admitted that she hit it off with the divorced dad of one straight away.

She said: “I have met someone wonderful and I am really happy – he makes me feel like I am 20 again.

“It has only been three-and-a-half months so it’s really early but we are dating and the kids have all met him and love him.

“He’s kind, caring, funny, romantic and the sex is great.

“He’s awoken something in me. He’s awoken a tiger, which I didn’t know was there.”

Coleen split from her second husband Ray Fensome in 2018 after eleven years of marriage.

The couple share one daughter named Ciara, who is now 20 years old.

Before that, Coleen was married to former EastEnders actor Shane Richie.

The couple got married in 1990 but separated in 1997 after Shane admitted he had cheated on Coleen, and they later divorced in 1999.

Coleen and Shane are parents to sons Shane Nolan, 30, and Jake Roche, 29.