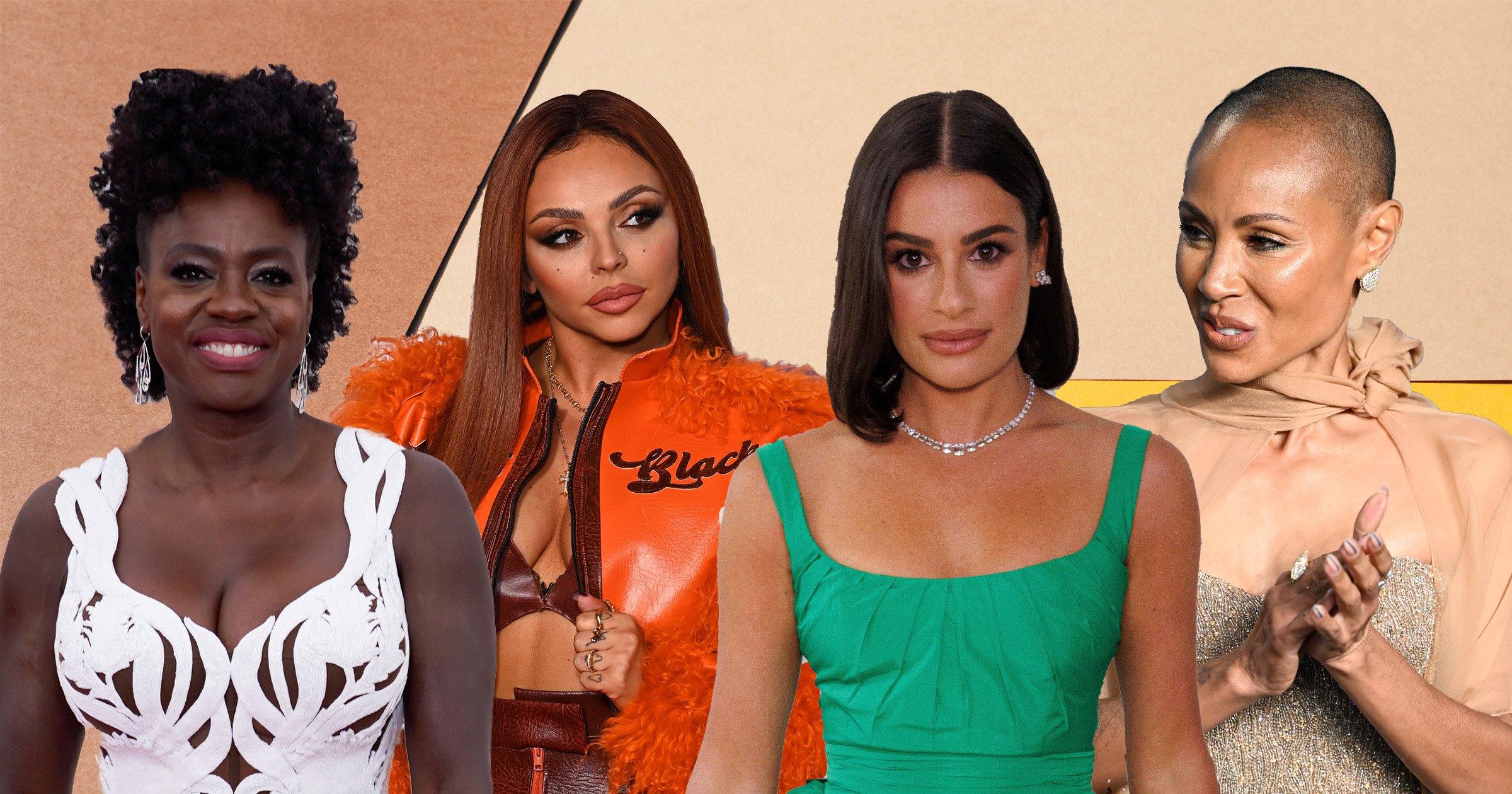 Alopecia and hair loss has been in the spotlight in recent days after Jada Pinkett Smith’s husband, Will Smith, attacked Chris Rock for making fun of her hair.

As everybody knows by now, the actor walked onstage at the Oscars and slapped comedian Chris after he compared Jada to GI Jane at the 94th Academy Awards.

The backlash to Will’s actions was instant, with the Oscar-winner facing investigation by the Academy and eventually resigning from the organisation.

If nothing else, the shocking moment has brought more awareness to the hair loss disorder, which affects around 147 million people worldwide, according to the National Alopecia Areata Foundation.

While Jada may be the most notable celebrity with alopecia in the headlines at the minute, she’s far from alone, with celebs from Keira Knightley to Neve Campbell previously speaking out on losing their hair.

Jada Pinkett Smith first revealed in 2018 that she suffered from alopecia in an episode of her Red Table Talk, where she admitted ‘having issues with hair loss,’ and described her situation as ‘terrifying’.

She said: ‘It was one of those times in my life where I was literally shaking with fear.’

The star went on to embrace her condition, cutting her hair shorter until eventually going all out with a buzz cut in 2021, which she still wears today.

Jada debuted the style in an Instagram post captioned: ‘Willow made me do it because it was time to let go.’

In a video showing off her shaved do, she stated that she and alopecia ‘are going to be friends… period!’

Glee actress Lea Michele suffered from hair loss after welcoming her first child, Ever, in August 2020.

Speaking honestly and openly about her experience, the star took to Instagram shortly after his birth where she showed how a clump of her hair had fallen out into her hand.

She wrote on Instagram Stories at the time: ‘‘The postpartum hair loss is REAL.’

Lea then shared a selfie showcasing her long hair as she added: ‘Enjoying this long hair while it lasts because the mom bob is right around the corner.’

Post-partum hair loss is common but generally temporary, with statistics showing most new mums noticing their hair returning to normal by their baby’s first birthday.

Award-winning actress Viola Davis has struggled with alopecia since she was 28 years old, with stress triggering the condition.

‘I woke up one day, and it looked like I had a Mohawk. Big splash of bald on the top of my head,’ Viola told Vulture.

She admitted she spent much of her life ‘not feeling comfortable in my skin,’ and it took many years for wigs to become an ‘enhancement’ rather than a ‘crutch’.

‘I wore a wig in the Jacuzzi. I had a wig I wore around the house. I had a wig that I wore to events,’ she said.

‘I had a wig that I wore when I worked out. I never showed my natural hair.’

Viola has been happily showing off her hair in public since 2012, when she debuted her natural look at the Oscars.

Pirates of the Caribbean star Keira Knightley opened up about her hair loss in a 2016 interview with InStyle UK.

As an actress, Keira’s hair was put under a lot of pressure as she changed styles and colours for every new performance.

She said: ‘I have dyed my hair virtually every colour imaginable for different films. It got so bad that my hair literally began to fall out of my head.’

The actress went on to reveal that, ‘for the past five years I’ve used wigs, which is the greatest thing that’ ever happened to my hair.’

As with Lea Michele, Keira’s hair loss was temporary and grew back when she became pregnant with her daughter Edie.

Former Little Mix star Jesy Nelson revealed in an interview she used to be bullied for her alopecia, which began from the age of 13.

‘Stress can cause alopecia, and it wasn’t nice,’ she said, adding that she ‘got picked on’.

American chat show host Ricki Lake has had alopecia for decades, but hid it from the public for almost 30 years.

In 2020, she revealed she was living with the hair loss disorder ‘for most of my adult life,’ calling it ‘debilitating, embarrassing, painful, scary, depressing, lonely, all the things.

‘There have been a few times where I have even felt suicidal over it.’

She shared her story as ‘I know that by sharing my truth, I will be striking a chord with so so many women and men.

‘I am not alone in this and my goal is to help others while at the same time unshackle myself from this quiet hell I have been living in.’

TV presenter Gail Porter lost her hair suddenly in 2005 due to alopecia, and like Jada, has fully embraced it, having worn her natural look for years.

She described her hair loss starting with a clump coming out – and within four weeks, all her blonde hair was gone.

Gail told BBC Breakfast: ‘I think I’ve been very fortunate. I quite like the fact I don’t have hair now.

‘Obviously, when it first happened it was very shocking. Now I just embrace it.’

Scream actress Neve Campbell developed alopecia areata at the age of 23 as she was suffering from severe stress.

Her high-stakes acting career, dealing with obsessed stalker and battling through a difficult divorce all added to the disorder.

She explained to the Daily Mail: ‘I was horribly overworked and going through a divorce. Also, I had stalkers and started receiving threatening mail.

‘I was so distressed by it all that my hair started falling out. Life hasn’t always been a bowl of cherries.’

The TV presenter spoke about the condition on Lorraine following the Oscars fiasco, and explained that she lost her hair when she was very young and ‘it’s never coming back.’

She said: ‘It started when my dad had a heart attack and when he died, when I was eight or nine, and it’s never come back.

‘So I understand a little bit of the real discomfort you live with having it.

‘I’ve always had a fringe, I’ve found ways to cover it, I use coloured sprays and things.