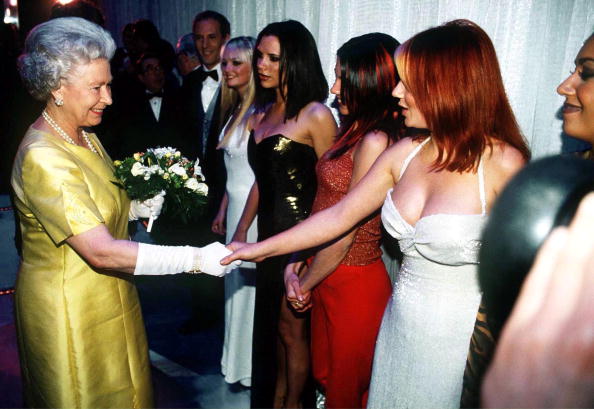 Geri Horner has reportedly cancelled her lavish 50th birthday party, which was due to reunite the Spice Girls, after the Queen’s death.

The monarch died on September 8 at her Balmoral home at the age of 96, with the UK currently in a period of mourning.

Geri has made no secret of her admiration for the Queen and shared a heartfelt tribute following the news.

But now, the star, who turned 50 last month, has gone one step further and cancelled her lavish party, according to the Mail’s Richard Eden.

Guests including Geri’s Spice Girls co-stars, Victoria Beckham, Mel B, Mel C, and Emma Bunton were reportedly due to attend.

Following the Queen’s death, Geri shared a tribute on social media, writing: ‘My thoughts and sympathies go to the Royal Family for the loss of their Mother, Grandmother, Aunt.

‘Thank you to Her Majesty for her resolute never-ending service. She is, and always will be the epitome of dignity and elegance.’

During the Queen’s Platinum Jubilee celebration weekend in June, Geri also shared a photo of herself meeting the monarch, writing: ‘Today we celebrate HRH, our Queen ‘s 7O years of service and inspirational leadership.

‘HRH, our Queen’s 7O years of service and inspirational leadership.’

Geri met Queen Elizabeth II along with the rest of the Spice Girls in 1997 during the Royal Command Performance.

She has also met King Charles III numerous times as an ambassador of the Prince’s Trust.

The Queen’s funeral is set to take place on Monday, September 12, with the day being declared a bank holiday.

Following the news of her death, other Spice Girls joined Geri in paying tribute.

Victoria said: ‘Today is a very sad day not just for our country but for the entire world. I’m deeply saddened by the passing of our beloved Monarch, Her Majesty The Queen. She will be remembered for her steadfast loyalty and service and my thoughts are with the royal family at this incredibly sad time.’

Mel B added: ‘Today is the saddest day. We have lost an incredible lady who all of us grew up with and had so much respect for. I was honoured to meet her, honoured that she awarded me my MBE as patron of Women’s Aid and honoured she was our Queen.’

Emma Bunton wrote: ‘Always by our side and forever in our hearts. My thoughts are with the royal family. Thank you, may you now rest in peace.’

Metro.co.uk has contacted reps for Geri Horner for comment.