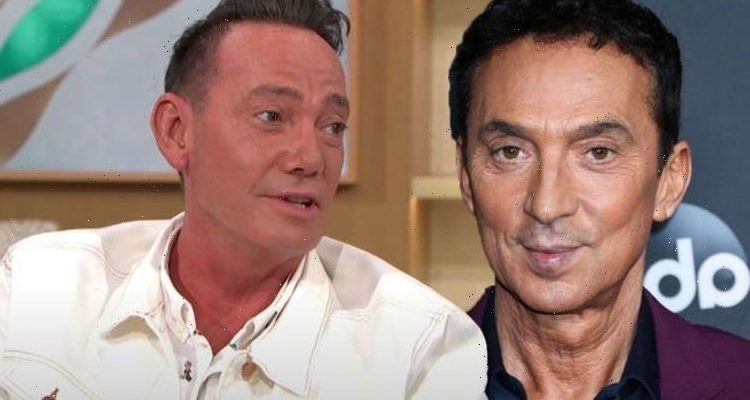 Strictly Come Dancing favourites Bruno Tonioli and Craig Revel Horwood may have worked together for some time but it appears the two pals are now closer than ever. It comes as the pair prepare to debut their latest television project later this evening.

That’s when he threatened to kill me.

Craig, 56, and Bruno, 65, started working on the hit dancing competition back in 2004, delivering their expert opinions to professional dancers and celebrities who attempted to take the ballroom by storm.

In light of Bruno announcing his departure from Strictly Come Dancing for this year’s series, it was revealed that the pair would be showing fans a completely different side to them as they toured the country together.

While many viewers know them for their love of dancing and passionate feedback on the BBC show, some may not know that Bruno and Craig are in fact, car lovers.

Tonight, ITV viewers will see the dancers take to the road as they explore every corner of the nation after Bruno pitched a TV show to his pal.

However, in a new interview, the pair revealed that things didn’t always go according to plan for them.

Discussing their driving on their adventures, Craig said: “I was the safest [driver], but he [Craig] kept calling me Hyacinth Bucket.”

Bruno added that Craig was the “mother-in-law in the back of the car”, admitting that it was worse due to the fact Craig was sat next to him.

“I wanted to kill him,” Bruno told Radio Times.

Defending himself, Craig exclaimed: “Only because you crashed the car!”

Despite this damning claim, Bruno states that he didn’t crash the car, claiming that Craig had been screaming.

However, Craig went on to say: “When he was reversing, I said, ‘Bruno, be careful, there’s bollards and big rocks behind us’ .

“He said, ‘I’ve been driving for over 34 years…’ CRASH and that’s when he threatened to kill me.”

Recalling the incident, Bruno added: “Because I’m trying to reverse on a cliff in Cornwall and he’s like, ‘Mind the…’

While they may have clashed on occasions, Craig admits that it was a pleasure to get to know Bruno “a bit better” away from the glaring ballroom lights.

“Your defences come down and you forget anyone’s filming, we found out we had really similar backgrounds – coming to London with nothing: no family, no friends,” he said.

Announcing his departure from Strictly, Bruno said: “Whilst I am gutted to not be on the show this year there is one person and one person only that could take my place – it’s just a shame they weren’t available… Haha!”

“Seriously though, I have to tell you, Anton [Du Beke] IS Mr Strictly and if anybody is filling in for me, it has to be him.

“I honestly wouldn’t have it any other way and I am so excited to see him waggle his paddle.”