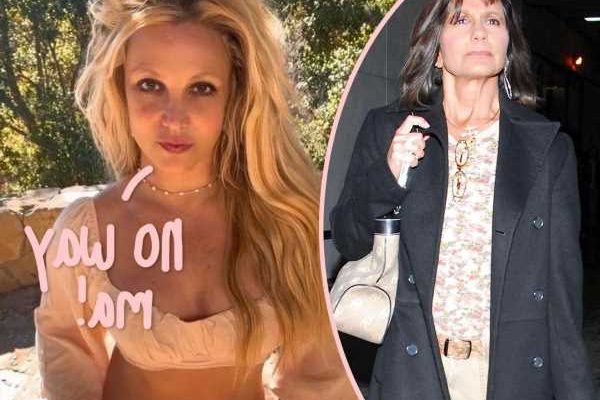 Britney Spears won’t be shelling out any more cash to her family if her attorney has anything to say about it!

According to Page Six, Mathew Rosengart appeared in court on Tuesday to oppose the 40-year-old pop sensation having to pay for her mother’s attorney fees. As you may recall, Lynne Spears demanded back in November 2021 more than $600,000 from her daughter’s estate for the work she claimed her lawyers did in helping to end her conservatorship. She stated at the time that Britney had “enthusiastically agreed” to her joining the case as an interested party to “help end nightmare and the crisis she was enduring.” The services from the 66-year-old’s counsel supposedly included meetings, phone calls, emails, preparation of documents, and court appearances before the legal arrangement was terminated.

However, Britney has now put her foot down and refuses to give her mom any money for her legal debts! In court documents obtained by the outlet, Rosengart argued that “there is no legal authority supporting the petition” that Brit’s mom filed requesting for her estate to pay for the fees, adding:

“Britney Spears has for decades been her family’s sole breadwinner, supporting her entire family.”

And of course he brought out the receipts!

For roughly a decade, Rosengart claimed, the artist has paid for most of the expenses in the home where Lynne resides in Kentwood, Louisiana — you know, the one owned by Britney. He noted that “her daughter has also continuously — and generously — paid Lynne Spears’ utilities, telephone services, insurance, property taxes, landscaping, pool work, pest control, repairs and maintenance, totaling approximately $1.7 million.”

Ultimately, the former powerhouse prosecutor believes there is “no legal basis for placing” Britney “in the middle” of Lynne’s financial dealings with her attorneys since her mom was only a “third party” in her conservatorship case at the end of the day.

Rosengart also took a moment to fire shots at Jamie Spears, noting how he “had a long history of financial mismanagement” including filing for bankruptcy before Britney became a major celebrity. He claimed Brit’s father collected “more than $6 million” from the Crossroad actress’ estate during his time as her conservator and thus profited “handsomely from her very hard work.” That’s for sure. We mean, this is the same guy who allegedly gave himself a $2,000 monthly salary just for an “unused ‘office’ space.”

According to Page Six, another hearing about Lynne’s request has been set for Wednesday, so we’ll have to what happens next with this next chapter in Brit’s legal battles with her fam. Reactions, Perezcious readers? Do you think Britney will end up having to pay for her mom’s legal fees? Let us know your thoughts on the matter in the comments (below).