The Grammys are meant to celebrate the best and the brightest in music every year, but it never fails to snub some of music’s finest when nominations or the actual event rolls around. Whether it’s for a song, a full album, or multiple categories, when an artist doesn’t get the recognition they deserve, fans don’t hold back their feelings. The biggest Grammy snubs in history will get your blood boiling.

It’s not only fans who catch on to the snubs. While many celebs keep their opinions silent when it comes to calling out the Recording Academy for snubbing them, others stick up for themselves and their peers to call out the music industry and the Academy’s history continuously boxing artists of color out of general, major categories like Album of the Year in favor of their white peers.

In 2020, The Weeknd expressed his frustration with the recording academy after being snubbed following the success of his After Hours album, and he wasn’t the only artist who got real on social media about it, but more on that later. While The Weeknd definitely deserved some recognition in 2020, that wasn’t even the biggest snub of all time. Check out the most notable snubs below.

Back in 2017, Bey and Adele went head-to-head in the biggest category of the night: Album of the Year. Adele wound up winning for her work on 25, leaving Beyoncé’s critically acclaimed and highly impactful album Lemonade with no recognition in a major general category, a snub some see as the biggest one in Grammy history.

Even Adele was shocked by the snub, and dedicated her acceptance speech to Queen B, saying:

Adele wasn’t done there, either. In the press room backstage, Adele added: "I was completely rooting for her, I voted for her. I felt like it was her time to win. What the f*ck does she have to do to win album of the year?”

In 2014, Lamar was nominated for a whopping seven Grammys and was many critics’ favorite to win, so it was a huge controversy when he didn’t walk away with a single Grammy for his Good Kid, m.A.A.d City album. Meanwhile, Macklemore, cleaned up with his album The Heist, winning in four categories: Best Rap Performance, Best Rap Song, Best Rap Album, and Best New Artist. Macklemore’s win over Lamar sparked a debate about what music should be labeled as rap (many critics pointed out his hook-heavy, radio friendly music would be better categorized as pop) and sparked backlash over the Academy not rewarding Black artists for their contributions to music.

Apparently, even Macklemore acknowledged his album wasn’t as deserving for Best Rap Album as Lamar’s record was. After the awards show, Macklemore texted Lamar to share his thoughts, writing: "You got robbed. I wanted you to win. You should have. It’s weird and sucks that I robbed you. I was gonna say that during the speech. Then the music started playing during my speech, and I froze. Anyway, you know what it is. Congrats on this year and your music. Appreciate you as an artist and as a friend. Much love." 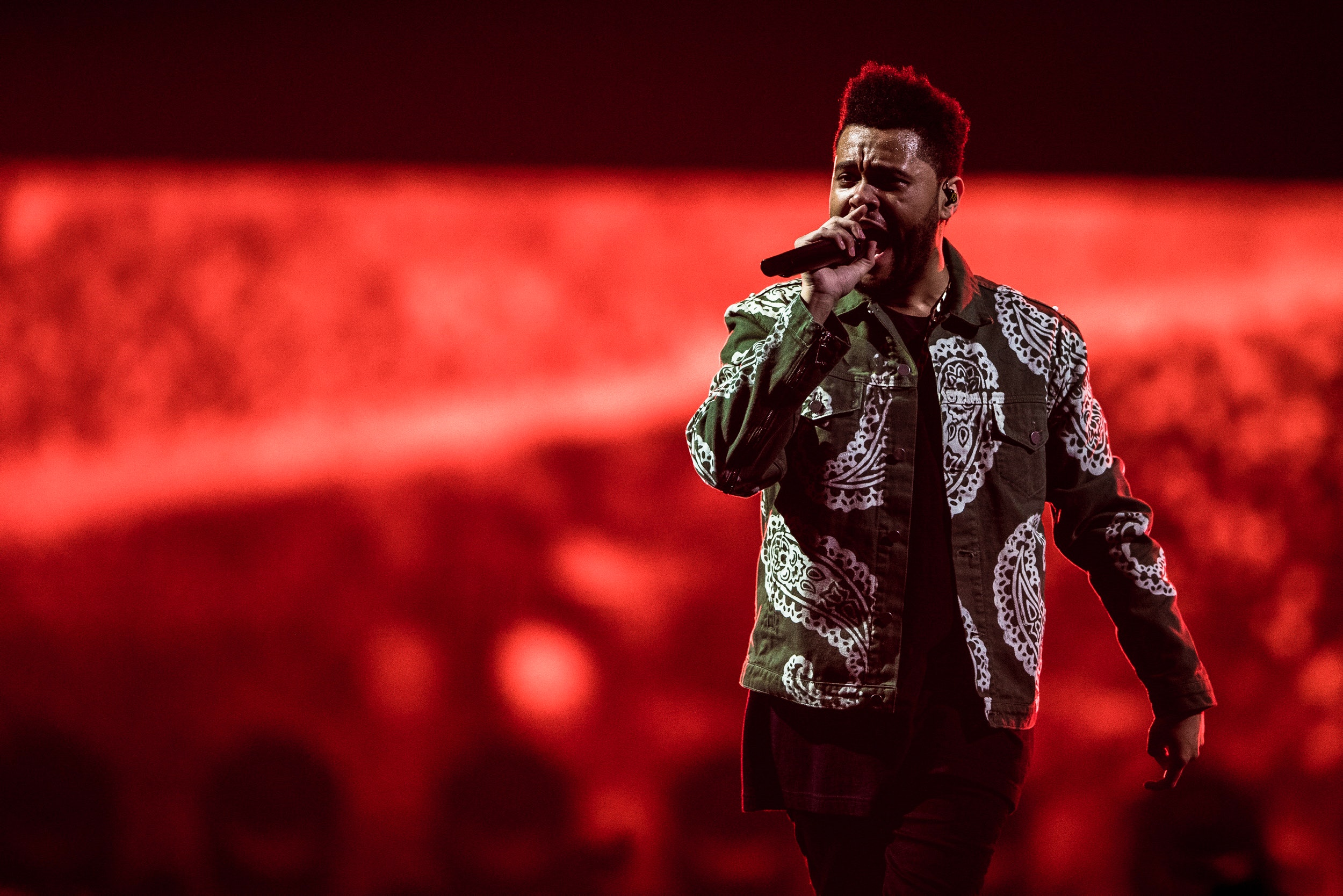 The Weeknd’s ’80s-pop inspired After Hours album ruled the airwaves in 2020 and was critically acclaimed to boot, so when it didn’t receive a single Grammy nomination, music fans were floored. His response to the snub made it seem like this wasn’t the first time he was upset with the Grammys. "The Grammys remain corrupt," he tweeted hours after the 2021 Grammy noms were announced. "You owe me, my fans and the industry transparency…"

Adding insult to injury, while the Weeknd’s highly acclaimed pop album went entirely unacknowledged, Justin Bieber locked down three nominations in pop categories despite the fact his album, Changes, was an R&B album (one tepidly received by critics, no less).

Halsey, who was also snubbed in 2021 despite the massive success of her Maniac album, expressed her frustration with The Grammys on Instagram for their decision to not nominate The Weeknd for his work. She claimed the Grammy nominations are "often about behind the scenes private performances, knowing the right people, campaigning through the grapevine, with the right handshakes and ‘bribes’ that can be just ambiguous enough to pass as ‘not bribes,’" adding, "@theweeknd deserves better, and Manic did too perhaps it’s unbecoming of me to say so but I can’t care anymore. While I am THRILLED for my talented friends who were recognized this year, I am hoping for more transparency or reform."

Ocean gave a whole new meaning to modern R&B with his 2012 album Channel Orange, winning Best Urban/Contemporary Album and Best Rap/Sung Performance for it, but it still wasn’t enough to snag him the Album of the Year award, which ultimately went to Mumford & Son for their second record Babel. In 2016, he passed on submitting his album Blonde for consideration at the 2017 Grammys. “That institution certainly has nostalgic importance,” he told the New York Times about his decision in November 2016. “It just doesn’t seem to be representing very well for people who come from where I come from, and hold down what I hold down… I think the infrastructure of the awarding system and the nomination system and screening system is dated,” he continued. “I’d rather this be my Colin Kaepernick moment for the Grammys than sit there in the audience.”