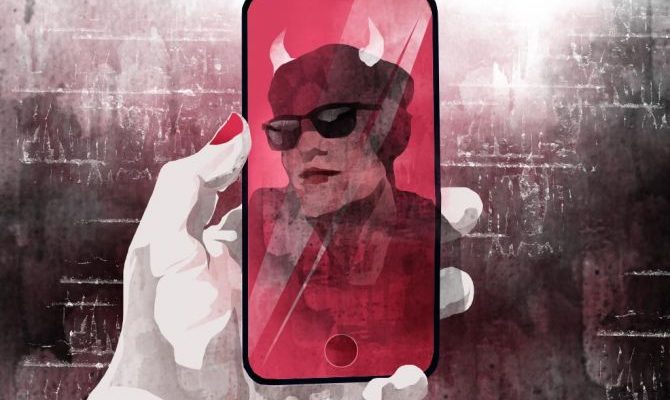 If you don’t know the person yet, please do not share your number or give away your social media handle.

Last week, a 28-year-old woman was allegedly raped at a hotel in Delhi by a man she met on a dating app.

In her police complaint filed on June 3, the woman stated that after meeting the accused on a dating app she went to the hotel with the man on May 30 where both of them had drinks following which she was sexually assaulted.

While the police are verifying the claims and trying to nab the accused, the incident has raised concerns about the safety of online dating apps.

Ravi Mittal, founder and CEO of QuackQuack, a dating app, says the incident is unfortunate but can be avoided if men and women took extra care.

According to Mittal, 67% of women find online dating apps much safer because “it gives the scope to meet like-minded people, and more importantly, it lets you judge people and their character before meeting them in person.”

However, there are some basic pointers to verify and report a suspicious profile or person, says Ravi, listing them here:

As per one of our (QuackQuack) surveys, 43% women said they judged men (whether they are approachable or not) based on their bios.

Online daters have disclosed that one of the prime red flags in a person’s dating profile is having no profile picture or a random downloaded image as their display picture.

While concealing one’s identity can be a measure of safety, it may not necessarily be a positive sign.

2. Be cautious about first dates

Taking some basic precautions is a must when meeting your online match for the first time.

34% of women from tier 1 and 2 cities have mentioned that they always prefer to meet in a public space like a cafe or popular restaurant.

Some of them also disclosed they would inform at least one person of their whereabouts before leaving for the date.

Like every good thing comes with vices, so do dating apps.

Be careful before connecting with someone.

If you don’t know the person yet, please do not share your number or give away your social media handle.

Do not add them as friends too early if you want to avoid getting unwanted calls.

There is also the risk of you getting scammed or blackmailed if they end up having your sensitive data or photos.

One of the prime ways of being safe and making sure others are too is to report a profile if you find anything out of the ordinary about them.

A big red flag is when someone shares their contact details after one or two messages, especially if it’s a woman.

Don’t fall into such traps.

24% daters have revealed that if a match asks for money saying s/he is in a bad state presently, it is most likely a scam.