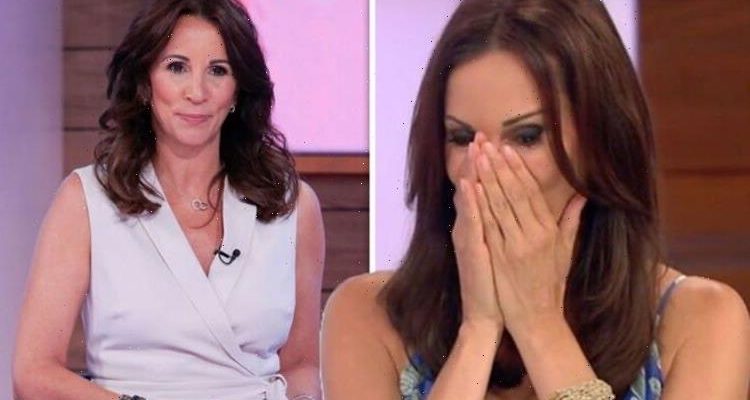 Andrea McLean has a cold shower in her back garden

Andrea McLean joined the Loose Women in 2007 and became the longest-serving host on the daytime ITV show. Back in November 2020, the TV personality announced that she was leaving the ITV panel show after 13 years.

The 52-year-old made the difficult decision to quit the daytime show as she explored different avenues.

But the former ITV presenter has since revealed that her agent and PR guru believed leaving Loose Women would be the wrong decision.

The mum-of-two explained that she “didn’t care” what other people thought about her move to leave the world of television.

Speaking in a new interview, Andrea shut down the idea that it was the wrong choice.

Speaking to The Sunday Post, she said: “I really don’t care if people think it is a good idea or not. They said I was crazy to leave Loose Women.

“I asked a PR guru and my agent about it and they thought I was mad, too – but I still did it. It was liberating.”

Andrea added: “The next time we speak it will be in Miami with a cocktail.”

The presenter announced on screen that she was leaving Loose Women to pursue her own business project in 2020.

Since leaving her ITV gig of 13 years, the star has devoted her time to her writing career, as well as her website and blog, This Girl Is On Fire.

However, in the same interview, Andrea revealed she was forced to sell her house “before it became an issue”.

The star now lives in a rented house with third husband, Nick Feeney, and her two children Finlay, 20, and Amy, 15.

She said: “We have only moved a mile away because Amy is still at school. We sold our house to invest the money in the business.

“It was scary but we did it before it became an issue. We thought, ‘this is not happening as quickly as we liked’.”

Andrea had previously resided in her home for a decade following her divorce from her first husband.

At the time of her departure from Loose Women, she explained that her heart was no longer in it.

Speaking on the Sliding Doors podcast, Andrea said: “I felt is this the most stupid decision in the whole world because I’m so lucky that I’ve got a job,” Andrea said.

“One, I’ve got a job working in entertainment when theatres are closing and people are losing their work.”

She continued: “I had a steady job. I was working on daytime TV but my heart didn’t feel like it was the right thing to do.

“Even though my head was going, ‘mortgage, bills… hello, children to feed.'”

The small-screen star admitted the pandemic forced her to make a change in her life.