Will Donald Trump get a second term? Or will Joe Biden succeed him as America’s president?

Though Joe currently leads Donald in opinion polls, no one is taking chances. After all, four years ago, Hillary Rodham Clinton seemed a shoo-in, only to be left behind at the hustings.

Get the Vote Out! is the call from the millions of Americans who want sanity to return to the US presidency.

Designer Christian Siriano sent across a powerful message as he unveiled his latest collection on Instagram with actor Julianne Moore dressed in a black gown, below, with the word ‘Vote’ inscribed all over it. 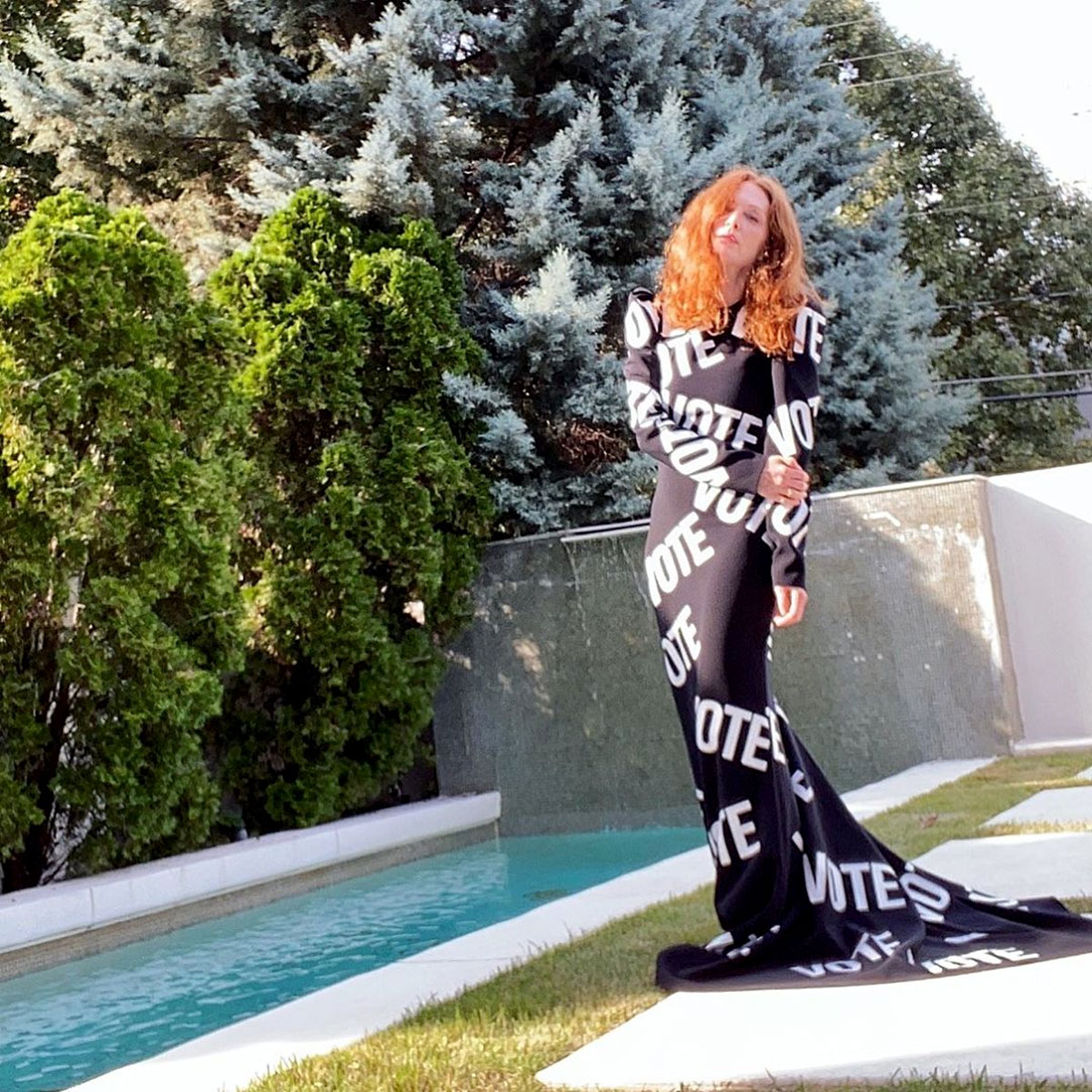 Sharing the image on Instagram, Siriano wrote: ‘Monday morning message is to VOTE!

‘Such an honor to have an actress and activist who I admire so much @juliannemoore to be the first to wear our new collection.’

‘Fashion can be beautiful and powerful and we will see you all on November 3rd at the polls,’ he added.

The designer, who has often made political statements through his collections, sent out an important reminder to people to get out and vote through his spring 2021 collection. 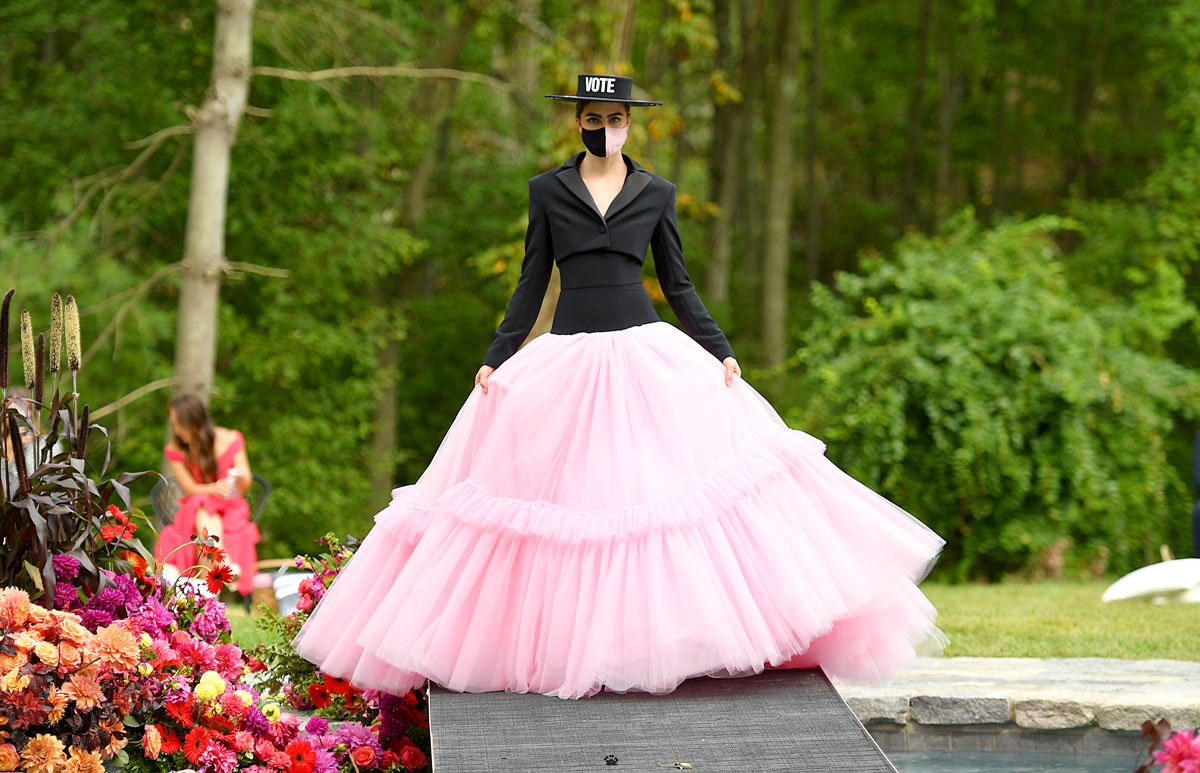 IMAGE: Dressed in black-and-pink, a model walks the runway for Christian Siriano, who put together a show during COVID at his own home, inviting a small audience. Photograph: Mike Coppola/Getty Images 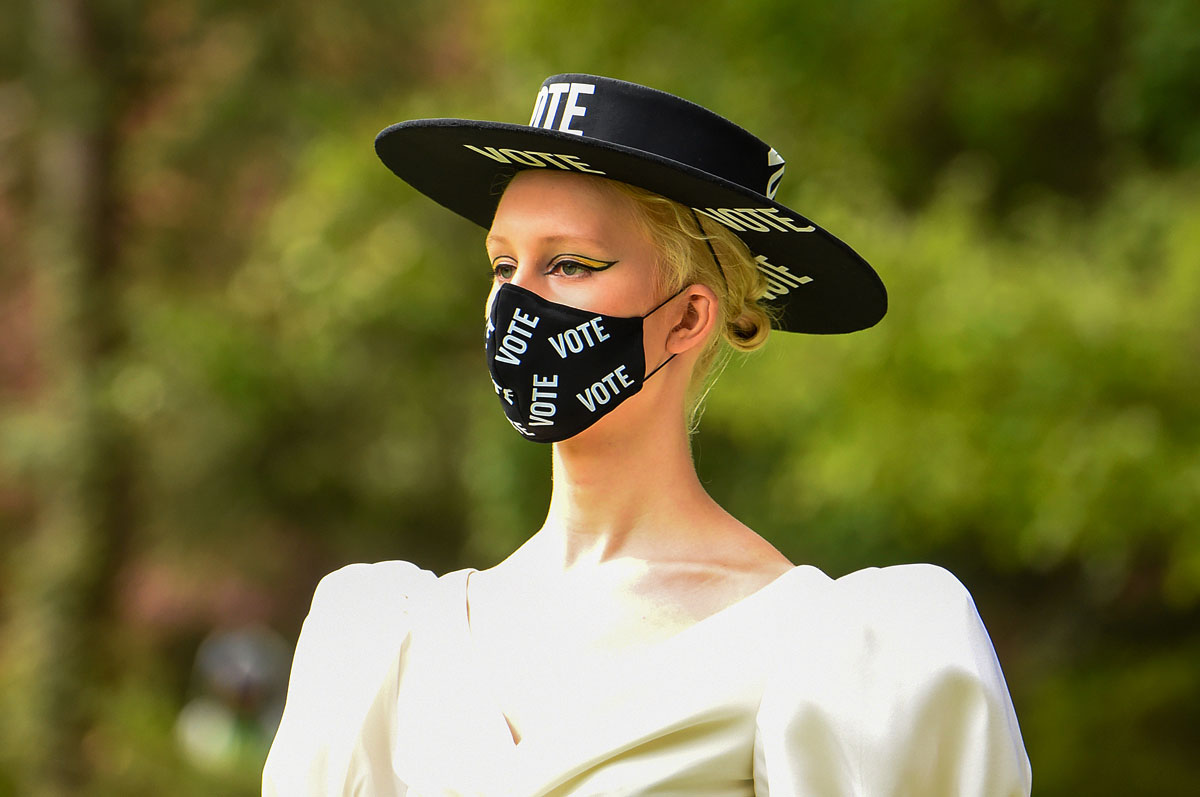 IMAGE: ‘Sometimes you have to put it (the message) in people’s faces to get it across. I think by (creating) a very graphic dress, it did that.’
Photograph: Jamie McCarthy/Getty Images 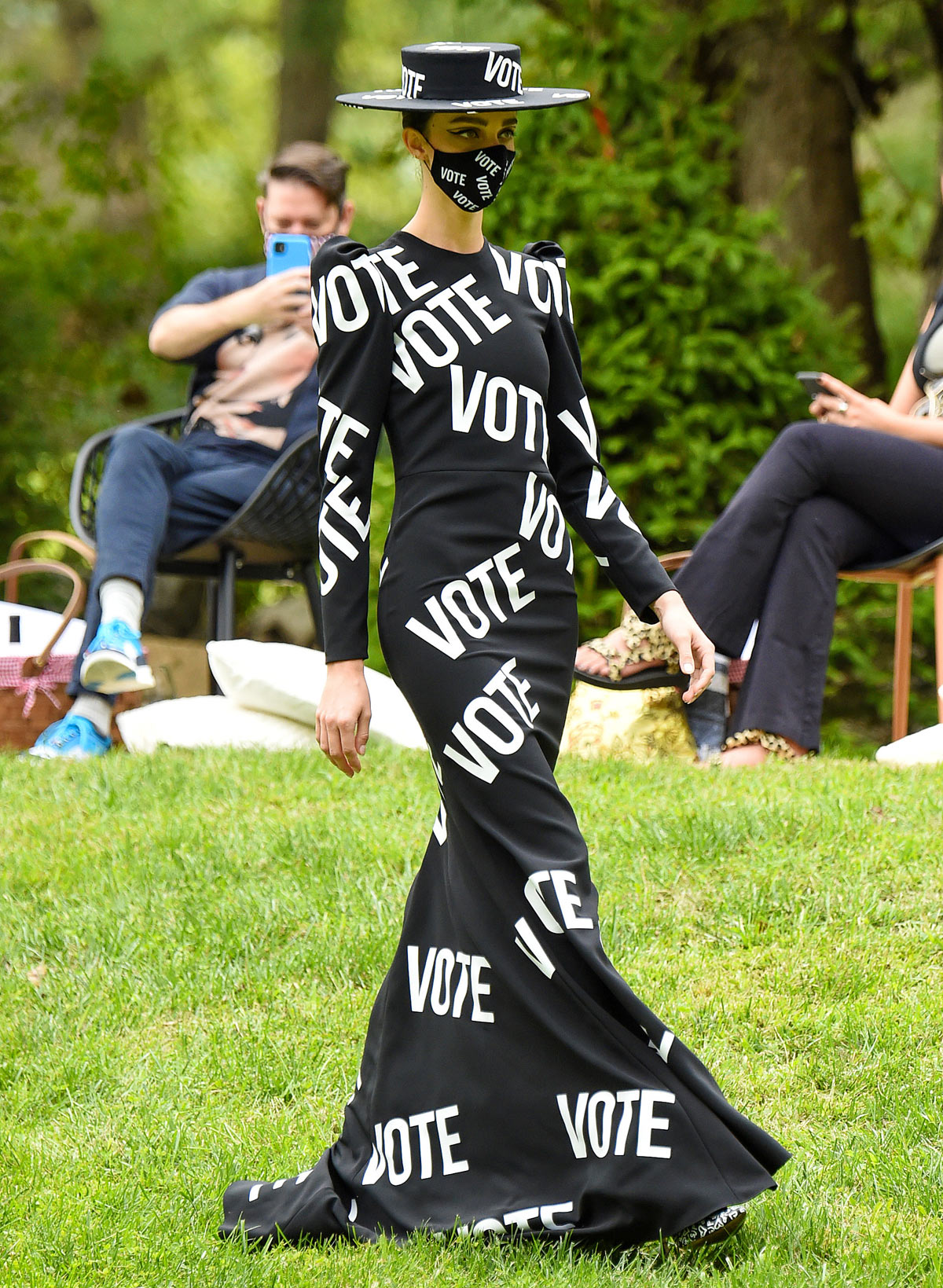 IMAGE: According to Siriano, the idea was to do something powerful on the ramp which would get people to repost the image over and over again.
Photograph: Jamie McCarthy/Getty Images 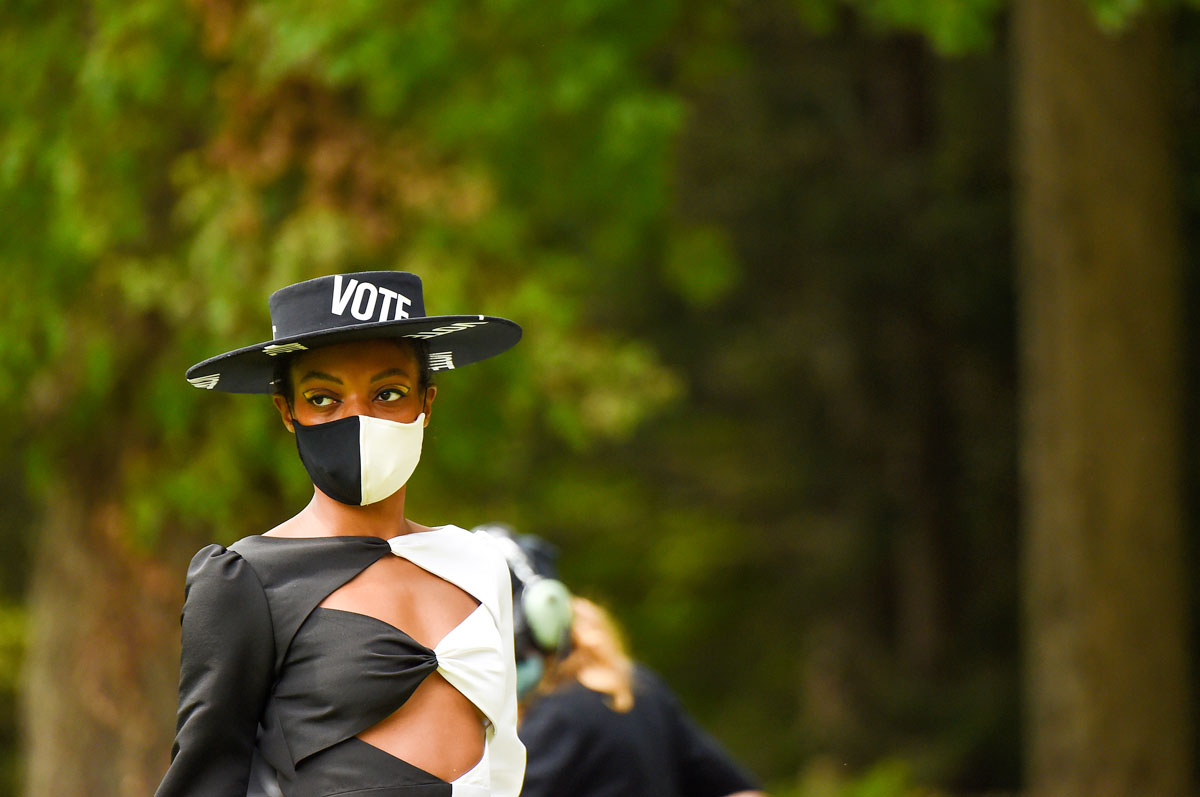 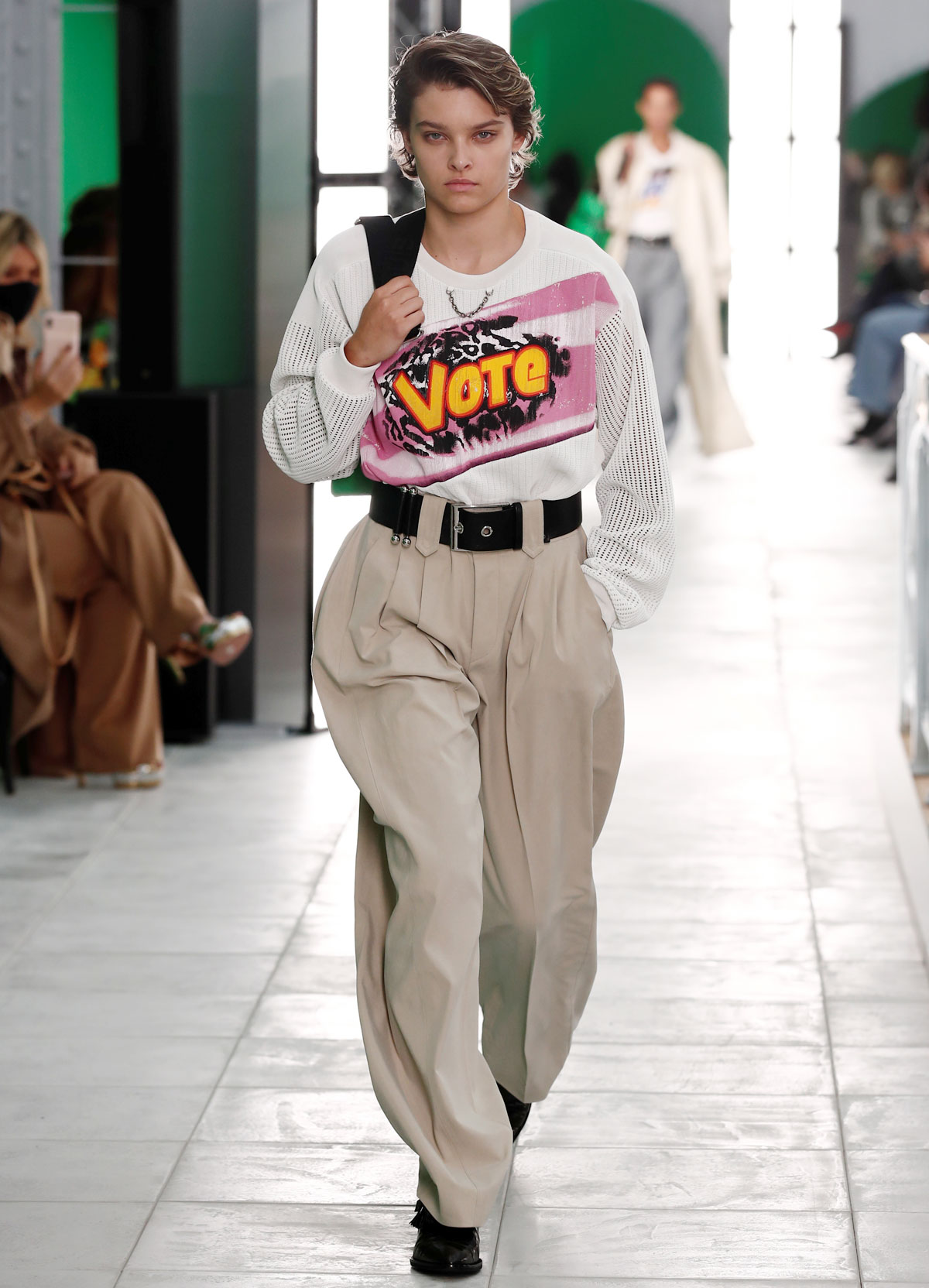 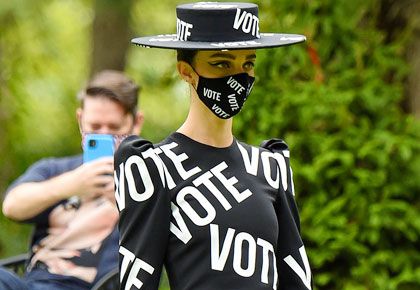