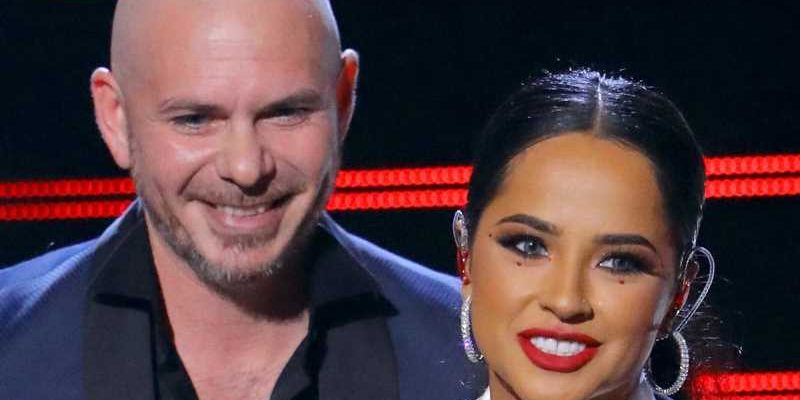 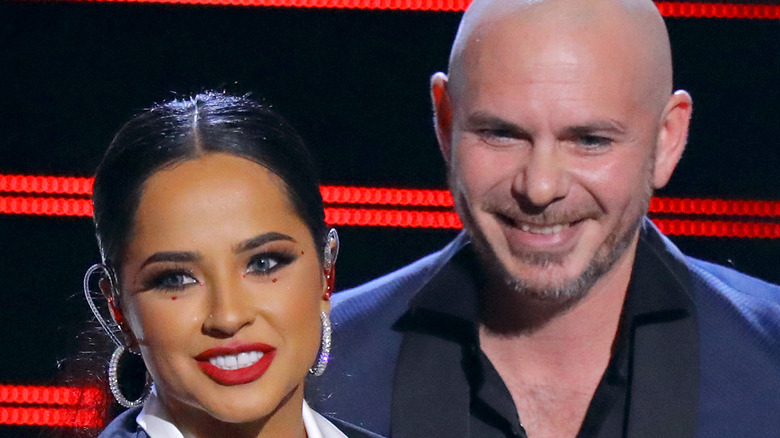 Becky G has already accomplished a lot over the course of her still-young career. The multi-talented hitmaker went viral with her breakout hit “Becky From the Block” — a reworked version of Jennifer Lopez’s “Jenny From the Block” — in 2013. Since then she’s dropped bops in English and Spanish, starred in movies such as 2017’s “Power Rangers,” and most recently released a makeup line (via IMDb, Teen Vogue).

Along the way she has gotten close with some of her famous collaborators. Becky G shared the screen with Lopez in the “Becky From the Block” video. She’s also collaborated with the likes of Maluma, Anitta, and Natti Natasha multiple times. However, one of the most interesting relationships she’s formed is the one she shares with Pitbull.

The “Mala Santa” siren and Mr. Worldwide first linked up back in 2014. That’s when Pitbull lent his voice to Becky’s electrifying single “Can’t Get Enough.” Their bilingual anthem hit the top spot on Billboard’s Latin Rhythm Airplay chart (via Billboard). It also signified the start of their unique friendship.

Being 16 years younger, Becky described her collaborator as part of her family. “He really is like having another uncle,” Becky G told Rolling Stone about her “Uncle Pit” in 2014. “He’s just the sweetest, most humble, smartest man I’ve ever met.” 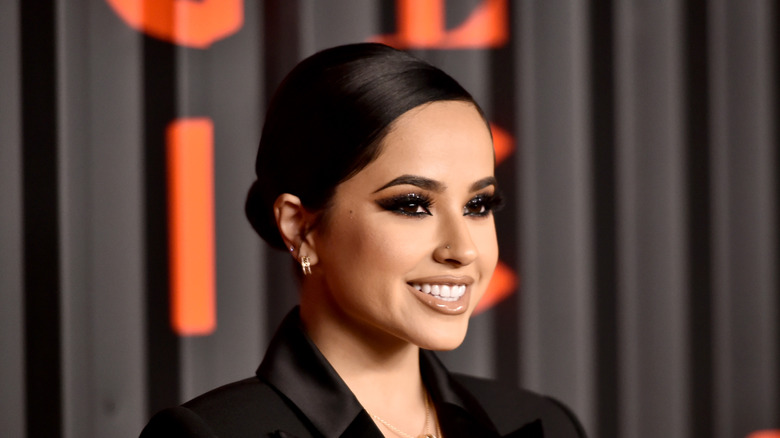 Becky G and Pitbull continued working together over the years. They collaborated on a song called “Superstar,” which became the theme song for the 2016 Copa América Centenario. “It’s an honor to team up with Copa América Centenario and an upcoming superstar like Becky G, who I’m very proud of,” Pitbull said in a statement shared with Billboard at the time.

Later that year she joined her Uncle Pit on tour in California. “I’m sooo excited,” Becky tweeted ahead of the opportunity. The “Shower” singer teamed up with Pitbull again in 2017. This time she joined him and Enrique Iglesias as the opening act for a date of their joint summer tour (via Orlando Weekly).

They were so close, in fact, that Pitbull was selected to present Becky G with the Evolution Award at the 2019 Latin American Music Awards. The “Give Me Everything” superstar emphasized how long they had known each other in his speech (via ET).

Most recently, Becky and Pitbull got together again on the rapper’s song “Mala.” Becky gushed about the opportunity on social media. “Pitbull and I have known each other for years and he has always been like family,” she wrote in Spanish on Instagram around the release of the accompanying visual. “Thank you for your support throughout the years!”

With any luck, they’ll link up again in the near future.