I managed to get a 10-seconds greet-and-bow with the great designer, who left us all earlier this month one day before the 77th anniversary of his hometown’s bombing.

Born in Hiroshima in 1938, Miyake was just seven years old when the city was devastated by an atomic bomb dropped by the United States. His mother died of radiation exposure three years later.

Known for his innovative styles and perfumes, Miyake built a global fashion brand, which included designing Steve Jobs’ famous black turtle neck jumpers — but it wasn’t until 2009, when he wrote that he didn’t want to be known as ‘the designer who survived the atomic bomb’, that the world came to know of his troubled childhood. The corporate world is most familiar with Issey Miyake because his black turtlenecks were worn by Apple CEO Steve Jobs.

But the impact that the famous Japanese designer had on Apple could have been even larger, with Jobs initially wanting Miyake to create a uniform for all Apple employees.

The idea for an Apple uniform came from a trip to Japan in the 1980s when Jobs visited Sony and saw that all workers in the factories were wearing matching uniforms.

Jobs asked Akio Morita, then the chairman of Sony, about it.

‘He looked very ashamed and told me that after the war, no one had any clothes, and companies like Sony had to give their workers something to wear each day,’ Morita apparently told Jobs.

Miyake worked with Sony to create a taupe nylon jacket that easily converted into a vest courtesy of removable sleeves.

The uniforms became so much a part of Sony’s ‘signature style’ that ‘it became a way of bonding workers to the company.’

An Apple uniform got booed off by Jobs’ colleagues, but the Miyake-Jobs friendship resulted in the popularly etched picture of Jobs always wearing the Miyake turtlenecks with his Levi’s 501 classic fit jeans.

And yes, how much did each turtleneck cost Steve Jobs?

Cheap by Miyake standards, for sure. Miyake developed a new way of pleating fabric by wrapping it between layers of paper in a heat press.

It was a phenomenal success — various tests proved the pleats stayed in place and didn’t wrinkle, and it led to his signature line called Pleats, Please.

I would buy a scarf or stole or blouse for my wife almost on every trip to Tokyo from the corner shop at Narita airport, just before boarding — and she would always be delighted. 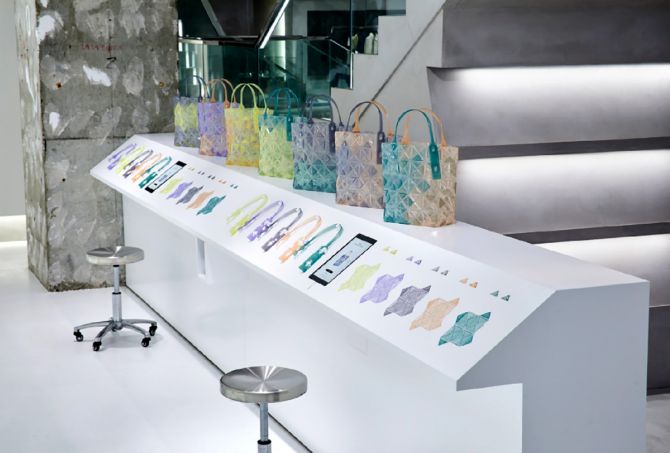 Miyake’s distinctive Bao Bao line of bags, widely recognised for their small resin triangles, was celebrated for its engineering and so popular was it that knock-offs flooded the fake designer market in large quantities.

The Miyake brand became well known for creating a style that was high-tech yet practical, and comfortable, and became a household name not only in Japan’s fashion industry but also on the global catwalk.

A perfume bottle of L’Eau d’Issey, launched in 1992, was rumoured to sell every 14 seconds.

His A-POC (A Piece of Clothing) line, which can now be seen in museums, used a special weaving machine that made outfits out of one continuous tube of fabric.

Miyake was nothing short of genius. 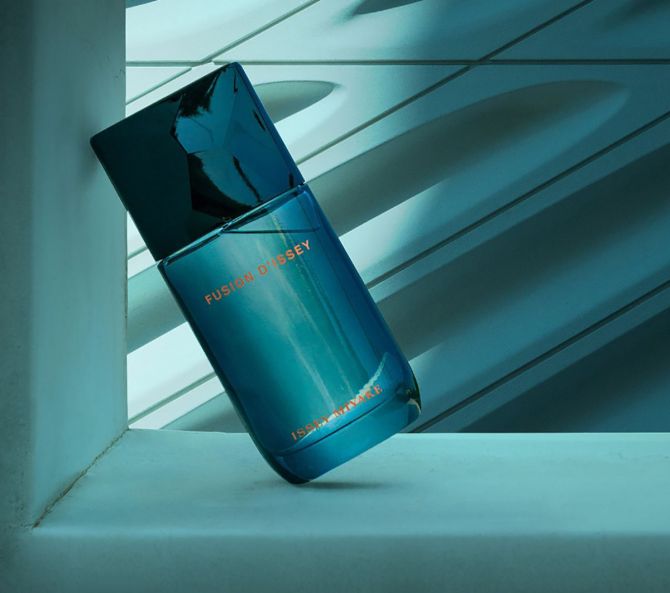 When asked what his perfume Fusion d’Issey was all about, Miyake is known to have said, ‘Drive into a volcanic world underwater where freshness becomes incandescent. Discover the force of a Fusion born from the stark contrast between the coolness of the water and the heat of a volcano.’

‘Vibrating between hot and cold, the Fusion d’Issey bursts with pure energy and vitality.’

Now was that a product description or pure poetry?

In recent years I was most intrigued and impressed by Homme Plissé Issey Miyake, the lifestyle line for modern men with the intent to liberate the way they dressed.

The brand was established in 2013 as a result of Miyake and his team’s research on pleating since 1988.

Designed for men to mix and match in any way to express their originality, the garments are lightweight, comfortable, wrinkle-resistant, and can be stored and carried in compact sizes.

My mentor Fumio Oshima san is now well past 80, but he sports a Homme Plissé jacket with much aplomb, and always looks graceful and good. Miyake’s first collection was launched in New York in 1971.

From the very beginning, Miyake’s designs focused on the concept of ‘A Piece of Cloth’.

He broke the boundaries between East and West and pursued ‘the body, the fabric covering it and a comfortable relationship between the two’ as a fundamental concept, both shocking and resonating with people the world over.