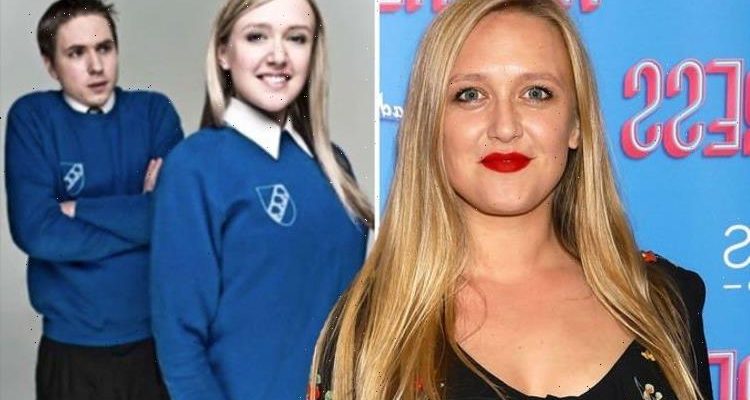 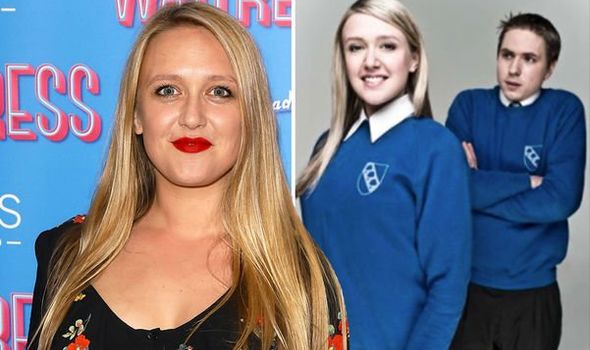 Emily Head began playing student Carli D’Amato, the love interest of Simon Cooper (played by Joe Thomas), in the E4 series when she was 18. Now aged 33, the actress said that while she is still recognised for her role, she wouldn’t want to play her character again.

The series ran from 2008 until 2010 and episodes are still regularly repeated on the channel.

This year also marks 10 years since the movie was released in 2011.

Reflecting on her time in the sitcom with Express.co.uk, she said the cast reprising their roles would be “a disservice” to the characters.

She explained: “I think it’s such a perfect kind of encapsulation of the boys at that age and the girls that they loved at that age.

“To now do it in our thirties, it would really be missing something.

“I think trying to revisit it would be it a disservice to the characters.

“It was so well loved for what it was.”

Emily, who is supporting Blue Cross’ Christmas campaign, added: “It’s best to leave it as something you watch and look back on fondly.”

The ex Emmerdale star said it was difficult for them to stay in touch as actors due to their busy schedules, but revealed she was still “very close” to Blake.

She added of her time on the sitcom: “It was so much fun, it was hilarious on set every day.

“It was my first job out of school. It was a dream come true really.”

Elsewhere, Emily is supporting Blue Cross’ annual Christmas Appeal, which calls on the animal-loving public to make a donation.

Money towards the charity gives animals the chance to have the happy, healthy lives they deserve.

Alongside the likes of Emma Barton, Ben Fogle and Anna Richardson, Emily has recited the popular Christmas classic, A Christmas Carol – with a twist.

The actress said of her involvement: “I was thrilled when Blue Cross invited me to be a part of their Christmas campaign, highlighting the incredible work they do supporting abandoned animals in need.

“I had a great time reading A Christmas Tail – a fun adaption of the much loved A Christmas Carol, and I hope you enjoy it too.

“Please donate if you can!”

To learn more about the Blue Cross and it’s Christmas Appeal, visit bluecross.org.uk/christmas