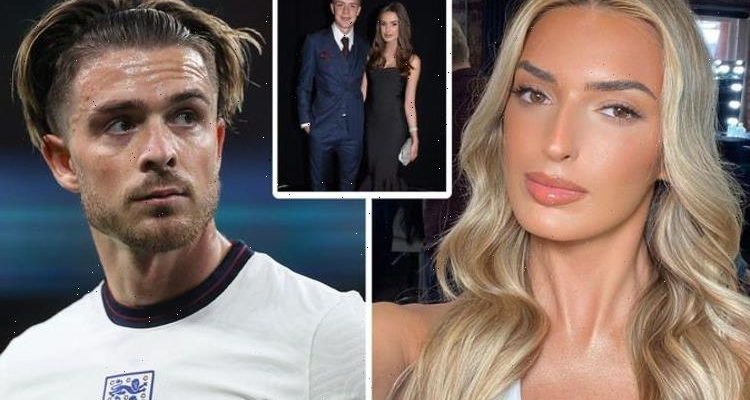 There’s no denying it, Jack Grealish has become something of a major heart throb, with a loyal female fanbase stretching across the country and further afield. The 26-year-old Manchester City player was a sure fan favourite during the Euro 2020, but his girlfriend Sasha Attwood, 25, has opened up on the detrimental impact it’s had on her following an onslaught of abuse.

I was receiving 200 death threats a day

The beauty blogger revealed she receives over 200 death threats a day, as the pair jetted off to Croatia after the tournament came to an end in July earlier this year.

Sasha shared some of the horrible comments she had been getting during an update to her followers on YouTube, admitting she was upset by how “nasty people can be”.

She said: “They said, ‘I hope you get cancer and die’ or I hope your whole family dies.’

“They say, ‘I hope the next time you’re in the car you crash it and die, I hope after Wembley you die.’

“I was receiving 200 death threats a day. I’m not exaggerating when I say that.”

She added: “I had so many messages every single day. I still get them now, all day every day.”

“Things have obviously blown up over the Euros, but I never thought in a million years it would ever be this bad,” Sasha sighed.

“It just kind of blows my mind how nasty people can be for no reason whatsoever.”

The blogger went on to say that she usually prides herself on being “quite a strong person” and is “very good at blocking out people’s opinions”.

“But it’s on a whole other level. It’s just crazy,” she admitted.

“It’s the nasty messages about my appearance, people’s opinions. What are you all doing? It’s embarrassing.”

And to realise that the people behind the message are of a very young age disappointed her even more, making her worry that social media platforms such as TikTok and Instagram are becoming more and more toxic for younger generations.

She continued: “You hear people talking about trolling, but I never realised how bad it actually was. The scary thing is, it’s young girls.

“I try to put it down to age but then I think when I was that age I never sent a message like that.

“I think it’s so toxic, social media, and it’s really sad these generations have grown up thinking that it’s OK to say things like that.”

The abuse sparked an Instagram investigation, to which the platform said they are “committed” to making the site “a safe place” for all users.

A spokeswoman for the company said: “No one should have to experience abuse or harassment, and we don’t want it on Instagram.

“We encourage people to turn on Hidden Words, a tool which means that no one has to see abuse in their comments or DMs.

“We also strongly recommend that people report behaviour like this to the police, so we can support them in their investigations.”

Sasha ended her video by encouraging trolls to think twice before they act.

She said: “Why are you doing it? Please ask yourself why.