Sources connected to the production tell TMZ, Jennifer was shooting “Don’t Look Up” in Boston with Timothee Chalamet when they were filming the final scene at 1 AM. JLaw was inside a restaurant when a window was supposed to explode as part of the scene.

The explosion did not go as planned and we’re told a shard of glass cut Lawrence’s eyelid and it would not stop bleeding. 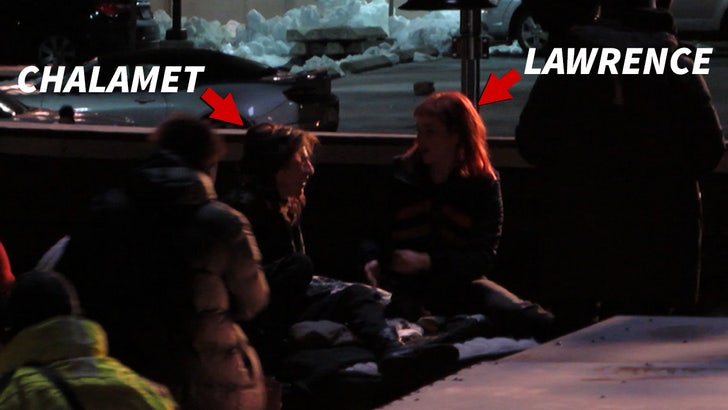 The extent of her injury is unclear, although we’re told “it wasn’t that bad.” Nevertheless, we’re told production was shut down for the scheduled Friday shooting.

The photos (above) were taken in the scene before the “controlled glass explosion” scene. The scene from the photos is where Jennifer and Timothee are kissing and snuggling on a mattress with a 6-pack of beer at the ready.