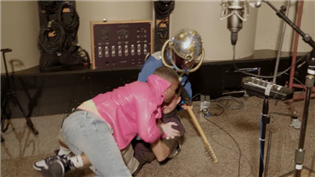 Jibri spends a lot of time defending his buddy Daveed to Miona, because the two do not get along.

Once there, however, Jibri and Daveed are the ones clashing … leading to a physical fight.

Ariela is trying to be supportive of Biniyam's pie-in-the-sky UFC dreams, but she is in for a rude awakening.

Bilal and Shaeeda grapple with religious differences and very conflicting ideas about how to live and operate in their home.

Emily and Kobe are not getting along, leading to a very toxic moment that happens right in front of her family.

Kara and Guillermo's short but sweet walk downtown highlights how common international love stories can be.

Patrick is moving to Dallas, which means that so is Thais … and, to her chagrin, John.

Finally, Mohamed is starting to make it clear that his previously stated rules for Yve were just the start — and he expects her to convert.

2.They drive to Chicago

4.But Daveed has some advice for Jibri

5.The distraction objects to that

7.Meanwhile, at the recording studio

12.Space Ca$h tries to break it up

14.Credit where credit is due …

15.Ariela has her own concerns

17.Is this a fair confrontation?

20.This is part of a pattern with him

23.But sometimes, Bilal is right

26.Emily wants to hang out with Kobe ASAP

27.Emily is a little too eager

28.Also, Kobe clearly hates being told what to do

31.Back in the stables, Kobe talks to Lisa

33.Inside, they hash things out

36.Thais tries mac and cheese for the first time