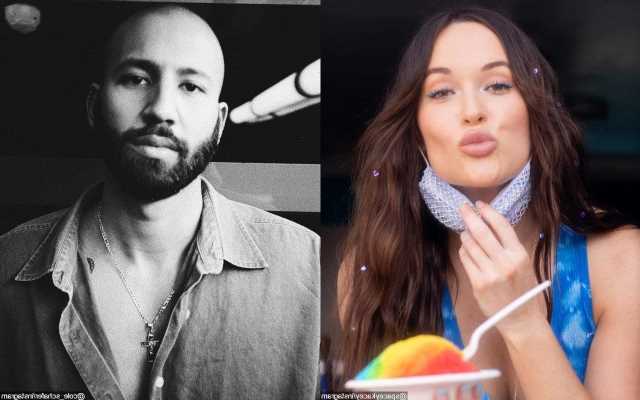 In the sweet Polaroid snap, the Grammy-winning singer can be seen sweetly kissing the founder of copywriting agency Honey Copy on his cheek while sitting on his lap.

AceShowbiz –Kacey Musgraves and Cole Schafer have finally made their romance Instagram official. Confirming their relationship, the “Golden Hour” songstress and her new boyfriend took to their respective accounts to share a PDA-packed photo.

Cole was the first who uploaded a black-and-white sweet snap of a Polaroid on his page. In the photo, he could be seen smiling as the 32-year-old singer, who was sitting on his lap, planted a kiss on his cheek. “I’m trying like hell not to write about her,” the founder of copywriting agency Honey Copy captioned his post shared on Tuesday, June 22. Not stopping there, he also took to his Instagram Story to share the picture along with “This Is the Last Time” from The National playing in the background.

In the comment section, Kacey showed some love to her beau as she responded with a simple black heart, to which Cole replied with a white version of the emoji. Echoing his gesture, the “Space Cowboy” singer then reposted the loving snap on her own Instagram Story. 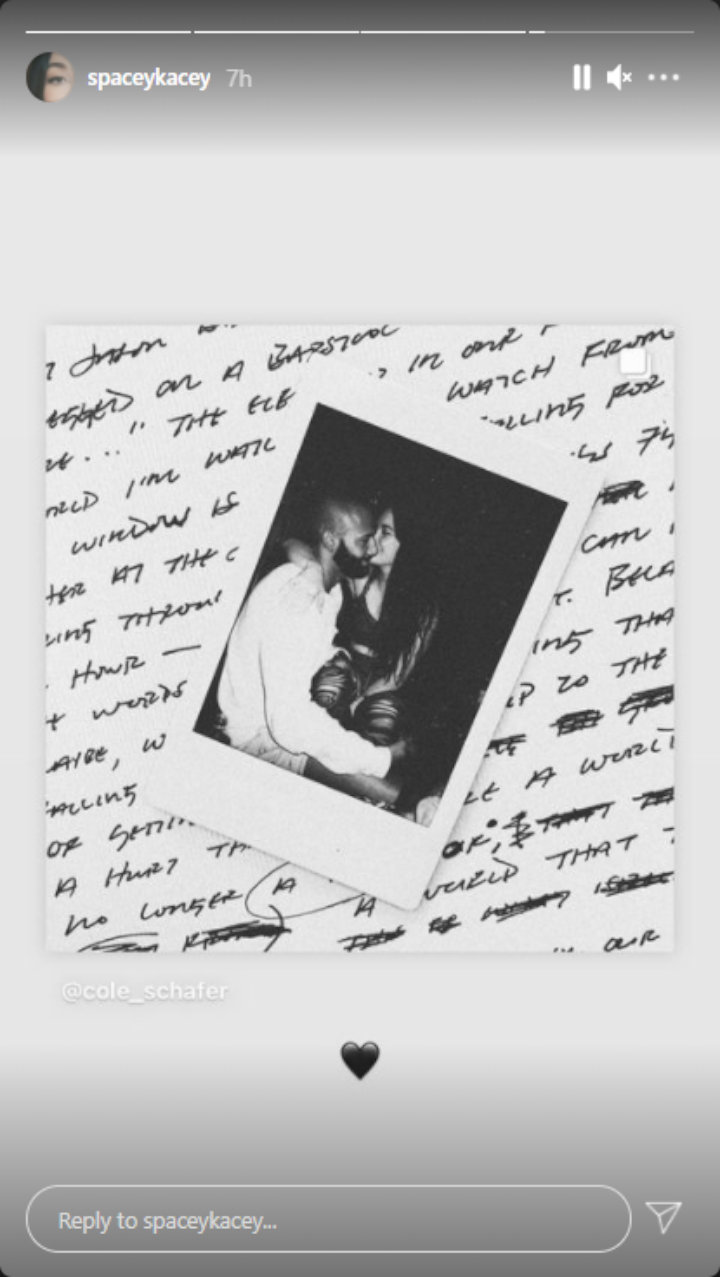 Kacey Musgraves made her relationship with Cole Schafer public.

Their Instagram debut as a couple came just several days after Kacey and Cole were spotted hugging and holding hands as they strolled around New York City on Sunday, June 20. For the outing, the Grammy-winning singer donned a baby blue cropped tank top covered in swirling black lines, while her new boyfriend was seen wearing a ribbed white long-sleeve shirt and pale gray camouflage shorts, along with white trainers.

Prior to her romance with Cole, Kacey was linked to Dr. Gerald Onuoha in April. At the time, she posted a sweet selfie with him on her Instagram Story after the two were spotted embracing each other while waiting for an Uber in Los Angeles.

The Story saw Kacey cuddling close to Gerald. She rocked a brown top and looked effortlessly glam with her slick-straight hair and natural makeup, including fluttery long lashes and pinkish nude lipstick. In the meantime, the Nashville-based doctor wore a camo jacket and a backward black hat.

Kacey was previously married to Ruston Kelly for two years. The “Slow Burn” singer settled her divorce with her ex-husband in September 2020 after announcing their split in July 2020. “It simply just didn’t work. Though we are parting ways in marriage, we will remain true friends for the rest of our lives. These kinds of announcements are always met with scrutiny and speculation and we want to stop that before it even starts,” the former couple said in a joint statement announcing their split.