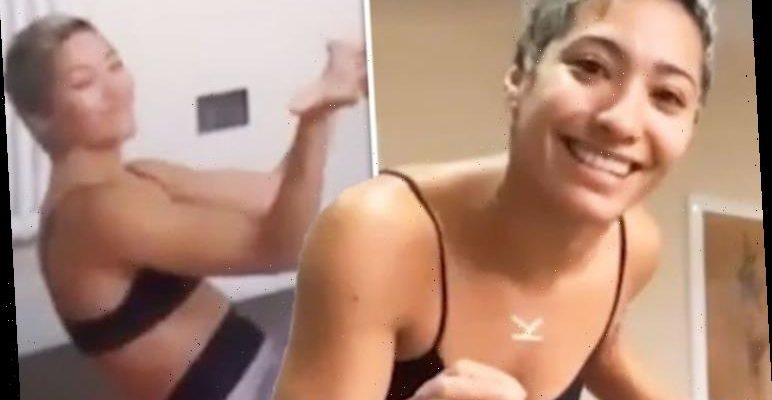 Strictly Come Dancing professional Karen Hauer regularly keeps her fans active with her hard-hitting cardio workouts and strength training routines online. It didn’t exactly go to plan for the Latin ballroom champion today, after her three beloved dogs became distracted by the presence of an unwanted guest – a squirrel.

Taking to Instagram, Karen sported a cropped top and leggings as she began her exercise video.

Laid out on a yoga mat, the BBC pro instructed her followers to begin doing their crunches for a calorie-burning ab workout.

But to Karen’s dismay, her four-legged friends began to bark loudly blocking the sound.

In view of her 272,000 followers, she began doing a countdown but it was difficult to hear over the noise. 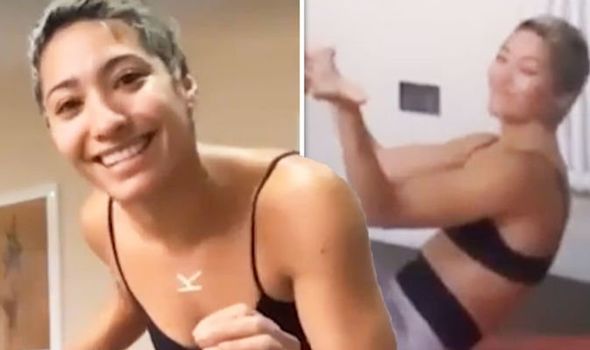 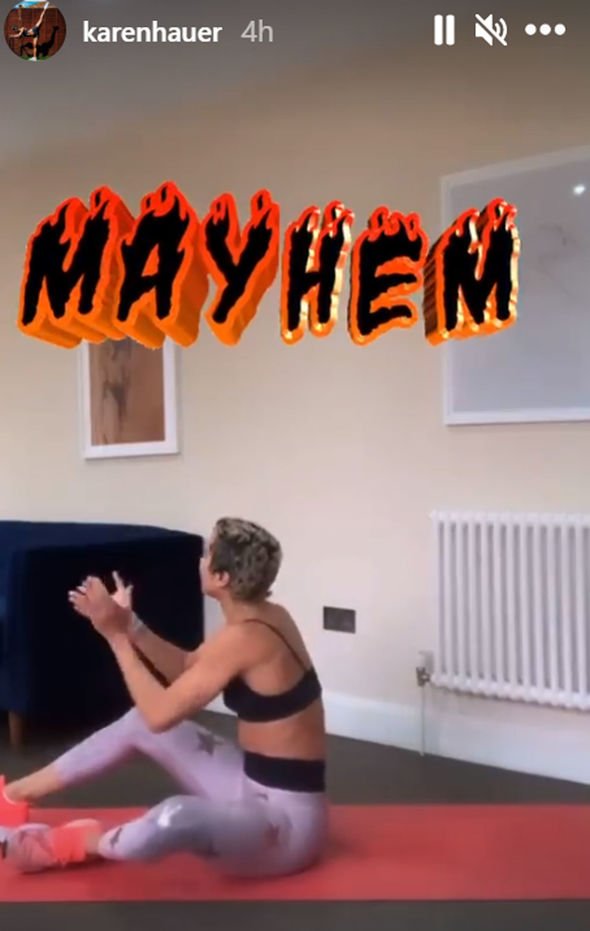 “Guys!” Karen shouted above the racket, in a bid to get Betty, Phoebe, and Marley’s attention.

As they showed no signs of slowing down, she spoke into the camera and revealed the real reason why her pooches were irritated.

Karen explained: “The thing is, the squirrel just sits there and teases them.

“The squirrel sits there, like, ‘What are you going to do? You’re not going to do anything.'” 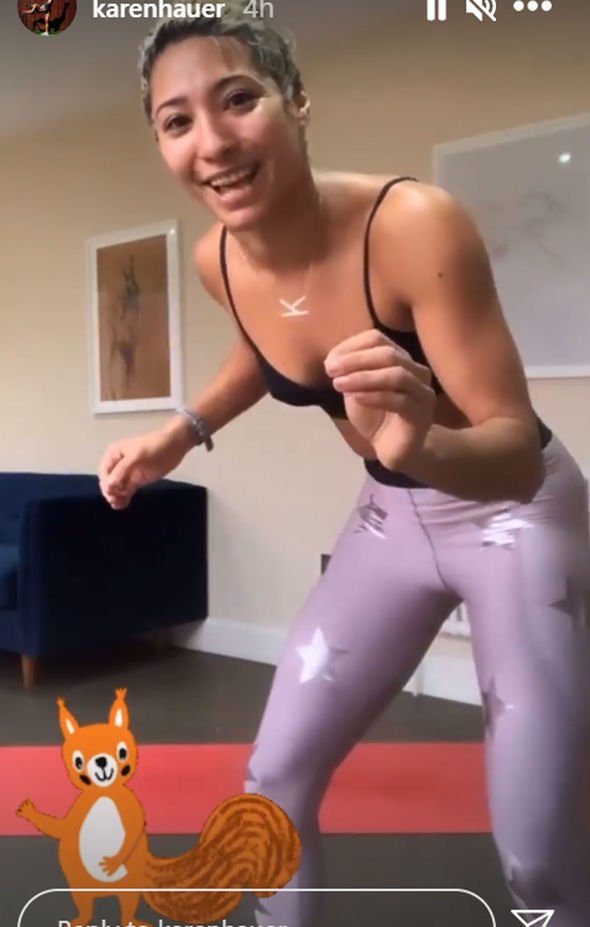 It was not all bad news for the Strictly pro, as the dogs later calmed down and she could complete the task in hand.

Fans were quick to comment on the post, as one person queried: “I wonder if it’s that same squirrel from last time haha. Maybe it wants to be adopted by Karen haha. Keep up the awesome work you do, and take care, stay safe.”

Karen confirmed it was the same squirrel after seeing the remark. 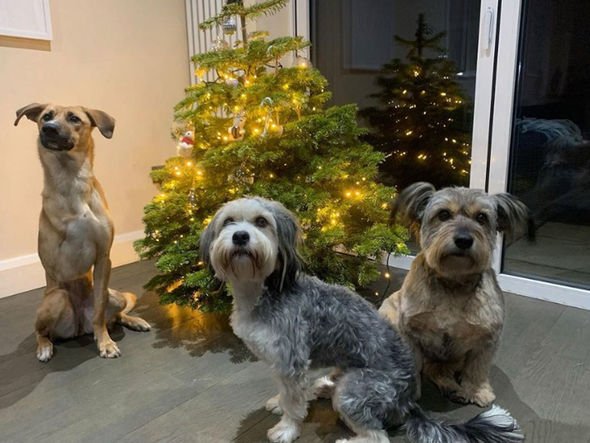 A third wrote: “That was great, thank you. My dogs joined in with yours!”

Another person joked: “Squirrel power!” while a social media user added: “That chorus was fantastic.”

Meanwhile, the Strictly professional dished on how she ensures she stays fit even during lockdown.

Karen insisted on maintaining a healthy diet and encouraged participating in various forms of exercise.

“I eat clean and limit my intake, so for example, I’ll have chicken with vegetables in a correct portion size,” she explained.

When it comes to exercise, Karen mixes up running, yoga, Pilates, boxing, and HIIT.

She added to The Spectator: “Then I’ll probably dance for a couple of hours.”