Kate Beckinsale was reportedly rushed to the emergency room in Las Vegas after throwing her back out. She’s in Vegas filming a new movie.

Kate Beckinsale, 48, was hospitalized on Friday morning (Sept. 10) for a back injury, according to TMZ. The outlet, which cited sources close to the Undwerworld actress, claimed that she threw out her back and was taken in an ambulance to a nearby emergency room in Las Vegas. Kate has reportedly been staying at The Signature at MGM Grand while filming her new movie, Prisoner’s Daughter. HollywoodLife reached out to Kate’s rep for comment, but we haven’t heard back. 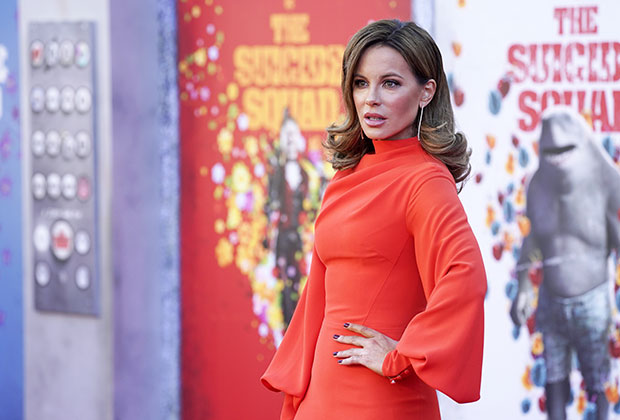 The day before Kate was hospitalized, she posted a photo on Instagram from the movie’s set. In the snapshot, Kate posed while wearing an unconventional wedding dress. She captioned the photo “Oops #Vegas,” and tagged the film’s director, Catherine Hardwicke.

Kate’s casting in Prisoner’s Daughter was first reported in June 2021. Per Deadline, the film “tells the story of a tough but proud ex-con Max who’s struggling to find a way to reconnect with his only daughter and grandson; once he begins an attempt at reconciliation, his violent past once again catches up to him.”

Kate will play the daughter in the film, while Max will be portrayed by Succession‘s Brian Cox. Ernie Hudson will also star in the film as Hank, “a tough-as-nails boxing trainer who owes his life to Max and would do anything for him,” according to reports.