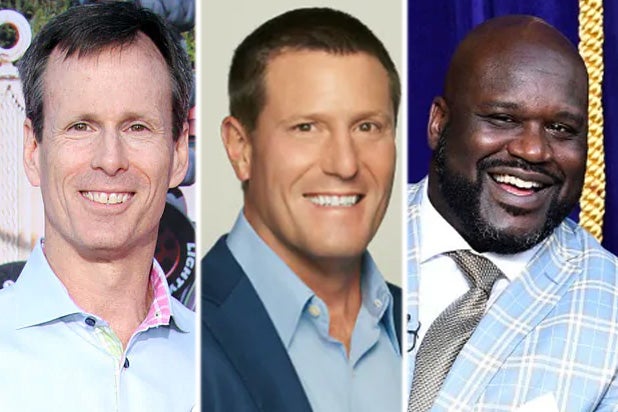 Former Disney execs Kevin Mayer and Tom Scaggs, along with former NBA star Shaquille O’Neal, will be a part of the newly-formed SPAC Forest Road Acquisition Corp., with the goal of raising $250 million for media and technology acquisitions.

According to a filing with the SEC, Mayer will serve as a strategic advisor, Scaggs will be director and the Chairperson of the Strategic Advisory Committee, and Salil Mehta, another former Disney exec, will be the Chief Financial Officer.

O’Neal will also be a strategic adviser, as will producer Mark Burg, and Martin Luther King III will be a director.

The special-purpose acquisition company (or SPAC) plans to raise $250 million for acquisitions in the technology, media, and telecommunications sectors. SPACs, occasionally referred to as “blank check companies,” are shell companies designed to allow investors to pool capital to fund mergers or acquisitions with the intention of finding opportunities after establishing the company. They typically serve as a way for individual investors to participate in actions normally reserved for professional investment companies.

According to the Wall Street Journal, there has been a rise in the creation of SPACs as a result of economic uncertainty due to the COVID-19 pandemic that has made traditional investment firms more cautious.

“We believe that our team’s distinguished and long-term track record of sourcing, acquiring, and building next-generation media and entertainment platforms, along with other investments and operational experience in consumer-facing industries, will provide us with differentiated consumer insights and sourcing opportunities,” the company said in its SEC filing.

Staggs is a former COO of Disney, while Mayer was most recently at Tik Tok, where he quit after four months on the job.