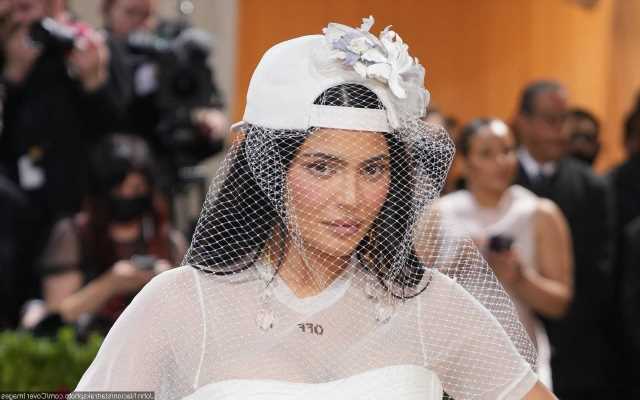 The ‘Keeping Up with the Kardashians’ alum is forced to defend herself after one TikTok user criticized her for trying to be too relatable while sharing one of her makeup products.

AceShowbiz –Kylie Jenner is not here for any naysayers. On Tuesday, August 30, the “Keeping Up with the Kardashians” alum fired back at a hater who called her “cringey” after she posted her recent lip kit video on TikTok.

The 25-year-old Kylie Cosmetics founder initially shared the said clip on Saturday. In the nearly two-minute footage, she tried to set her phone up while she was sitting behind the wheel. When her phone accidentally fell, the reality star let out a small scream. She then continued recording herself applying the lip blush in the car.

Many have since reacted to the video. One in particular was TikToker @plasticchandler, who slammed the TV personality for making content that was “very curated to the style of an influencer.”

“This is something Emma Chamberlain would post,” he said in his reaction clip. “And I just think it’s interesting because, it’s like, you’re a billionaire, girl! Why are you reviewing lip kits in your car when you live in a multi-million-dollar home?”

“You did not just go to the store and pick that up. You didn’t get home from somewhere and get it from your mailbox. That was very deliberate of you going to your car to do that, and the phone drop was kind of cringey,” he continued. “This is not something Kylie Jenner does on the normal, I promise she doesn’t just sit in her car.”

Catching wind of the criticism, Kylie replied in the comment section, “it’s really not that deep or calculated.” The youngest daughter of Kris Jenner added, “this video took me 5 mins to make. and yes i still drive and do normal things.”

Kylie has been familiar with clapping back at online trolls. Earlier this month, “The Kardashians” star shut down a critic mocking her lips after she shared a video of her and her bestie Stassie Karanikolaou on TikTok.

The clip showed the two ladies, who both rocked fitted black tops and oversized lips, posing with each other as Ciara‘s “Favorite” played in the background. Noticing the big lips, one user wrote in the comments section, “The lips, please.” The commenter also added grimacing, sweating and skull emojis. In response, Kylie declared, “It’s the filter but go off.”