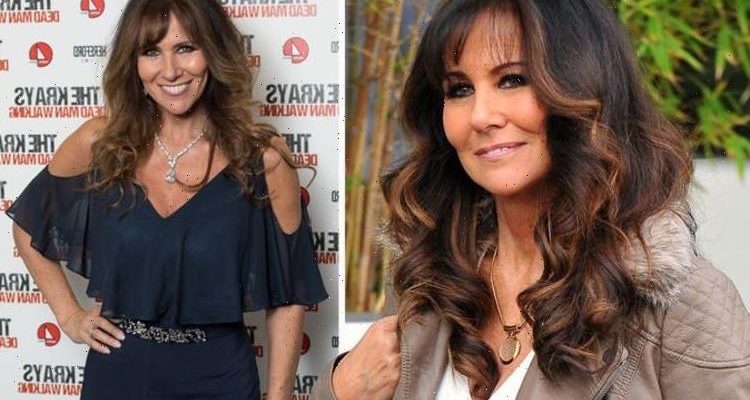 Linda Lusardi was struck down with Covid in March 2020 and was hospitalised for nine days following her “traumatic” battle with the deadly virus. And now, the 62-year-old glamour model has blasted Boris Johnson and his government for planning on ditching the restrictions that have been put in place to save lives.

She questioned why the use of face coverings, particularly on public transport, cannot continue.

During an appearance on FUBAR Radio, she said of the Prime Minister: “I think he’s going to let it all go and it’s going to peak again.

“And I just hope that he doesn’t try and lock us all down again. That’s the last thing we want isn’t it.’

“I do think that we should be opening up, but I think we should keep the masks on, if we can. Because that’s no real trouble to anyone, is it really?

“Public transport, absolutely one hundred per cent. Especially in the underground. I think we should be wearing them,” she continued.

“Even if it just stops you getting the usual cold every Christmas it’s worth it.”

“They say things like ‘We will only get 17 deaths a day and we’ll only get this.’ I think that’s a lot for something that we could stop, you know, those 17 dying, if we took a few more precautions.

“For the sake of going to the pub and having a drink, when you can go in your garden and have a drink with friends. You know, you might save more lives if you just keep this sort of calmed down for a bit,” Linda continued.

During his most recent press conference, Johnson said face coverings and social distancing measures would be optional for people to wear following the proposed end of lockdown on July 19.

During a television appearance last year, the mum-of-two broke down in tears when she recounted her own battle with Covid.

Linda and her husband Sam Kane were both taken to hospital at the time, as their worried son watched on.

The couple, who have been married for 23 years, are parents to grown-up kids Lucy and Jack.

“My poor 20-year-old son watched us both be marched out of the door, with two paramedics with the full gear, all-in-ones and masks and into the ambulance,” she told Good Morning Britain’s Susanna Reid and Piers Morgan.

At the time, she explained that she was admitted to hospital because her oxygen levels were incredibly low.

“I had got practically zero oxygen in my blood, they said I had to come in,” she revealed.

Linda has since said that the ordeal was worse for her family, as she didn’t realise how bad she was at the time.

She said her husband, who did not need to stay in hospital for as long as she did, worried that his wife wouldn’t come home and would sometimes get flashbacks.

Meanwhile, her children had a short spell of therapy to help get over the trauma of their parents being so ill.

Speaking ahead of the launch of her YouTube series Beauty Angels, Linda said that she had thought about having therapy herself, but decided against it, as she felt it was worse for her loved ones.

“I think my husband Sam should have some [therapy] because he still gets flashbacks about me not coming home and the fear and trauma he went through thinking I wouldn’t make it,” the Mail Online reports her saying.

“Both Lucy and Jack had a short patch of therapy. They’re absolutely brilliant now,” she added.

Listen to the full interview at Fubar Radio.