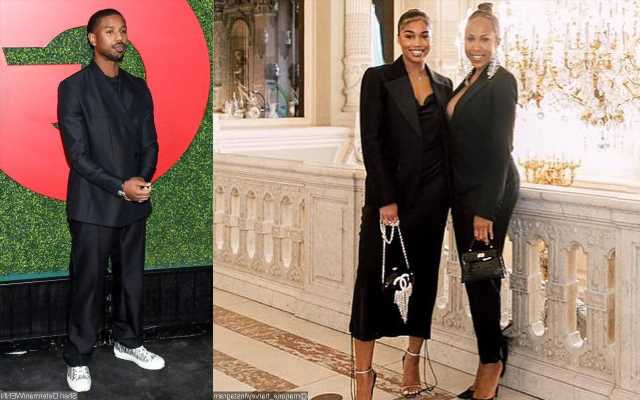 The shady message comes a couple of days after it’s reported that the ‘Black Panther’ actor and the daughter of Steve Harvey called it quits after more than a year of dating.

AceShowbiz –Lori Harvey‘s mom Marjorie Harvey seemingly has something to say to Michael B. Jordan. A couple of days after it’s reported that Lori and Michael went separate ways, the wife of Steve Harvey posted a cryptic post on social media.

Just two days after news broke that the 25-year-old beauty and the “Black Panther” actor had split, the 59-year-old took to Instagram Story to share a clip that saw actress Jennifer Lewis saying, “You sit in s**t for too long, it stops smelling. So come the f**k outta there.”

As her mother seemingly threw shade at her ex on social media, Lori has been coping with the breakup in her own way. On June 5, Lori was seen having fun with her friends at her pal and social media star Kristen Noel Crawley‘s baby shower. At the time, the SKN by LH founder looked happy during the bash.

Not stopping there, Lori also deleted all traces of Michael from her Instagram account. The “Creed” actor has yet to make the same purge as he still has photos of Lori on his Instagram page, including a February post with a caption that read, “I love her [heart emoji].”

On June 6, Lori’s stepdad Harvey addressed the split during his radio show “The Steve Harvey Morning Show”. The 65-year-old presenter said, “I’ve heard about it. I wish him well.” He later showed support to his daughter as saying, “I’m Team Lori 1000 percent.”

“Things happen, it’s hard to be young and in the limelight and have a successful relationship,” Steve continued. “Look, as long as everybody can walk away in peace, be friends … I ain’t heard nobody say they busted no windows or nothing. As long as you don’t put your hands on my daughter, I don’t give a damn what you do.”

Steve further said that he believes Michael “is still a cool guy, from what [he knows].” He then assured that both Lori and the “Without Remorse” star will be fine, noting, “It’s a breakup. I’m pretty sure they’ll be fine. People break up all the time.”

Lori and Michael called off their romance after dating for more than one year since November 2020. Of their separation, a source told PEOPLE, “Michael and Lori are both completely heartbroken. They still love each other.”

A separate source spilled that Lori “wasn’t ready to commit” to Michael. The so-called insider further claimed that Lori “is very focused on her career” and that she “realized that they weren’t on the same page.” The informant continued, “She still wants to have fun and be free. Michael is a great guy. She is sad that their relationship didn’t work out, but she is moving on.”