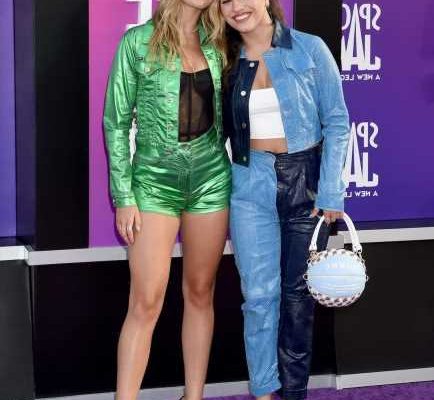 Kenzie Ziegler and Maddie Ziegler have been through a lot together. The siblings were just six and eight when they were cast on the hit Lifetime TV show, Dance Moms. The reality TV show made the pair household names and they were able to use the platform to launch their solo careers. Today, the sisters have gained millions of fans and are breaking into other parts of the entertainment industry.

In a lot of ways, Maddie and Kenzie have never really led normal lives. As the siblings literally grew up in the spotlight, they’ve gotten accustomed to the incessant attention. In fact, Kenzie can scarcely remember a time when she and her sister weren’t being recognized. And while the sisters had some semblance of normalcy in the early years of Dance Moms, like attending regular school prior to being homeschooled, even that experience was abnormal since they often had to leave school early to film and travel.

“We got pulled out of school every day to go to dance and film a TV show, so that was not normal at all,” Maddie shared with Elite Daily about the early days of Dance Moms. “We ended up not even finishing elementary school, because we got pulled out so much for work. And then once we started traveling, people started recognizing us. I remember we were in an ice cream store and someone called our names, and we were so freaked out. Like, how did these people know us? And then we realized, Oh, there’s a lot of attention around our show.”

Of course, the attention that Dance Moms received wasn’t always healthy for the siblings. As Maddie was one of the best dancers on the team, she received an exorbitant amount of pressure to win consistently. Furthermore, as she received special treatment thanks to being Abby Lee Miller’s favorite dancer, she got a lot of heat for things that weren’t her fault. Meanwhile, Kenzie was constantly compared to her older sister and many people pushed her to dance more like Maddie despite the fact that her passion for the sport was at a different level than her older sister’s

Fortunately, the pair had each other to lean on whenever things got particularly difficult. “When I was younger, I was going through a lot of hate, so I’m glad that I had you,” Kenzie shared with Maddie. “Our teacher, the environment we were in — it was all very stressful as a kid. I’m glad we were doing the same thing so I could have a shoulder to lean on.”

These days, the sisters are closer than ever and are constantly supporting one another. Maddie is pursuing a career in acting in addition to dance. Meanwhile, Kenzie has become a bonafide TikTok star in addition to pursuing a career as a solo music artist. Since the sisters have been in the media for so long, there’s not much about them that is unknown to fans. But even some of the most diehard Dance Moms fans may not realize that the pair have other siblings.

Maddie and Kenzie have other siblings

While Maddie and Kenzie are each other’s only full siblings, they actually have two half brothers courtesy of their father, Kurt Ziegler. Tyler Ziegler and Ryan Ziegler are both quite a bit older than Maddie and Kenzie, but they still maintain a relationship. In addition to their half-siblings, Kenzie and Maddie also have two step-siblings. Michele Gisoni and Matthew Gisoni are the children of Greg Gisoni, who is married to Maddie and Kenzie’s mother, Melissa Gisoni. Clearly, Maddie and Kenzie have more siblings than most fans realized. But considering the others aren’t in the spotlight, that’s not entirely surprising.