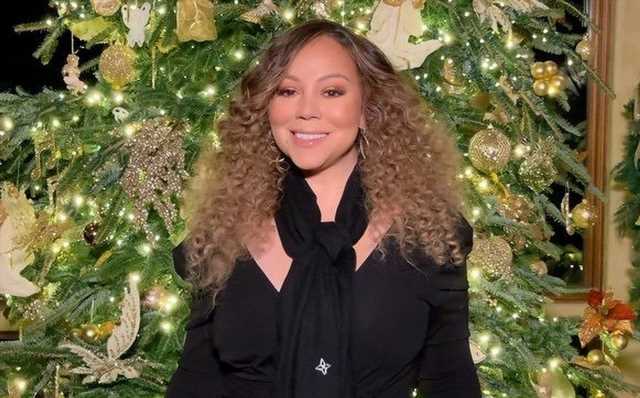 The ‘We Belong Together’ hitmaker is described by estranged brother Morgan Carey as someone with ‘contentious and vindictive nature’ in a defamation lawsuit.

AceShowbiz –Mariah Carey‘s older brother is convinced the superstar purposefully defamed him in her 2020 memoir, noting she has a reputation for having a “vindictive nature.”

Morgan Carey, 61, took his estranged sister to court earlier this year (21) after he accused her of writing “malicious falsehoods” about him in her book, “The Meaning of Mariah Carey“.

In the memoir, the singer recounted a vicious fight between her brother and their father, and claimed he had been institutionalised when he was younger, while stating she “never felt safe” around “troubled” Morgan because of his “unpredictable” rage issues.

Mariah recently fired back at Morgan’s lawsuit, insisting there was nothing defamatory about her memories, arguing the book’s message of seeking triumph over adversity is a matter of public interest.

But Morgan, who is 10 years older than Mariah, has since taken issue with her argument, reports the New York Post’s Page Six.

Responding in an affidavit filed in Manhattan Supreme Court in New York on Tuesday (06Jul21), he fumed, “It is particularly ironic to hear Mariah assert that her intention was not to defame me, but rather to inspire troubled youth.”

“This is coming from someone whose public behavior includes glamorizing her excessive drinking and coining the now popular term ‘splash,’ as well as other behaviors which would be in poor taste to mention here.”

Morgan claims there were plenty of other aspects of his difficult childhood she could have used as examples to inspire readers, such as his battles with cerebral palsy or grand mal epilepsy.

“This detail is conspicuously absent, which makes it clear that ‘inspiration’ was not on the agenda,” he continued. “Mariah’s agenda merely focused on book sales and her image, all at my expense with no regard to the truth or my well-being.”

He also points out Mariah’s history of showbiz controversies, explaining, “(Her publishers) would hardly be unaware of her contentious and vindictive nature as she has attacked many entertainment industry icons like Jennifer Lopez, Eminem, Madonna and Christina Aguilera.”

And Morgan is sure he will emerge victorious in court, claiming, “Actual evidence, timelines…, witnesses and history will bear out my testimony.”

He added of pursuing his case, “The public humiliation of Mariah’s baseless and false attacks will forever color my professional and personal interactions and will forever be a bell which can not be unrung.”

Representatives for the “We Belong Together” hitmaker have yet to comment on the remarks.

Mariah is also facing a similar lawsuit from her estranged sister, Alison Carey.