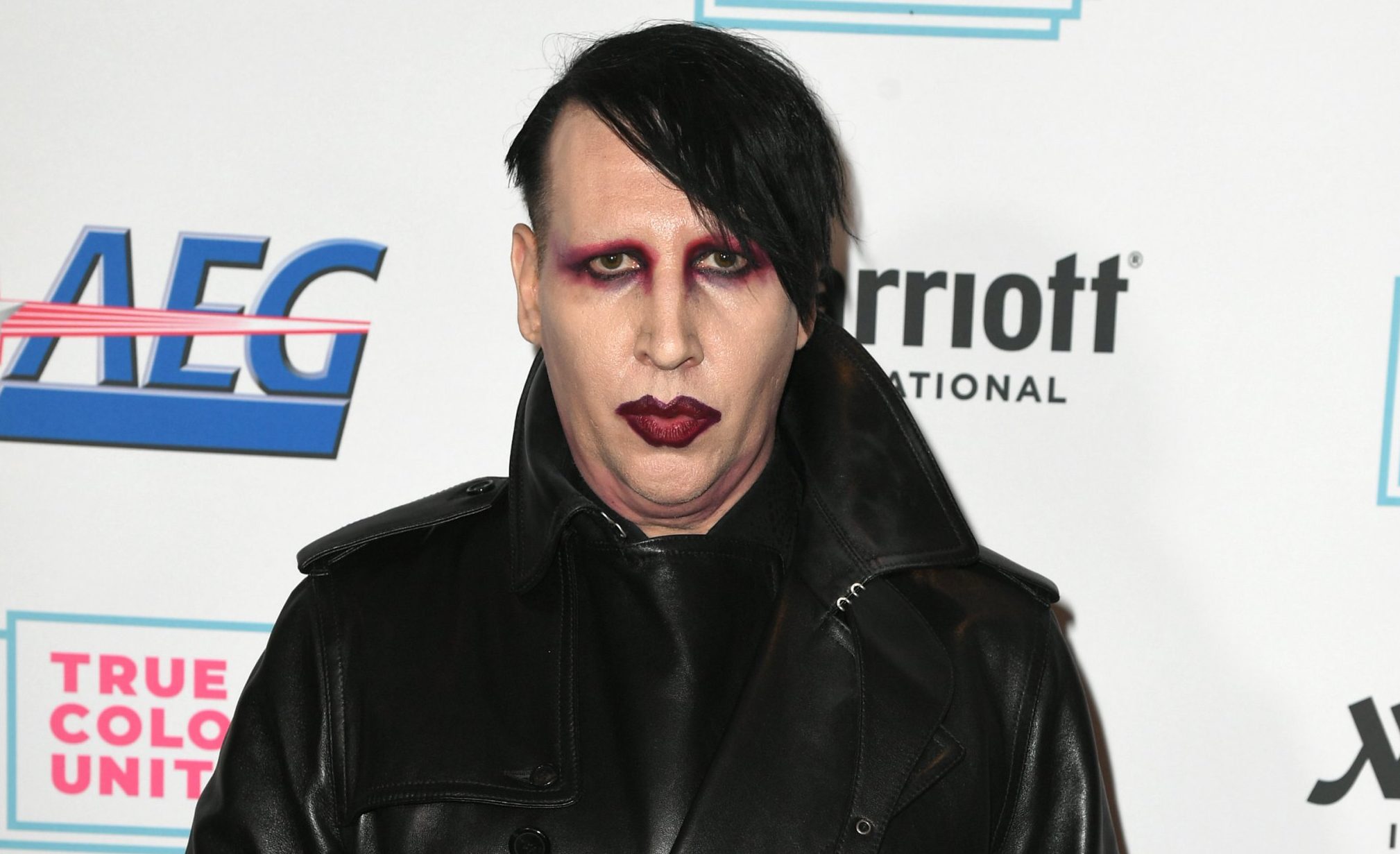 Marilyn Manson has turned himself in to police in the US over an alleged spitting incident, it has been claimed.

A warrant was issued for his arrest following allegations he spat on a videographer during a performance in the town of Gilford, New Hampshire, in 2019.

According to TMZ, the 52-year-old turned himself in over two counts of Class A misdemeanour simple assault last Friday.

A Class A misdemeanour in the state of New Hampshire can carry a possible jail sentence of less than one year, as well as a possible fine of up to $2,000 (£1,440).

The publication states he has since been released on bail, under the conditions that he won’t commit any crimes while on release.

He also has reportedly agreed not to have any contact with the alleged victim, and will appear at all of his court hearings.

Manson, real name Brian Warner, was allegedly involved in a run-in with a videographer at a show at the Bank of New Hampshire Pavilion, in August 2019.

Authorities first issued an arrest warrant in October of that year, but said this May that he had been dodging them.

His legal team disputed this, claiming he had been in contact with police officers since the warrant was issued.

This is not the only legal issue the star is facing at the moment, with Game Of Thrones actress Esme Bianco accusing him of alleging sexual, physical and emotional abuse.

She was one of several women who spoke out after actress Evan Rachel Wood alleged on social media that he sexually, physically and emotionally abused her during their relationship.

He has since denied all allegations against him, stating on Instagram that they were ‘horrible distortions of reality’.

Metro.co.uk has contacted reps for Marilyn Manson and Gilford PD for a comment.