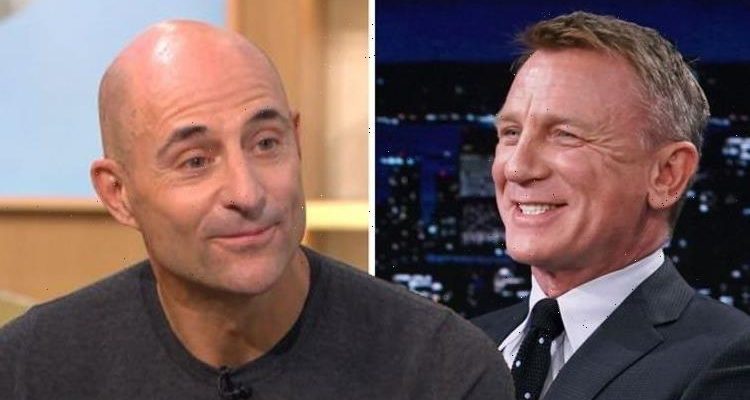 Daniel Craig admits he 'preferred going out to gay bars'

Mark Strong, 58, has admitted he was up for the role of a villain in one of the James Bond films. However, he lost out on the part after a very boozy evening with none other than Daniel Craig.

Mark and Daniel, 53, are good friends, having once even been roommates.

The Temple actor has opened up about their friendship, as well as how it impacted his Bond chances.

Speaking to the Radio Times, he admitted having a boozy night stopped him from getting the role.

He said: “I was up for a villain in one of the Pierce Brosnan films – I can’t remember which – and I had learnt my lines.

“But the night before, I went out for a drink with Danny [Daniel Craig] – this was way before he was Bond.

“And unfortunately, I had a bit too much to drink.”

Mark then admitted this brought him trouble when he found himself in the audition room.

He added: “So I got to the audition the next day, thinking it would all just come back to me.

“But when I got in the room I dried. The more I couldn’t I remember the lines, the hotter I got, the more I started to sweat, and the worse it got.”

Mark explained he was even asked to sit down by the producers at one point.

Daniel went on to land the title role in the film himself in 2005.

He recently starred in his final film as the beloved spy as No Time To Die was released earlier this month.

Elsewhere, Mark is returning for his Sky series Temple soon.

The show, which stars him as a brilliant surgeon, first aired back in September 2019.

Mark will be joined once again by Carice van Houten and Daniel May for the series.

The show will launch on Sky Max and NOW TV on Thursday, October 28 as a boxset.

Speaking about the new series, his co-star Carice said: “We get more of their back story, it all becomes a bit darker and grittier.

“She’s a really ambitious woman who’s now single and fully focused on fighting for her worth.

“But her chances aren’t great,” she added to the Daily Mail.

You can read the full interview in this week’s Radio Times, out now.