Mitt Romney transformed into lovable soccer coach Ted Lasso for Halloween … but the Utah senator might have gotten his fictional characters mixed up in the process, ’cause he used a quote from “Friday Night Lights” to show off his look.

The Republican out of Utah sported some AFC Richmond gear, a nice pair of khakis and a ‘stache to resemble Jason Sudeikis‘ character in the Apple TV show … posting several shots via Twitter on Thursday. 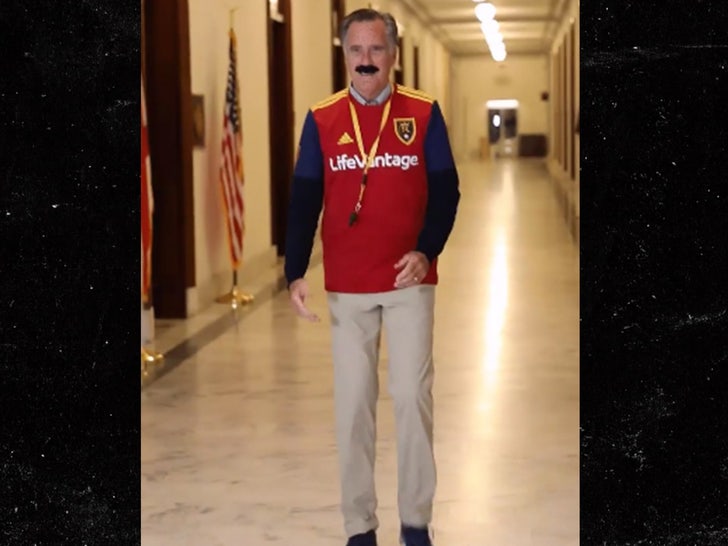 Romney shares one of Ted’s best Lassoisms … saying, “Your body is like day-old rice. If it ain’t warmed up properly, something real bad could happen.”

He also shared some non-Lassoisms … saying, “If you believe in yourself, and have clear eyes and full hearts — you can’t lose” … which is actually a line delivered by coach Eric Taylor in ‘FNL.’

Now, there are a few reasonable explanations here — whoever runs Romney’s social team may not have seen “Ted Lasso” yet and didn’t do much research before sending out the tweet … or maybe Romney himself hasn’t tuned in and was just taking a shot in the dark.

Either way, it’s a solid swing and a miss from Mitt … but good job, good effort. Now be like a goldfish and forget about it.