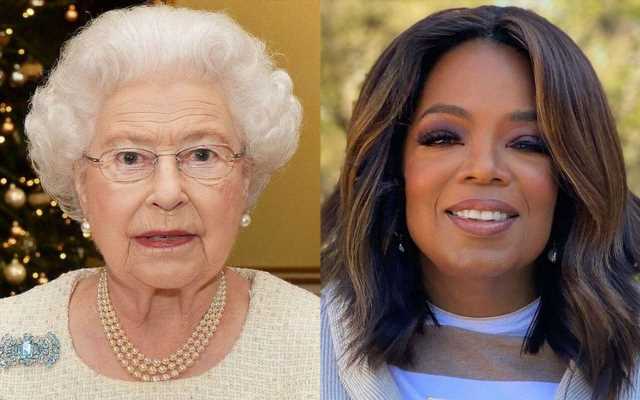 The OWN founder is hopeful that the passing of the British monarch will mend the strained relationship between the Duke and Duchess of Sussex and the rest of the royal family.

AceShowbiz –Oprah Winfrey is hopeful that Queen Elizabeth‘s recent passing will bring the Duke and Duchess of Sussex closer to the rest of the royal family. As relations between Harry and his father, King Charles, and brother, Prince William, are said to have been particularly strained, Oprah hopes it was the first step in bringing the whole family back together again.

The comment was made by the 68-year-old media mogul after her tell-all interview with the couple – who stepped away from official duties to start a new life in the US in 2020 – last year is believed to have widened the rift between them and Prince Harry’s relatives but, over the weekend, the pair joined the Prince and Princess of Wales in meeting members of the public outside Windsor Castle who had come to pay their respects to the queen following her death last Thursday (08.09.22).

“Well, this is what I think, I think in all families – you know, my father passed recently, this summer, and when all families come together for a common ceremony, the ritual of, you know, burying your dead, there’s an opportunity for peacemaking… And hopefully, there will be that,” Oprah told “Extra” when asked if there is hope the queen’s death can “unify the family.”

During her interview with the couple, Meghan – who is biracial – and Harry claimed unnamed members of the royal family had “concerns and conversations” about how “dark” the skin of her son Archie, now three, would be.

She said, “Those were conversations family had with him. They didn’t want him to be a prince or princess, not knowing what the gender would be, which would be different from protocol, and that he wasn’t going to receive security.”

“In those months when I was pregnant, all around this same time, so we have in tandem the conversation of, ‘you won’t be given security, not gonna be given a title’ and also concerns and conversations about how dark his skin might be when he’s born.”

Asked by Oprah if there were concerns her child would be “too brown” and it would be a problem, Meghan said, “If that is the assumption you are making, that is a pretty safe one.”

The former “Suits” actress – who was pregnant with daughter Lilibet, now 15 months, at the time of the interview – also claimed she was left feeling suicidal due to the scrutiny placed on her after becoming a member of the royal family, alleging she received no support for her mental health issues after she spoke with a senior member of the institution asking for help.