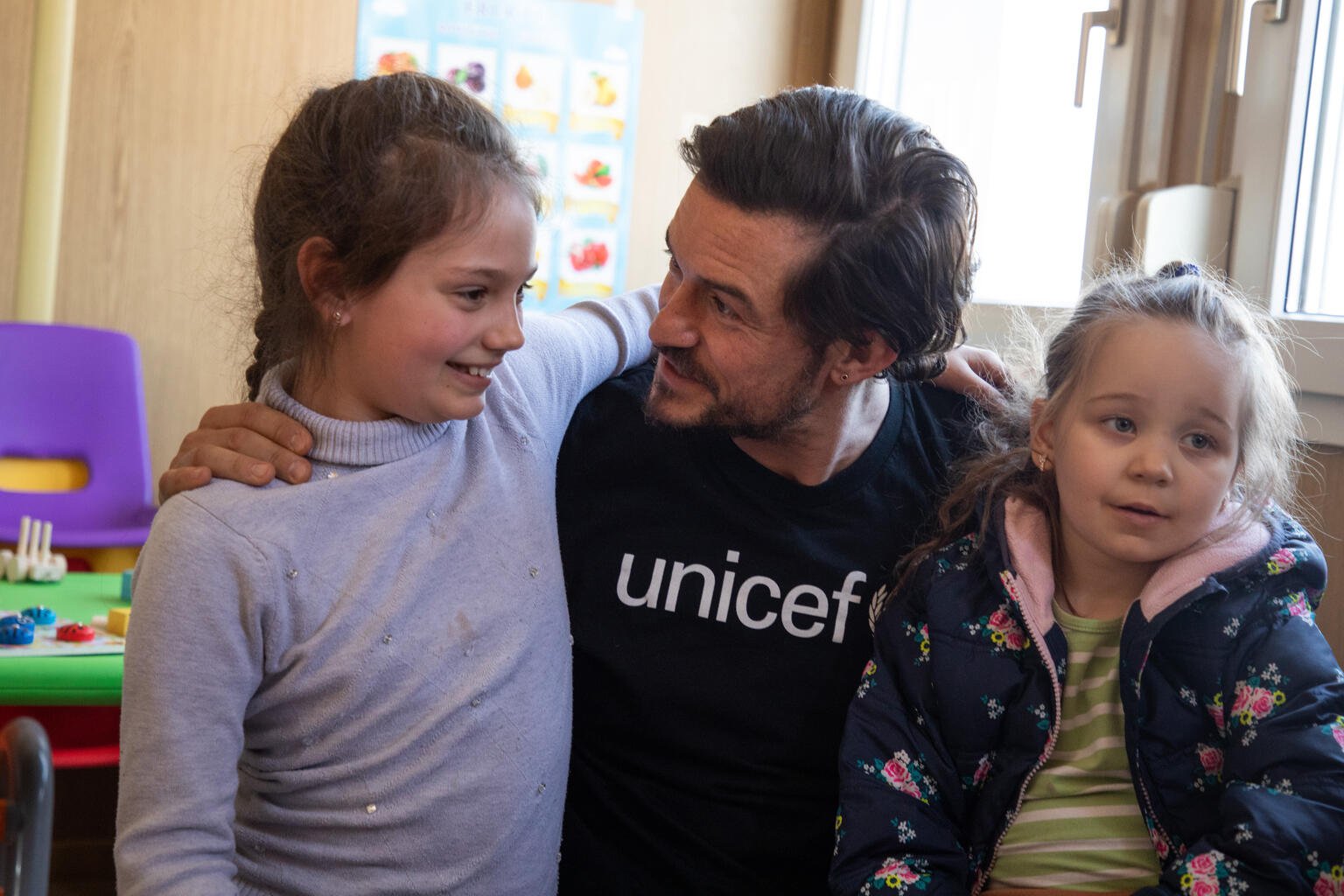 Orlando Bloom has opened up on his experiences meeting children and families fleeing the war in Ukraine.

The UNICEF Goodwill Ambassador has visited nearby Moldova during a two-day trip which saw him stop at a UNICEF-supported ‘Blue Dot’ space, where women and children can get some rest and support as they cross the border looking for safety amid the Russian invasion.

Orlando said: ‘I met one mother as she arrived at the border crossing with her three young children. She told me they had fled Ukraine last night after their neighbour’s house was bombed and they were too scared to stay.

‘It was heartbreaking to see this family and so many others stream through the border after long journeys, with only a few belongings, and not knowing where their journey will end.’

Together with governments and civil society organisations, UNICEF and UNHCR est up three ‘Blue Dots’ in Moldova along key refugee routes, and the one-stop hubs help traveling families with support, identifying unaccompanied and separated children and ensuring their protection from exploitation, and other essential services.

Since Russia’s invasion began on February 24, over 1.8 million children have fled Ukraine, and while many refugees have continued to other countries, almost 100,000 – half of them children – have stayed in Modova.

During his visit, Bloom met a family of five who had left Ukraine earlier this week with a small amount of money and the clothes on their back, and after five nights at Moldexpo they have been offered a place to stay with a local family until they have the paperwork to move on.

He said: ‘Many families and children I spoke with have not only left their homes but also their school, friends, family members and almost everything they own. As a father, I can’t imagine the upset and confusion they must feel.

‘The Blue Dots set up by UNICEF on the borders are a vital first stop for mother desperately looking for some respite, and a safe place for children to play.’

;The urgent and very real threat to Ukraine’s child refugees is growing every day. Children traveling on their own are especially vulnerable to trafficking and exploitation as they make long and arduous journeys,’ Damaj commented.

‘UNICEF is working around the clock in Moldova to provide children and families with psychosocial care and protection services as they cross the border to find safety.’